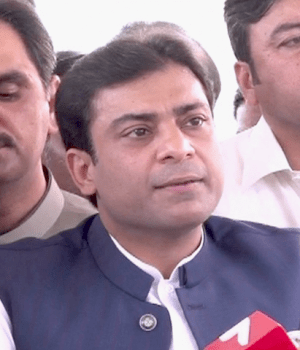 There is still a tussle between the ruling party and opposition lawmakers in the Punjab assembly. The speaker of Punjab assembly made it clear on the eve of Tuesday that everything will move forward according to the law and constitution. There will be no compromise on the violation of rules, he added.

According to the media reports, a committee has also been formed to investigate the matter where PML-N lawmakers are accused of not only damaging the public property but also manhandling the staff of the assembly. The member involved in the incident has reportedly been suspended from the assembly session and are likely to be fined by the speaker as per rules.

These lawmakers are accused of “attacking the assembly staff, damaging the furniture and using abusive language about the government”.

On the other hand, the opposition is still boycotting the assembly and protesting outside of it for the restoration of the suspended members.

A few days earlier the opposition leader in Punjab assembly Mr. Hamza Shahbaz Sharif regretted that the speaker of Punjab assembly was not cooperating with them. “The seat of Punjab Assembly speaker is occupied by a person who stole 12 votes,” Hamza said. “The speaker has also passed derogatory comments on women – Pervez Elahi speaks more like a constable than a speaker.”

He was referring to infamous Punjab police which is allegedly rude and highly politicized force in the province. The speaker has, however, was astonished to learn about the remarks passed by the opposition leader. “Hamza needs to be politically groomed,” he suggested.

The former ruling party announced on the last Friday that they would not attend any session of the Punjab Assembly until a ban was lifted on the entry of six of their MPAs to the House. According to media reports, six PML-N MPAs were barred from entering the House after they allegedly caused chaos and destroyed government property during a budget session on October 16.

Background of the Matter

The situation turned from bad to worse when the provincial minister for finance was presenting his budget speech and a few opposition members tried to raise some points. The speaker, however, asked opposition lawmakers to listen to the minister until he finished the speech. The lawmakers from PML-N came forward and chanted slogans against the government of PTI and Prime Minister Khan.

Experts opine that the PTI-led will continue to face an organized opposition because of its one-point agenda against the corruption and misuse of authority by the public office holders.

The opposition lawmakers reportedly forced the assembly staff sitting on the front row to leave the bench for them and even went to the extent of tearing the budget copies which they threw at the treasury members. They also shouted slogans, making it difficult for Finance Minister Hashim Jawan Bakht to be audible during his speech.

As a matter of fact, since the time PM Imran Khan has announced to let the National Accountability Bureau (NAB) work independently, the opposition is making all attempts to disrupt the process of accountability. After the arrest of PML-N President Mr. Shahbaz Sharif in an alleged corruption, the party fears some other arrests.

Read more: Hamza Shahbaz returns as battle of the Sharifs’ heats up

The PML-N president was arrested by NAB on last Friday in the Ashiana Iqbal Housing Scheme case and was produced before accountability court, Judge Najmul Hasan. The court granted a 10-day physical remand of Shahbaz to NAB. PM Khan, on the other hand, has repeatedly maintained that no compromise shall be made on corruption under any circumstances.

Experts opine that the PTI-led will continue to face an organized opposition because of its one-point agenda against the corruption and misuse of authority by the public office holders. The disruption in the Punjab assembly is said to be one of many expressions of the former ruling party’s political frustration.

How tiny Qatar’s wealth saved it from starvation ?