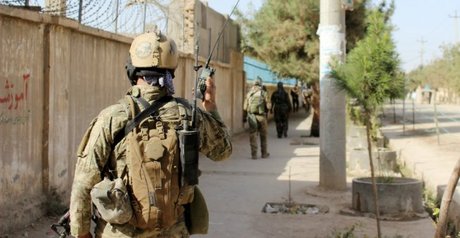 A suicide attack that claimed the lives of at least 50 people at a religious event marking the Prophet Mohammad’s birthday in Kabul on Tuesday is among the deadliest in the country since the fall of the Taliban regime in 2001.

Islamist Taliban insurgents have been behind much of the violence with the Islamic State (IS) group also emerging around 2014. Here is a summary of the deadliest attacks, which have all occurred after 2007:

– November 20: A suicide bomber blows himself up among religious scholars marking the Prophet Mohammad’s birthday inside a Kabul wedding hall packed with hundreds of people, killing at least 50 people and wounding more than 70 others. There is no immediate claim of responsibility for the attack, but the Taliban condemns it.

– September 11: A suicide attack on Afghans protesting the appointment of a local police chief in the eastern province of Nangarhar kills at least 68 people and wounds another 165. There is no immediate claim of responsibility.

– January 27: An ambulance packed with explosives detonates in a crowded street in the heart of Kabul, killing more than 100 people, mostly civilians. The attack is claimed by the Taliban.

The deadliest, which claims 60 lives, is on a police compound in the city of Gardez in Paktia province where militants disguised as police detonate bomb-filled vehicles that clear the way for gunmen to enter.

Another 15 security officials and five civilians are killed in a separate ambush in the neighbouring province of Ghazni.

– May 31: More than 150 people are killed and hundreds wounded when a massive truck bomb rips through Kabul’s diplomatic quarter, shattering windows hundreds of metres away.

– April 21: Taliban militants in soldiers’ uniforms enter a military base in the northern city of Mazar-i-Sharif and open fire on unarmed troops at close range in the mosque and dining hall. At least 144 are killed.

– March 8: Gunmen disguised as doctors storm Afghanistan’s largest military hospital in Kabul in a six-hour attack claimed by IS. The official death toll is 50 but security sources and survivors say it exceeds 100.

– July 23: Twin explosions rip through crowds of Shiite Hazaras in Kabul, killing at least 85 people and wounding 231 others. It marks the first major IS assault on the capital.

– April 19: A truck bomb followed by a shootout leaves 64 people dead and more than 340 injured in central Kabul in a Taliban-claimed attack.

– December 6: An attack in Kabul targeting the Shiite minority on the holy day of Ashura kills 80 people. A second attack in the northern city of Mazar-i-Sharif kills another four. The Taliban deny responsibility.

– July 7: 60 people, including five Indian nationals, are killed and 150 wounded in a suicide car bombing on the Indian embassy in the capital. The Taliban say they were not involved.

– February 17: 140 boys and men, including more than 50 auxiliary police officers, are killed in a suicide attack among a crowd at a dogfight in the southern city of Kandahar. Officials blame the Taliban.

– November 6: 79 people are killed, including 59 children and six parliamentarians, in a suicide attack on a delegation of VIPs visiting a sugar factory in Pul-i-Khumri north of Kabul. The Taliban deny involvement.