Death Penalties for more terrorists in Pakistan’s fight against terrorism 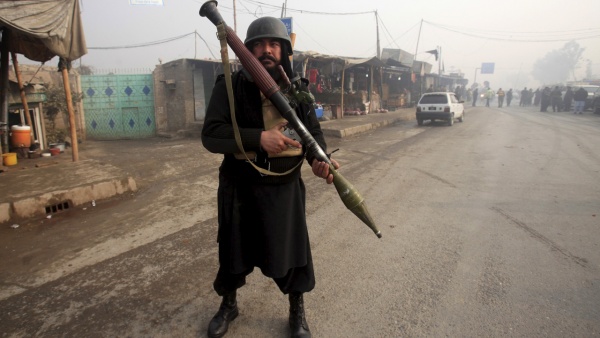 The news was given out by the following press release of the Inter-Services Public Relations (ISPR):

“COAS signed execution orders (Black Warrants) of another 30 hardcore terrorists who were awarded death sentence by Military Courts. The process expedited during Operation Radd-ul-Fasaad. These terrorists were involved in committing heinous offenses relating to terrorism including the attack on APS Peshawar, kidnapping and slaughtering soldiers of Frontier Constabulary, attack on Saidu Sharif airport, and killing of innocent civilians, attacking Armed Forces of Pakistan and Law Enforcement Agencies”.

Read more: Are military operations the only way to counter terrorism in Pakistan?

“Radd Ul Fasad is a commitment by the whole nation of ridding the country of terror”.
– DG ISPR

The confirmation comes on the heels of recent statements and actions against terrorism. In a media briefing on Tuesday, Director General ISPR Major General Asif Ghafoor categorically spelled out the commitment to continue Operation Radd Ul Fasad till the elimination of terrorists.

He further went on to give details of the operation and stated that it was divided into kinetic and non-kinetic actions.

Executions after following due processes have been part of Pakistan’s counter-terrorism efforts.

After the gruesome attack in APS Peshawar in December 2014, the moratorium on executions was lifted. Proponents argued that such measures were important in the prevailing crucial circumstances. The purpose of reinstituting death penalty was to not only make an example out of “jet black” terrorists who were involved in killing innocent Pakistani citizens but also to deter prospective killers. Restoring execution was part of a surge against terrorism after the attack on APS Peshawar, which included a set of other policy actions.

274 cases were referred to Military Courts. Of these 161 were awarded death penalty (12 executed) and 113 were awarded imprisonment of varying duration.

It was believed that legal nuances at times delayed punishing such terrorists and hence given the exigency, military courts were necessary to hasten the process.

The ISPR released the following in January 2017 on the effectiveness of military courts:

“Military Courts were established through a constitutional amendment in the environment of heightened terrorism. The routine judicial system was under stress wherein judicial set-ups/judges were also subjected to act of terrorism. Therefore special constitutional arrangements were made to effectively check the terrorists/terrorism. During the period of its validity, 274 cases were referred to Military Courts. Of these 161 were awarded death penalty (12 executed) and 113 were awarded imprisonment of varying duration. The cases were dealt through due process of law in Military Courts. The disposal through military courts has yielded positive effects towards a reduction in terrorist’s activities. The military courts have ceased to function on expiry of mandated period.”

Read more: After all its theatrics PPP surrenders on military courts

The reliance on military courts to retaliate against terrorism is visible as the tenure of the courts is being extended for two years under the 23rd Amendment to the 1973 Constitution.

The approval from the COAS shows the state’s direction and clarity in using all elements to defeat the epidemic of terrorism in the country.

Regardless, the approval from the COAS shows the state’s direction and clarity in using all elements to defeat the epidemic of terrorism in the country.