Defund the Police campaign: US cops weigh in on the plan

As calls to cut funding to the police grow in the United States, serving police officers weigh in and give their take on the merits and demerits of a cut in police budget. 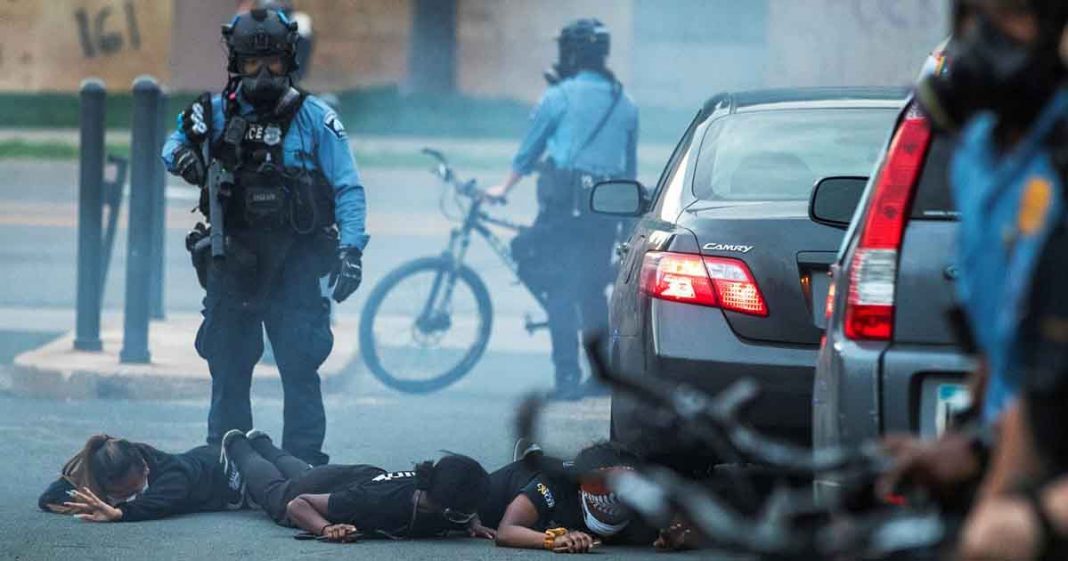 Calls to strip law enforcement of funds should remain on social media and don’t reflect reality, a police union president said. A former NYPD commander countered that some funds could be reallocated and restored if needed. Such are the opinions which are now swirling around in the wake of the Defund the Police campaign which has gained much traction amid the unrest caused by the murder of George Floyd in police custody.

Nationwide protests sparked by the death of George Floyd at the hands of Minneapolis cops last month have spawned a growing movement to defund police departments. The radical idea has already been embraced by Minneapolis City Council, which has assembled a veto-proof majority to replace traditional law enforcement with a “community-led system.”

Debates sparked in all quarters about merits of defunding

The proposal, which proponents admit will take time to fully implement, has sparked fierce debate about how to ensure public safety in America’s cities while rooting out discrimination and corruption.

Stripping the police of funding would have serious consequences, and those who support the idea on social media are likely not the ones who will be most affected by such extreme measures, Joe Gamaldi, president of the Houston Police Officers’ Union, said.

Defunding the police is an extremely dangerous idea. I think it makes for a popular hashtag on Twitter, and you have a lot of Hollywood elites who are jumping in on this.

Gamaldi argued that now was not the right time to cut spending on law enforcement, as crime will likely increase due to the large number of Americans now out of work. “Anti-police rhetoric” has grown in volume over the past few years and does not accurately reflect how the vast majority of officers behave, he stressed.

But with the US spending an estimated $115 billion a year on law enforcement – a figure that has almost tripled since 1977 – some have argued that money given to police could be better spent elsewhere.

A former NYPD commander explained to RT that he felt some police departments would be able to reduce their budgets and still do their jobs effectively.

“I’m not for defunding police all the way, but I’m quite sure – especially given this pandemic and this recession that we’re in – they can find some ways to free up some of that money,” Corey Pegues said, adding that purging departments of corruption and “brutal” cops should be the “number one issue.”

Read more: New US police abuses: US braces for outpouring of anger over the weekend

For now, the prospect of reducing police budgets or abolishing departments altogether is not popular in the United States, with two-thirds of Americans opposing the idea in a recent YouGov poll.

“Defund the police” is a slogan which supports divesting funds from police departments and reallocating them to non-police solutions such as social services and other community resources. Activists who use the phrase may do so with varying intentions, “with some seeking modest reductions and others viewing full defunding as a step toward abolishing contemporary police services.” Police abolitionists call for replacing existing police forces with other systems of public safety like housing, employment, community health, education and other programs.

We have spent decades defunding education—most people’s only tool to a healthy future—and we can’t defund the police when there is hard data to prove they have abused their power and the system is broken? Be a person who speaks loudly about defunding the police. Change is here.— Chelsea Handler (@chelseahandler) June 9, 2020

“Defund the police” gained widespread popularity during the George Floyd protests. Black Lives Matter and other activists have used the phrase to call for police budget reductions and to delegate certain police responsibilities to other organizations.

Together, cities in the United States currently spend approximately $115bn a year on policing. For many cities, it is their largest expenditure; for example, in Los Angeles, California, it constitutes 51% of the city’s budget. Most cities’ police budgets dwarf other public safety budgets, especially during the COVID-19 pandemic, which has seen other budgets slashed but left policing budgets largely untouched

Many argue that policing and prisons in the US are racist (40% of the US prison population are black despite being only 11% of the population) and that police are very often unsuccessful or incompetent in solving murders (1/3rd are never solved) as well as rape and domestic violence cases. Policing can punish people living in poverty more e.g large traffic tickets which creates conditions where crime is more likely. For example in 2014 and 2015, NYPD officers staged a “slowdown” (targeting low-level offenses) to protest the mayor, this lead to a drop rather than an increase in crime. Defunding the police and investing in other public services recognises an over reliance on police for an unrealistically wide range of roles in the United States