Will Punjab CM Buzdar live up to dengue challenge? Given the current political climate coupled with the rising criticism on him, it would be interesting to see how long PM Khan puts his weight behind the provincial chief minister. The premier has already spent huge personal political capital in defending CM Buzdar in the past year or so. 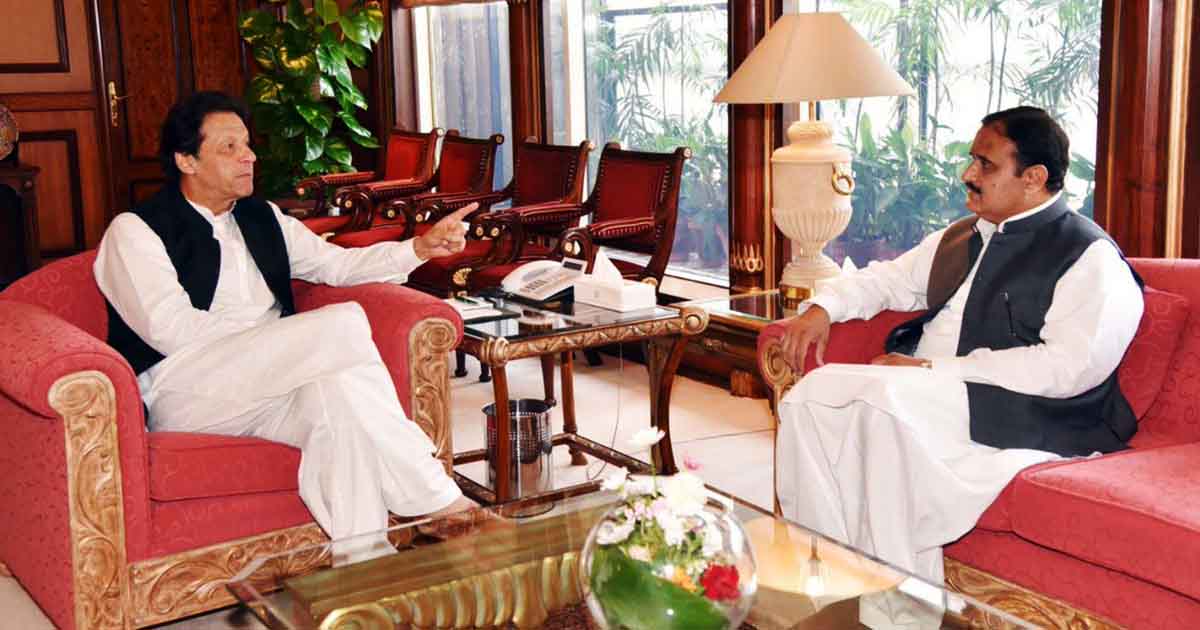 Dengue has revisited Punjab with full force ringing alarm bells in power corridors and among the public at large.

In the wake of the recent outbreak of dengue fever in Punjab, an increasing number of patients have headed to the three government hospitals in the Rawalpindi – Holy Family Hospital (HFH), Benazir Bhutto Hospital (BBH) and District Headquarters (DHQ) Hospital – for treatment every day as the hospitals struggle to accommodate the sudden influx of patients.

The dengue outbreak has not only been seen as a huge challenge for the health authorities but for political administrations of Punjab, Khyber Pakhtunkhwa and Sindh. Reportedly, at least 62 dengue fever cases were detected in Rawalpindi in the last week, taking the reported cases toll to 1,436 during the current year.

When Shehbaz Sharif was the chief minister, she said, he had eliminated dengue from Punjab as well as Khyber Pakhtunkhwa.

The number of patients admitted to the public-sector hospitals do not give the complete picture as there is no data available with the district administration and the health department about patients being treated in private hospitals and clinics in Rawalpindi. Similarly, it was reported that at least 90 cases of dengue have so far surfaced in Lahore this season – a claim that the Punjab government’s health department refuted while putting the number at 20.

The official claim has fallen of its own weight as the rising number of dengue cases forced Punjab Chief Minister Sardar Usman Buzdar to order an inquiry to find out the reason and deputed the chief secretary to supervise the anti-dengue drive. At the moment, the increasing number of patients admitted in the government hospitals in the garrison city has led to a situation where many people were left in hospitals without beds in the last three weeks. 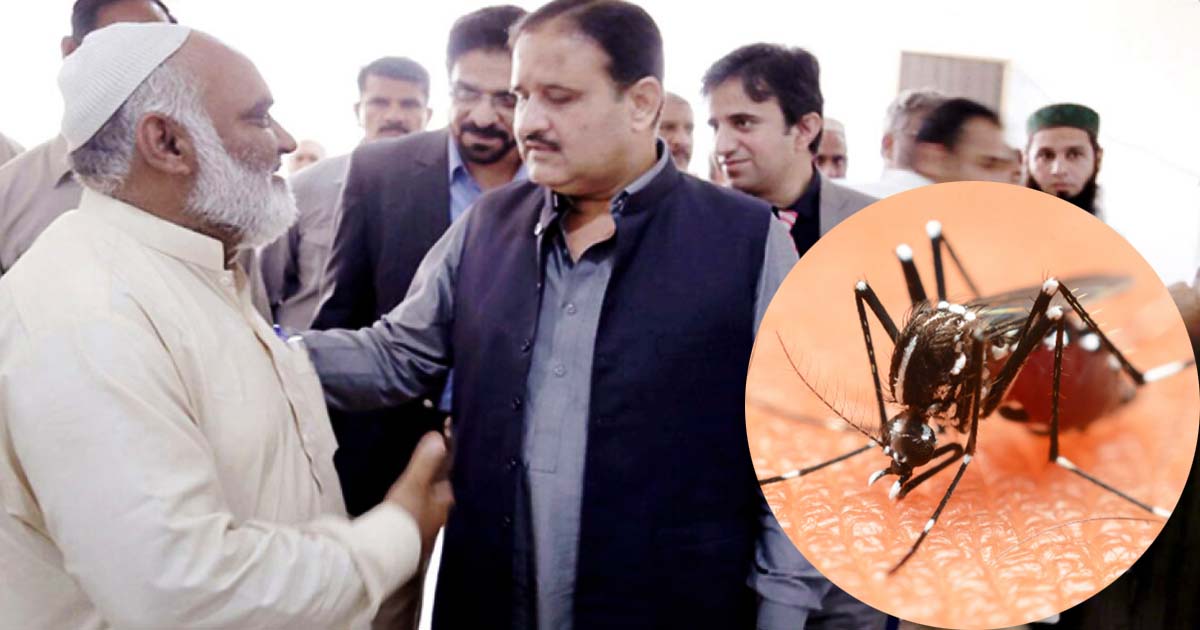 Apparently, it seems little efforts have been put in handling the epidemic effectively as despite a large number of dengue cases, no major awareness campaign has so far been launched by the government.

Prime Minister Imran Khan, who being PTI chairman had previously attempted to score political points in 2011 when Punjab was hit by a deadly wave of dengue, had named the Sharif brothers – former prime minister Nawaz Sharif and ex-Punjab chief minister Shehbaz Sharif – the “Dengue Brothers”.

Thousands and thousands of patients were suffering from dengue and heavy criticism was directed at the PML-N government for failing to curb the spread of dengue fever in 2011-12.

However, the ex-Punjab CM Shehbaz Sharif had put the government machinery in action by conducting detailed surveillance to make sure there was no fertile ground for the breeding of mosquitoes, massive public awareness campaigns were started, countless seminars were conducted in schools & colleges and there was a major drive to educate the public on how to prevent the disease.

So much so that Shehbaz had requested for Sri Lankan aid in the fight against dengue. On his request, the president of Sri Lanka had sent a team of doctors to Punjab to help the province control the outbreak of the dengue virus. He had also helped the KP government in fighting the disease.

The critics say that CM Buzdar’s governance is not up to the mark, he is not proactive, he is not capable of dealing with the issues, he has failed to inspire his bureaucracy and he has become a laughing stock within the PTI ranks. They say that the provincial government should have led the same kind of dengue awareness campaign that the previous government had launched in order to keep people safe during the season.

Given the current political climate coupled with the rising criticism on CM Buzdar, it would be interesting to see how long the premier puts his weight behind Buzdar. PM Khan has already spent huge personal political capital in defending CM Buzdar in the past year or so.

Expressing concerns over the increasing number of dengue cases in Punjab, the PML-N has blamed the PTI government for it. In a statement, PML-N spokesperson Marriyum Aurangzeb said: “the incompetent government has deprived people from facilities of health, free tests and medicines at public sector hospitals and left them at the mercy of dengue.”

The spokesperson said dengue cases were increasing in different areas of Punjab due to inefficiency and non-initiation of timely steps by the government. She said maladministration had reached such a level in Punjab that thousands of dengue patients were lying in hospitals unattended.

Dengue spreads by the mosquito bite and patients face a deficiency of platelets due to which transfusion of platelets is required as the patient’s blood does not have the normal clotting ability.

When Shehbaz Sharif was the chief minister, she said, he had eliminated dengue from Punjab as well as Khyber Pakhtunkhwa.

Amid reports that some elements in the ruling party were ‘conspiring’ against Buzdar, its important coalition partner Pakistan Muslim League-Quaid (PML-Q) has again put its weight behind the ‘struggling’ chief executive of the province.

PML-Q leader and Punjab Assembly Speaker Chaudhry Pervaiz Elahi called on Buzdar and reaffirmed his party’s support to him. “We are with you and will remain so,” Elahi told Buzdar.

Elahi was critical of Shahbaz Sharif’s 10-year rule in Punjab in which he said the younger Sharif had rendered the province bankrupt. “I had left the province in surplus while Shahbaz Sharif not only made it bankrupt but also stopped all development projects in his bias against me,” the speaker said.

The PML-Q has 10 members in the Punjab Assembly, with two of them members of the Buzdar cabinet. Earlier, the PML-Q had warned that it might consider parting ways with the government had he (Buzdar) was removed.

Number of Dengue Patients Rises to 1,889 in KP

Meanwhile, the officials of Peshawar Health Department have revealed that the dengue virus continued to affect more people as the number of people suffering from dengue virus has reached 1,889 in Khyber Pakhtunkhwa in which 891 patients have been tested positive.

Interestingly, according to a media report, senior officials of the provincial health department during a briefing to the chief minister on dengue claimed that dengue virus hasn’t taken any human life in the province. However, it added, according to government officials and elected representatives, three people recently died of d dengue virus in Mushtarzai area of Peshawar.

According to officials, Dawn stated, there have been almost 1,700 cases of the disease in Sindh, with the vast majority recorded in Karachi.

Last week, it stated, a man in Karachi who was already suffering from hepatitis B tragically succumbed to the illness, becoming the eighth dengue-related fatality in the city since the start of the year.

A statement of the World Health Organization (WHO) has stated that since 2010, Pakistan has been experiencing an epidemic of dengue fever that has caused 16,580 confirmed cases and 257 deaths in Lahore and nearly 5,000 cases and 60 deaths reported from the rest of the country. The three provinces facing the epidemic are Khyber Pakhtunkhwa, Punjab and Sindh.

The statement said that the WHO country office in Pakistan is providing technical support to the government of Pakistan in its response to the epidemic of dengue fever. It said that the support was being provided to all three provinces facing the epidemic – Khyber Pakhtunkhwa, Punjab and Sindh.

“WHO is fully committed to improving the health of the population of Pakistan. It will continue in its efforts to assist Pakistan’s dengue response by providing situation analysis, guidelines for quality-assured interventions and capacity-building for health planners and care providers at all levels and in all provinces in Pakistan,” the statement read.

Contrary to the WHO number, Dawn has reported that more than 48,000 confirmed cases were reported from across the country between 2011 and 2014. It said that Pakistan has experienced many dengue outbreaks since the first outbreak was observed in 1994.

Dengue spreads by the mosquito bite and patients face a deficiency of platelets due to which transfusion of platelets is required as the patient’s blood does not have the normal clotting ability.

If timely treatment is not provided, the disease may turn into a life-threatening dengue hemorrhagic fever. Fever may lead to bleeding, low levels of platelets and blood plasma leakage, or into dengue shock syndrome – a dangerously low blood pressure.

Many people with mild or moderate #dengue can be cared for at home.
Proper hydration 🚰 and rest 🛌 at home during the early stages can reduce the risk of dengue becoming severe. pic.twitter.com/PjrnotluY0

Previous articleThe taller you are, the less likely it is that you have diabetes!
Next articleIndian Army Chief Threatens to Attack & Occupy Azad Kashmir

25 September 2021
Previous articleThe taller you are, the less likely it is that you have diabetes!
Next articleIndian Army Chief Threatens to Attack & Occupy Azad Kashmir