Russia has kicked off production for a batch of S-400 missile defense systems with India’s name on them, bringing a deal reached in 2018 one step closer to fruition despite fevered protests – as well as threats – from Washington. 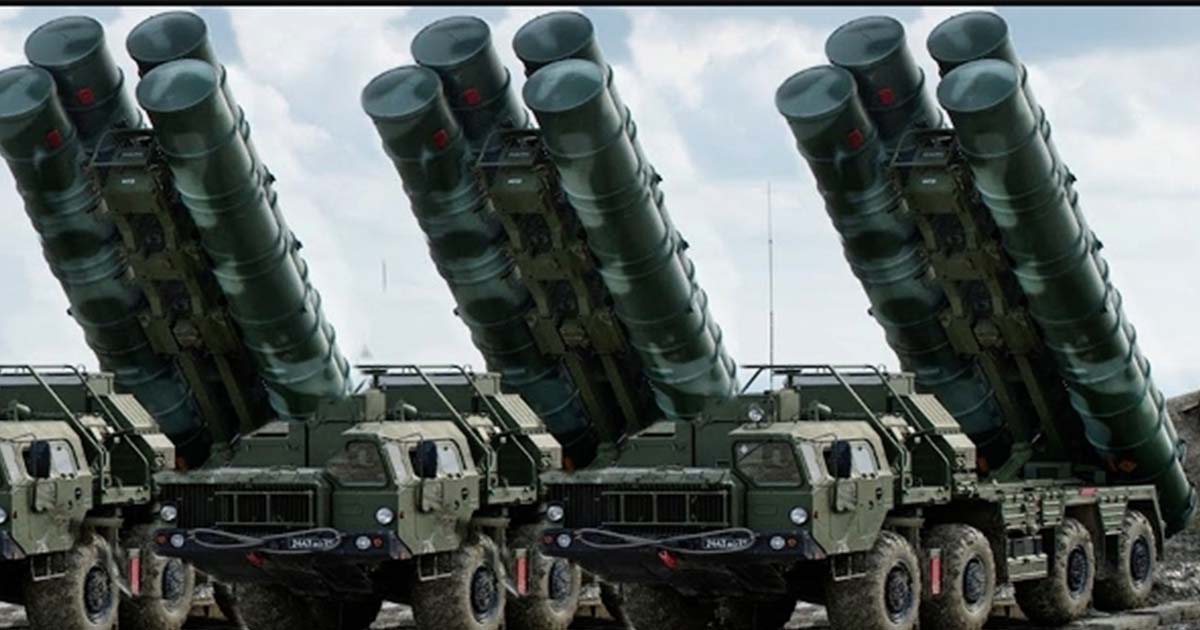 Russia has kicked off production for a batch of S-400 missile defense systems with India’s name on them, bringing a deal reached in 2018 one step closer to fruition despite fevered protests – as well as threats – from Washington.

“The Almaz-Antey concern has begun manufacturing the S-400 systems for India, and Russia will deliver the S-400s to India within the timeframe stipulated by the contract,” said Russian Industry and Trade Minister Denis Manturov, adding that training centers had already been established in India to prepare operators of the missile system.

S-400 is one of the most advanced surface-to-air missile systems and an upgraded version of S-300. Designed and manufactured by a Russian state-owned company, Almaz-Antey, this missile system has state of the art features and capabilities coupled with fairly low cost as compared to its counterpart, the U.S. Patriot Pac-2.

The S-400 Triumph air defence system consists of a multifunction radar, automatic detection and targeting systems, anti-aircraft missile systems, launchers, and command and control centre. It creates a layered defence by having the capability of firing three kinds of missiles.

It engages all kinds of aerial targets, including aircraft, unmanned aerial vehicles (UAV), and ballistic and cruise missiles, within the range of 400km at an altitude of up to 30km. The system can simultaneously engage 36 targets.

The S-400 is twice as effective as the previous Russian air defence systems and can be deployed within five minutes. It can also be integrated into the existing and future air defence units of the airforce, army and navy.

Since Moscow and New Delhi inked a $5.43 billion contract for five S-400 units in 2018, Washington has made numerous attempts to scuttle the deal, warning India the move could restrict the country’s “interoperability” with American systems, and at times even hinting at economic sanctions.

A senior State Department official told reporters last month that should New Delhi go through with the purchase, “there’s a risk of application of sanctions” under the Countering America’s Adversaries Through Sanctions Act (CAATSA), legislation the US has brandished largely against its own allies in an attempt to deter arms deals with Russia, including NATO member Turkey.

India is also a part of many US military treaties and deals. The Indo-US nuclear deal is a prominent example of this which had raised many concerns in South Asia. In addition to that, US has been instrumental in supporting India on different fronts in order to make it powerful to the extent that it may check the growing Chinese influence in the region.

Work is underway to create a training center in India. Completion of deliveries is scheduled for the first half of 2025. The S-400 deal with India was the largest in the history of Rosoboronexport!https://t.co/VlB5FjMf3r

It would be interesting to see how the US ٔreacts to the growing military ties between India and Russia. Will the US be able to impose economic sanctions on India or scuttle any military deal with it? It would be too early to discuss such a scenario. But owing to the tensed trade and economic relations with China, the US might not go to any extreme as it would give the former an edge in the region.

Despite the pressure from abroad, India has remained adamant that it be allowed to pursue its military purchases independently, insisting the decision would not be made by the United States or any other foreign country.

Turkey’s own plans to procure the S-400 have not gone over well in Washington, prompting the US to boot Ankara from its F-35 Joint Strike Fighter program, arguing the system is not “compatible” with the stealth fighter or other NATO defense infrastructure. Like India, however, Turkey has shown no signs of abandoning the multi-billion dollar deal.

Designed to intercept enemy missiles and aircraft, the S-400 is Russia’s most advanced long-range air defense platform available for export.

US-Iran conflict: Iraq invasion should be a lesson

Pyongyang does what it says: One more missile flies over Japan!

What happened to the foreign fighters that flew to join ISIS?