Development of Tribal District: What is PTI’s policy about Elaqa Ghair?

Prime Minister Imran Khan is determined and confident to ensure infrastructural development and better health facilities in the tribal districts of KPK. The real question is how will PM Khan transform tribal area known as Elaqa-e-Ghair or No Mans’ Land into a city like Peshawar? Here is all to know what is the PTI’s policy to counter the challenge. 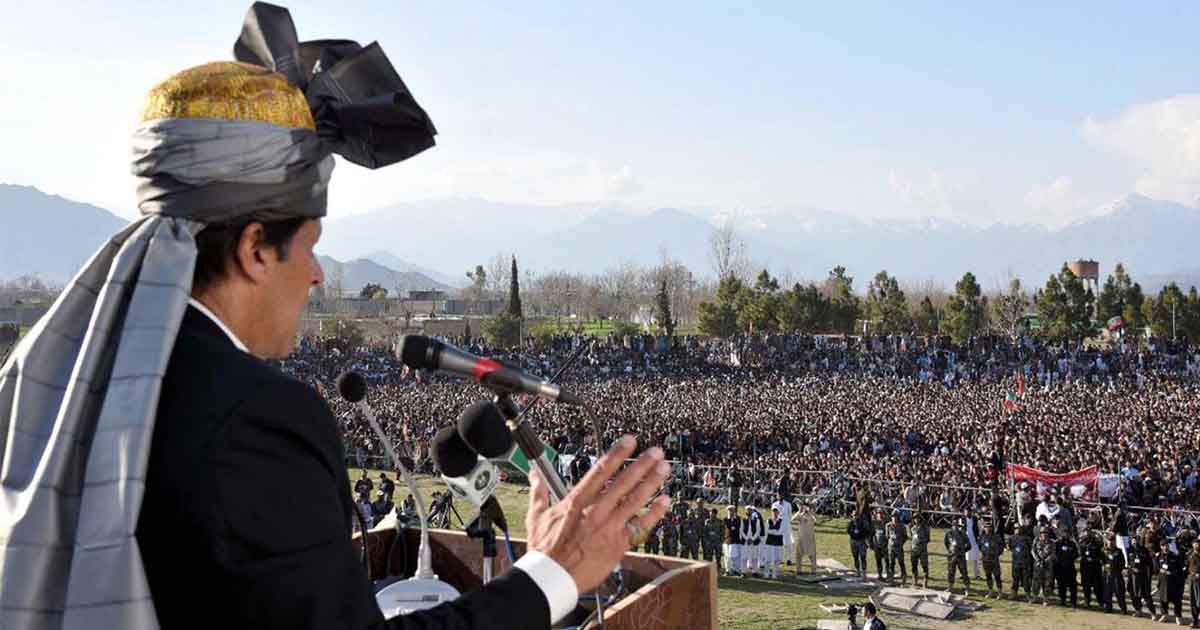 Prime Minister Imran Khan once again assured the people of merged areas of Khyber Pakhtunkhwa of development and better health facilities. He reiterated that his government was committed to taking all possible measures to address the problems faced by the people of remote areas. The premier also repeated his pro-poor policy.

PM Imran was chairing a review meeting on the issues related to energy, higher education, health, and development projects of merged areas of Khyber Pakhtunkhwa on Monday. He said some elements are trying to disturb the peace of these areas, but we have to defeat such elements by keeping the people of these areas informed about the development process.

Tribal districts will be developed whilst education, as well as job opportunities, will be created, with the youth in mind

He was apprised that the required funding from the Ministry of Finance has been ensured for development projects in the merged areas. Regarding efforts to provide an uninterrupted power supply to the people of the merged areas, the Prime Minister was informed that the Ministry of Energy is paying special attention to strengthening the transmission infrastructure in these areas.

Last year, the Premier stated “Our ppl[people] in the tribal area will see unprecedented development as Govt plans to spend over Rs100 billion annually for 10 yrs in tribal districts, Living up to our commitment. A 3-week consultative process on 10 years Dev[elopement] Plan for former FATA is being initiated, starting from Bajaur.”

Living up to our commitment. A 3-week consultative process on 10 yr Dev Plan for former FATA is being initiated, starting from Bajaur. Our ppl in the tribal area will see unprecedented development as Govt plans to spend over Rs100 billion annually for 10 yrs in tribal districts

Recently, the Prime Minister announced the launch of Sehat Insaf Card scheme in the tribal region while on a visit to Mohmand district. In an address to the tribal elders at Ghalanai, the Headquarters of Mohmand district, he said the Sehat Insaf Card would provide benefits to the people of tribal districts like the rest of their countrymen and anyone who has the card will be eligible to get treatment at any hospital up to Rs. 720,000 annually.

He also said that the tribal districts will be developed whilst education, as well as job opportunities, will be created, with the youth in mind. He also reiterated that the construction of Mohmand Dam will help generate electricity and at the same time help irrigate a vast barren land; He further said that tourism opportunities will be explored and promoted in tribal districts as Khyber Pakhtunkhwa can become a tourism hub, which has undoubtedly helped in reduction of poverty during the last five years.

The PM announced the start of 3G/4G internet service for Bajaur without any delay. He also announced a campus of Fata University for Bajaur, the opening of Ghakhi border pass and linking Barang road with The newly constructed Swat Expressway.

“The government has sanctioned Rs 2 billion in loans for the youth of tribal districts to start their business on easy installment and zero markups,” PM Khan promised the Bajaur tribals’ gathering. Premier Imran told the gathering that the people of tribal districts will soon be provided with health cards which would cover the medical treatment of up to Rs 720, 000.

The FATA Reforms Bill was passed by the National Assembly with an overwhelming majority as the 31st Constitutional Amendment Bill. A total of 229 parliamentarians voted in favor of the bill while only 11 opposed it. The KP assembly was no different as 92 MPAs out of the house of 124 voted in favor of the bill. The Upper House of the Pakistani Legislature (Senate) approved the bill with 71 votes in favor while 5 opposing the bill.

Failure of subsequent governments over the years to address the issues of poverty, basic human rights and exclusion from national economic and constitutional affairs led to the political, social and economic alienation of FATA’s population. However, with the new government in power who played a key role in mainstreaming the FATA region, the social and economic uplift of the region can take place. PM Khan’s latest step of 100 billion rupees is one in the right direction.

Would Nawaz Sharif have allowed PAF to shoot down Abhinandan’s Mig-21?

State Life Insurance chips in against illiteracy in Pakistan