DG ISPR Kills Two Birds With One Stone: Honor Religion But Learn How to Fly 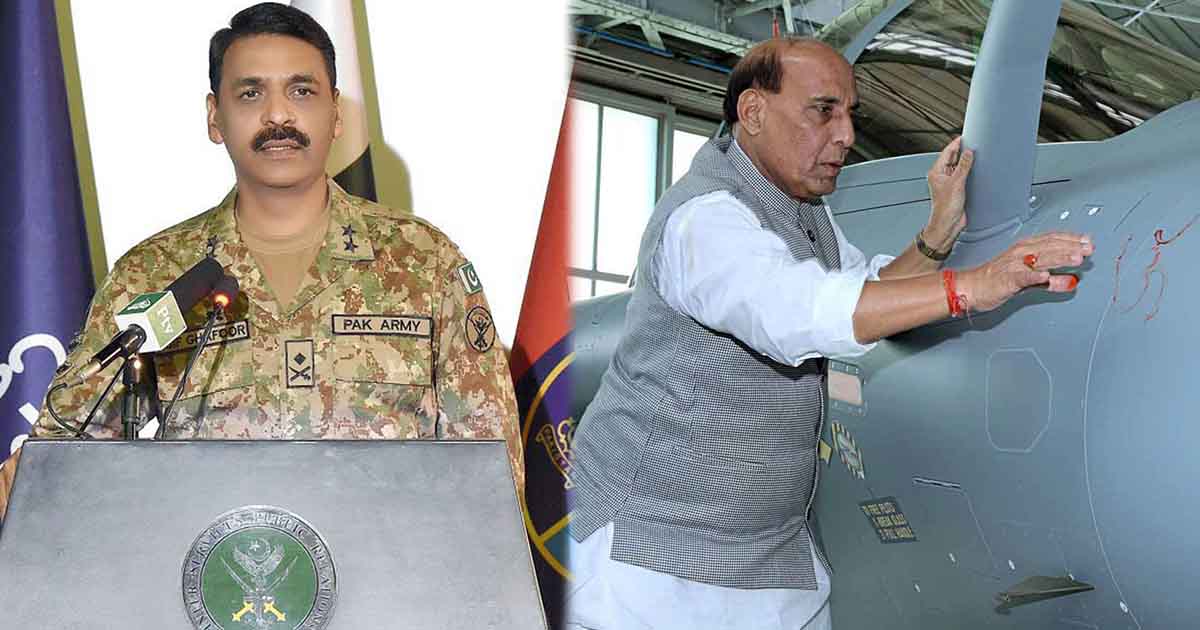 DG ISPR Maj Gen Asif Ghafoor commented on Rafale ‘puja’ conducted by Indian Defence Minister Rajnath Singh. In a tweet posted on Thursday, the spokesperson of the Pakistan Army expressed reverence for the religious ritual followed by Mr. Singh, giving a coherent message to the memesters who mocked Indian minister for baptizing Rafale Fighter jet to protect it from the evil eye.

Nothing wrong in #RafalePuja as it goes by the religion and that must be respected.
Please remember….it’s not the machine alone which matters but competence, passion & resolve of the men handling that machine.
Proud of our PAF Shaheens.#PAFtheMenAtTheirBest— Asif Ghafoor (@peaceforchange) October 10, 2019

He, however, schooled Indians that the potential of the weapon hinges on the skills of the men using it. Hence, weapons alone cannot inflict damage to the foes. He hailed the proficient officers of Pakistan Air Force in his tweet, as competent, passionate, and strong-willed personnel.

Read more: We Will be Ready Now: Indian Air Chief Boasts Rafale will Give Edge over China & Pakistan

Indian minister Singh was snapped performing Shashtra Puja reportedly for the protection of Rafale jets and securing it from the evil/bad eye as per Indian traditions. He performed the Shashtra Puja at the Merignac airbase near the city of Bordeaux in France, where he received the first of the French-made Rafale fighter jets.

His religious ritual attracted attention on social media with many praising him for sticking to his religious belief. But memesters on social media had a field day posting their wittiest comments on the home minister’s decision to offer coconut, place lemons under tires and draw the symbol of ‘Om’ on the Rafale jet.

A few netizens raised pertinent questions of enforcing Hindu traditions for a state-level activity when India is a secular country.

Tens of thousands protest in India for controversial Hindu temple