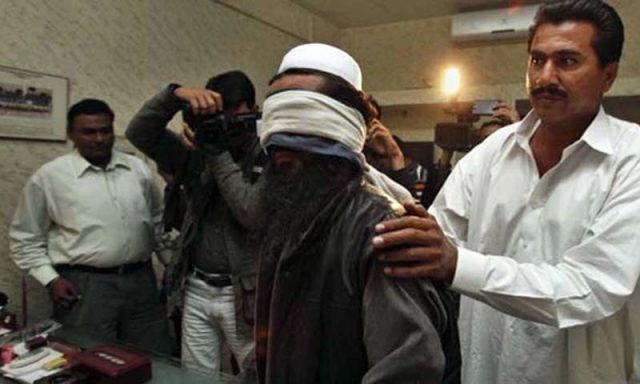 Major General Asif Ghafoor, Director General Inter-Services Public Relations (ISPR), clarified on Tuesday that the crackdown against banned organizations is not due to anyone’s directives. DG ISPR also reminded that the decision to ban Jamaat-ud-Dawa and Falah-e-Insaniat was in fact taken in January. “The government had decided to take action against all proscribed organization in January; there was no Pulwama then.

Unfortunately, the decision to ban these outfits couldn’t be announced in January but during the National Security Committee meeting on Feb 24 it PM Khan had issued the directed,” General Ghafoor added while talking to a private news channel. He was alluding to Indian media which claimed that the government in Pakistan took action against banned organizations after Indian pressure, a claim Pakistan has completely rejected.

In September 2017, Chief of Army staff had said that prerogative to use ammunition is with the state and state only. There was no Pulwama attack then, neither was FATF.

Pakistani law enforcement agencies during the crackdown against banned organization have taken more than 40 members including senior leaders of Jaish-e-Muhammad (JeM), into custody on Tuesday. Interior Minister of State Mr. Shehryar Khan Afridi during a press conference said that nobody will be allowed to challenge the writ of the state.

“Crackdown against members of the banned outfit is part of National Action Plan. 44 members of these have been arrested so far. Crackdown would continue against banned outfits involved in act of violence & terrorism. Pak has faced the longest war of terror & we r taking actions against it,” he tweeted on Wednesday.

DG ISPR also said that Pakistan has received a dossier from India and it is under consideration by the relevant ministries and institution. “As Prime Minister has promised, if India would provide any actionable evidence, Pakistan will take the responsible organization/individual to the task.

Read more: No to extremism in Naya Pakistan: Government goes after banned outfits

We are against terrorism and will not let Pakistan’s soil be used by terrorists. We will take action against those involved in any act of terrorism as per the promise of our Prime Minister and not because of any external pressure; as this is something in our own national interests and ultimately benefits Pakistan,” General Ghafoor clarified.

Further stressing on the fact that Pakistan is working against these banned outfits out of its own will, DG ISPR said, “In September 2017, Chief of Army staff had said that prerogative to use ammunition is with the state and state only. There was no Pulwama attack then, neither was FATF. COAS repeated the same during his speech at the Munich Security Conference that we will de-weaponize and deradicalize our society.”

PTI leadership has maintained so far that there shall be no compromise on the rule of law. Therefore, those who challenge the writ of the state will be dealt with accordingly.

He further elaborated that Pakistan developed a National Action Plan (NAP) after a horrible attack of Army Public School (APS) which claimed the lives of more than one hundred and twenty innocent school going kids. “All political parties agreed to devise a comprehensive framework to counter terrorism. A step-wise strategy is devised for such massive operations. First, we were busy in fighting against hardcore terrorists.

Now that we have successfully eliminated them, our law enforcement agencies are going after banned organizations,” DG elaborated to anchor Kamran Khan. General Ghafoor also lamented that during the cold war world powers pushed us into that mess and now we are left alone to clean it up.

It is important to mention here that Pakistan has announced to take action against all banned organizations operating in the country. According to details, Foreign Office (FO) Spokesperson Dr. Mohammad Faisal announced issuance of the UNSC (Freezing and Seizure) Order, 2019, which is in accordance with the provisions of Pakistan’s UNSC Act of 1948.

The government has also decided to take control over “All kinds of assets and properties of all [banned] organizations”. Pakistan has banned many organizations like Sipah-i-Sahaba (SSP), Ahle Sunnat Wal Jamaat (ASWJ), Lashkar-e-Jhangvi (LeJ), Tehreek-e-Taliban Pakistan (TTP), Tehreek-e-Taliban Swat, Tehrik-e-Nifaz-e-Shariat-e-Mohammadi and Jamat-ul-Ahrar in the past for their involvement in extremism and promotion of terrorism in the country.

Experts and analysts welcomed a ‘courageous and bold’ decision of Prime Minister Imran Khan against religious fanaticism to make Pakistan an inclusive and peaceful state. Pakistan has long been accused of harboring of terrorists belonging to globally designated terror groups to use them as its strategic assets, an allegation the country has always rejected and termed as baseless. New leadership in Pakistan is reportedly clear about its direction and has the vision to work on improving the economy and reforming society by eliminating all sorts of terrorism and extremism from Pakistan.

Information Minister Fawad Chaudhry has made it clear on several occasions, before Pulwama attack, that his government was going after religious extremists who have compromised the stability of society. Maulana Khadim Hussain Rizvi, a firebrand speaking and chief of Tehreek-e-Labbaik Pakistan, was also taken into custody after using abusive language against the security institutions and armed forces of Pakistan and encouraging his followers to kill judges who acquitted Ms. Asia Bibi, a Christian woman falsely accused of blasphemy. PTI leadership has maintained so far that there shall be no compromise on the rule of law. Therefore, those who challenge the writ of the state will be dealt with accordingly.

Do not get enrolled in two-year BA and MA programs, HEC alerts students

World, get ready for an empowered and stronger Pakistan