Did Pakistan lose more than just a war in 1971?

History is marred with the boisterous accounts of the ones who won. History doesn't pay much heed to the ones who lose and have been known to present a one-sided view of a story. The same thing happened to Pakistan in 1971 when Indian propaganda flourished and Pakistan lost its dignity. 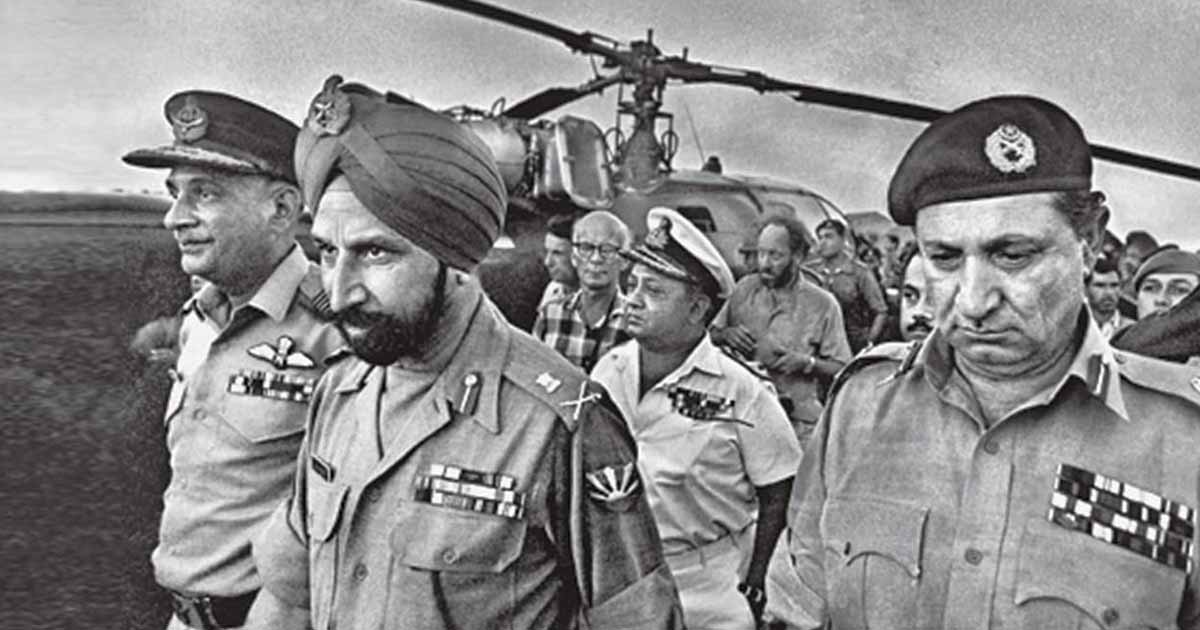 History is written by the victorious and they always glorify themselves and demonize the looser. Generations pass through buying the captors’ fabricated plot while it takes decades to correct the distortions of history muddied by the conquerors. Post world war-2, Germans are presented as human devils devoid of any civilized values while the victorious American and Brits are depicted as angels in human molds. In this foray of narratives, the biggest casualty is the TRUTH.

Come December each year, the nation is reminded of the break-up of the country and the humiliation suffered by its armed forces at the hands of its bitterest adversary. For past 48 years, world, as well as the Pakistanis, were fed on one-sided toxic Indo-Bangla narrative with regards to the tragedy of 1971 in which Pakistan Army was presented as a wild horde of ruffians, mainly from Punjab, devoid of any professional and moral values intrinsically associated with the profession of soldiering.

Although after a lapse of 48 years a lot of realities and pieces of evidence have come to light, not all have been published. Subsequent to Indian Prime Minister Narendra Modi’s open and fulfilled admission in dismembering Pakistan, sans guilt; Pakistani intellectuals, opinion makers and academia also are coming out of the apologetic mindset and have started to view and analyze the facts in a correct perspective. However, it will take considerable time and effort to mitigate the effects of nearly five decades of venomous and one-sided Indo-Bangla propaganda and to present the historical realities to derive correct takeaways.

Internal disharmony provides golden opportunities to a powerful and sinister neighbor like India to achieve its aims and objectives. The use of force to solve a political problem or achieve a political objective is never durable. It is at best a temporary solution. Pakistan Army was dragged into quelling an insurgency in erstwhile East Pakistan.

The operation was codenamed ‘Search Light’ commenced on 25 March 1971. Though officially its termination was never announced, however, by mid-May 1971, it was considered that the main objectives of Operation Search Light have been achieved and restoration of infrastructure work commenced by the end of May 1971. The military administration in East Pakistan did begin to pacify the Bengalis after military action. They tried to repair the psychological and physical damages resulting from the unavoidable action taken against the anti-state elements.

Immediately on commencement of Operation ‘Search Light’, Indian propaganda machinery went overboard to splash exaggerated success stories of Mukti Bahini and fabricated human rights violations of Pakistan Army (which continues to-date). Military administration’s decision to expel foreign journalists from Dacca, at the start of the Operation was a serious mistake that not only isolated Pakistan from the rest of the world but also the international community was fed one-sided Indian propaganda.

Pakistan Army was presented as an oppressor rather than a national army that was trying to control a foreign-sponsored insurgency in its country. In the terrible violence of fratricidal insurgency, the victims were from every ethnic and religious group but only the Indian sponsored Bengalis were presented as victims.

After a short war, India won and Bangladesh emerged on the globe as a new country. As the war ended, the victorious Indians presented professional Pakistan Army as rapists and mass murderers, though no substantial evidence or a bipartisan commission was formed to probe the allegations. Since it was the conqueror’s one-sided propaganda therefore no one academically analyzed the veracity of blame game.

While discussing the history of the 1971 tragedy, atrocities committed by Mukti Bahini against the non-Bengali population are often overlooked and seldom mentioned. The war in former East Pakistan ended on 16 December 1971. On 28 February 1973, Bangladesh Government issued a Presidential Order No. 16 of 1973 which was called “BANGLADESH NATIONAL LIBERATION STRUGGLE (INDEMNITY) ORDER 1973“.

In this order, general indemnity was granted to all Bengali perpetrators who committed crimes leading up to the liberation of Bangladesh and it covered the period from the 1st day of March 1971 to the 28th day of February 1972. Here the question arises that if Mukti Bahini was only struggling against Pakistan Army, then why Presidential pardon was extended till 28 February 1972?

Who continued to be in the cross-hair of Bengali ‘Freedom Fighters’ even after termination of war? The contents of the Presidential Order clearly imply that the non-Bengali population continued to face the wrath of Mukti Bahini even after the end of the war. Further research on this by scholars like Dr. Sarmila Bose and historians may highlight the miseries of west Pakistanis who were left behind after 16 December 1971. Pakistani academia may choose this to be a topic of research for their future discourse.

After 9/11 owing to US involvement in Afghanistan, the South Asian region witnessed a new and deadly wave of violence in which foreign-sponsored armed groups also destabilized Pakistan. Pakistan Army had to fight another bout against the Indo-Afghan sponsored insurgents in Balochistan, former Federally Administered Tribal Areas(FATA) and urban insurgency in Karachi.

Pakistan Army had also struggled against another insurgency in Balochistan in the 70s. Contrary to the prevalent Indo-Bangla narrative which blames of mass murders and rapes to soldiers of Pakistan Army, not a single case of such nature was ever reported while Pakistan Army not only successfully operated in the ambit of law but also engaged in winning hearts and minds campaign in areas from where insurgents were flushed out. The professionalism of the Pakistan Army received recognition at home and abroad. The basic professional and moral fabric of the armed forces of Pakistan even today remain the same as it was in 1971.

It is time not to see the ‘villains’ from the lens of victorious rather unmask the ugly faces of heroes of the ‘Liberation War’.

Indian Armed Forces have been granted blanket powers through the Armed Forces Special Power Act (AFSPA) in suppressing the freedom movements in various parts including Indian Occupied Kashmir(IOK). Their acts of omission and commission are not brought under scrutiny yet several cases of mass murder and rapes have been reported which are seldom covered in International media.

Mass rapes of villages of Kunan and Poshpura of IOK and unidentified mass graves of thousands of Kashmiris are only a few examples as to how the Indian Army treats its subject. Recently Amnesty International, Human Rights Watch and UN Human Rights Chief have issued their reports, separately, highlighting grave human rights violations by the Indian Army against the Kashmiris. The use of pellet guns and clamping of brutal curfew restrictions in IOK since 5 August 2019 are atrocities and repressions new to human history.

Read more: Break-up of Pakistan & creation of Bangladesh; rethinking after 40 years of the fall of Dacca?

A fair amount of writing purported to be from the ‘Bangladeshi Liberation Movement’ perspective falls below the standard of accuracy. Unfortunately in Pakistan, there exists a class of opinion makers and academia for whom all the narratives emanating from India are sacrosanct.

After 48 years, it is important to clear the distortions of history and present a balanced and factual account by collecting the testimony of non-Bengali survivors of massacres and atrocities committed by Bengalis against the non-Bengali civilian population in erstwhile East Pakistan, as well. It is time not to see the ‘villains’ from the lens of victorious rather unmask the ugly faces of heroes of the ‘Liberation War’.

Brig Basit Shuja SI(M)-Retd has done masters in international relations from University of Karachi. He has a vast and assorted experience of kinetic and non-kinetic operations during his over three decades of military service in Pakistan Army. The retired officer is currently working in the corporate sector.

Cockroaches- Part 2. The Rule of Law and due process

How the UN failed Rohingya?