Dior declares men’s fashion future to be suited and booted 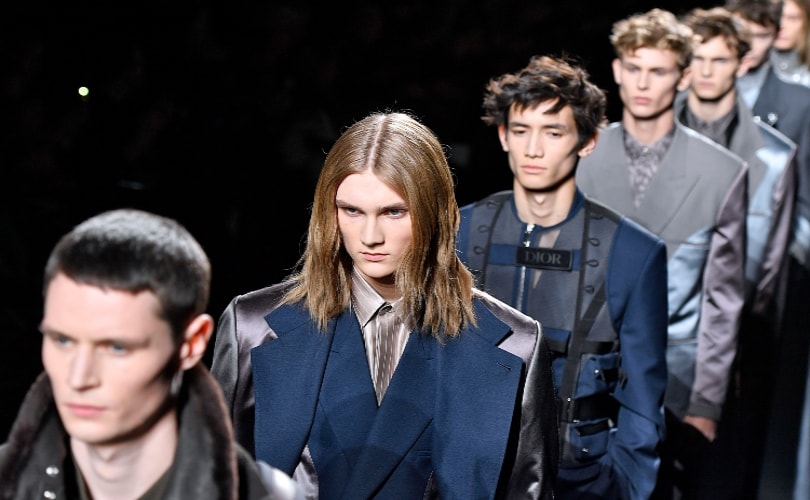 Dior set out to redefine 21th-century tailoring on Friday in a show which summed up a Paris men’s fashion week in which the suit has made a surprising comeback. British-born designer Kim Jones drew inspiration from the French capital’s heroic statuary to suggest that there was no better armour for the modern man than well-cut clothes.

His spectacular show in the shadow of the Eiffel Tower had models standing still like statues on a moving conveyer belt catwalk. The mesmerising effect made it look as if they were gliding or skateboarding to a techno disco beat.

The anti-government demonstrations often turn violent and Dior’s flagship shop on the Champs Elysees was looted after a rally in November.

Jones, in only his second Paris show for the mythic French label since leaving Louis Vuitton, sent out a sleek, dark-hued riposte to the oversized trend that has dominated men’s fashion for several seasons.

Big on blacks, greys and burnished silky browns, his suits and trousers were cut close to the body, with some given added panache with long scarfs worn like the sashes so beloved of 17th-century cavaliers.

Stylised utility vests worn over suits like bulletproof jackets gave some of his models the air of postmodern hussars. “For me the suit and the tailored jacket are the key things which say Dior,” Jones told AFP. “It is elegance, tailoring and couture.

“We have made the black suits cooler and a bit more fashion with new boots… and the scarves are inspired by a dress by Christian Dior (the label’s founder) from 1952,” he said.

Leather trousers and mink and plasticised silk bomber jackets gave the whole thing a sheen of unapologetic streetwise luxury. “We are taking utilitarian things and making them in fine fabrics,” the designer added.

Dior set out to redefine 21th-century tailoring on Friday in a show which summed up a Paris men’s fashion week in which the suit has made a surprising comeback.

Jones also dotted his winter Dior Homme line with leopard print in another nod to the legacy of the house’s founder, the feline, feminine feel softening the collection’s hard edges. But artworks commissioned from the cult Los Angeles punk artist Raymond Pettibon were the collection’s main print motifs, principally his pouty, Lauren Bacall-esque rendering of the “Mona Lisa”.

Despite their punk provenance, Jones called the images “quite romantic”. And like the dog-loving Dior he also referenced his own Pomeranian pooch, Cookie, in his redesign of the label’s classic saddlebags.

Dior had moved its show from Saturday to Friday to avoid the weekly “yellow vests” protests which have plagued the French capital most weekends for nearly two months. The anti-government demonstrations often turn violent and Dior’s flagship shop on the Champs Elysees was looted after a rally in November.

Other protesters scrawled “The people want (to wear) Dior” on its nearby headquarters. Several other luxury brands have been targeted by the “yellow vests” activists, with boarded-up boutiques regularly scrawled with graffiti denouncing the rich.

Is Maulana Fazlur Rehman Eager to be Arrested?

AJK Judiciary: Why not treat it with same respect as in Pakistan?