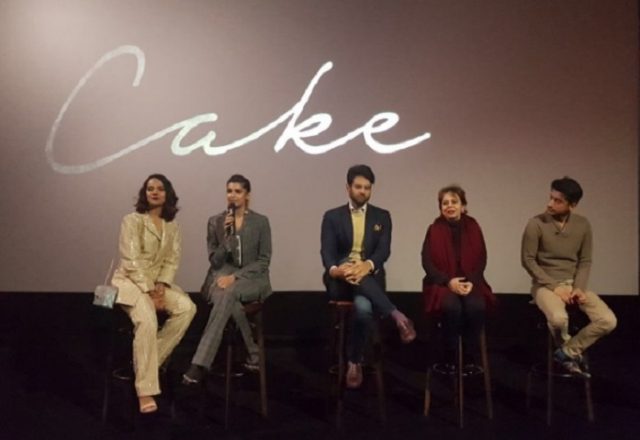 Asim Abbasi won the award for Best Director for his directorial debut ‘Cake’ at the UK Asian Film Festival. The festival has hosted a special screening of the movie on March 20th, followed by a question and answer session with the main lead along with Abbasi.

Abbasi took to Twitter to share the news of his win writing, “Oh wow! So humbled and moved. Thank you UKAFF for the honor.”

Abbasi was not able to attend the ceremony hence BBC Broadcast journalist Attika Choudhary accepted the award on his behalf.

Abbasi said, “As directors, we are forced to lose our honesty at some point. We try and make a film but you have everyone else telling you to do things differently to make it more sellable.”

The cake is slated to release in Pakistan on March 30th. It is a highly anticipated movie that has already garnered lots of appreciation at UK Film Festival even before its release.

With the majority of the local films being either romantic-comedy or comedies, Cake looks surprisingly unique and that’s the reason why everyone is so keen to watch it. The cake has become the first Pakistani movie to be screened at London Leicester Square.

The UK Asian Film Festival is a vibrant festival that gathers artists from Asian film industries. Pakistan particularly shined as movies like ‘Verna’ and ‘Cake’ were featured for screening at UK Asian Film Festival. This is certainly a good omen for Pakistan’s flourishing entertainment industry.