Dispute Between Qatar and Gulf Neighbors No Longer Acceptable: Kuwait

His Highness the Amir Sheikh Sabah Al Ahmad Al Jaber Al Sabah of Kuwait has expressed his grief over the deteriorating situation between the state of Qatar and Arab states. He demanded them to end this ‘unacceptable conflict’. 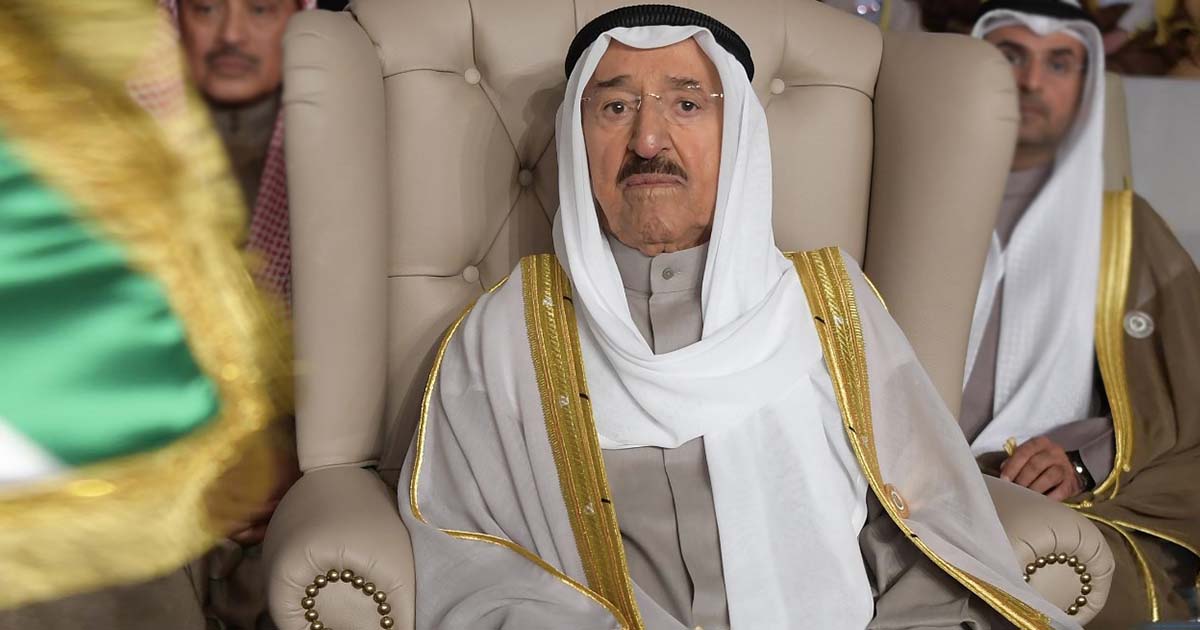 His Highness the Amir Sheikh Sabah Al Ahmad Al Jaber Al Sabah of Kuwait has categorically stated that the dispute between Qatar and its Gulf neighbours “is no longer acceptable” and must be resolved. He was addressing the opening session of parliament’s new term, Sheikh Sabah said the boycott has greatly weakened the unity of the six-nation Gulf Cooperation Council (GCC), of which Qatar is a member.

GCC members Saudi Arabia, United Arab Emirates and Bahrain, in addition to Egypt, imposed a sea, land and air boycott of Qatar in June 2017 accusing it of ties to radical groups. Doha has repeatedly denied the allegations.

“It is no longer acceptable or bearable for the dispute that erupted between our GCC brethren to continue,” Sheikh Sabah, 90, told parliament in his first public appearance since travelling abroad for medical treatment in early September.

Sheikh Sabah, who has been acting as a mediator to resolve the dispute, said the “row has weakened our capabilities and threatened our achievements”, calling for a negotiated solution. The Amir called for national unity in the face of regional developments and protests in several Arab countries.

After the Arab countries decided to give a tough time to Qatar, Turkey decided to stand by the latter and helped her to the maximum capacity. Turkey helped Qatar more than two years ago when Saudi Arabia and three of its allies cut diplomatic and commercial ties and severed its only land link. Qatar’s former allies made all possible efforts to isolate her. However, Turkey took a categorical position and announced to stand by Qatar. It sent soldiers to Qatar and airlifted food and supplies in the immediate aftermath of the boycott. Qatar also pledged $15 billion to support Turkey’s economy.

However, the blockade has created problems not only for Qatar at a structural level but also for the children. Recently, Maryam bint Abdullah al-Attiyah, Secretary-General National Human Rights Committee (NHRC), explained how children are being affected by this unilateral decision of the Arab states.

She added that these violations against Qatari children, even children from the blockade observing countries, are no longer hidden because of the deprivation of their basic rights, especially the right to family reunification with their parents, where Qatari children were prevented from travelling and settling with their parents, only because they had Qatari citizenship.

Furthermore, Al-Attiyah said that the arbitrary decision affected infants and deprived them of their parents, while others found themselves victims because blockade countries citizens were forcibly separated from their Qatari husbands or wives. It is a matter of serious human rights which is affecting the lives of many in Qatar and beyond.

Good for Shaykh Sabah, #Kuwait Amir. He’s right – past time to end this dispute over #Qatar that has weakened the #GCC https://t.co/IRKwdhOrb2

Secretary-General called on the blockade observing countries to stop the violations that did not exclude children, to abide by the international laws and conventions they have ratified in the field of protecting children’s rights, and to implement the resolutions of international organisations and bodies asking them to stop their violations. She also hoped that the international community may play a role in this regard to protect the rights of children and women in the State of Qatar.

Analysts welcomed the statement of the Amir and expected that he will play the main role to diffuse the tension between the state of Qatar and Arab countries in the region.