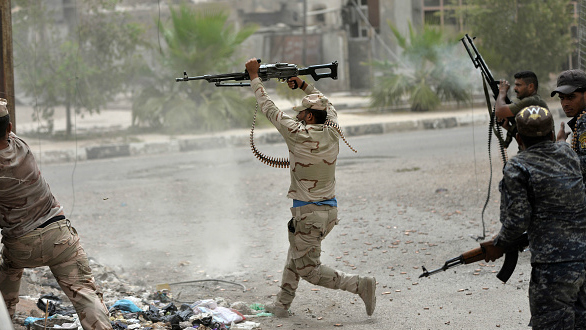 The demand by the Afghan government that Pakistan should go after the Afghan Taliban, might seem simple on the face of it, but actually, it is mired in complexity. Pakistan is facing the heat all around for the last four years or more but still, the institution of the state, especially the military establishment is undeterred. This is being used by India as yet another opportunity to defame Pakistan at the international political level.

This demand from Afghanistan is flawed at least on two grounds if not more. Firstly Afghan Taliban are not a direct threat to Pakistan and secondly, Pakistan will not be much interested to commit the same mistake of bringing a war belonging to others again to its land by engaging the Afghan Taliban. Many a times  chief of Pakistan Tahreek-e-Insaf, Imran Khan has pointed out, that there was no terrorism in Pakistan, prior to 2004, when Islamabad first engaged the militants in the tribal areas of Pakistan, wreaking havoc on the civilians and military personnel and installations resulting in a death toll more than 80,000 as quoted by “Body Count: Casualty Figures after 10 Years of the “War on Terror”” in 2015.

Pakistan did not oppose the rise of the Taliban, for it brought a semblance of stability in a constant power-scuffle in the mid-1990s

The international order is brutal and unfair. Just 30 years ago Pakistan helped the US to bolster these Mujahideen in Afghanistan to fight the invading forces of Soviet Union. Not long ago they were loved and lauded to be the toughest fighters on the roughest terrain. But it all became once upon a time and the heroes turned into monsters without much crime on their part as Al-Qaida was the accused not Taliban. When Taliban came into power in the early 90s, it wasn’t too late before the US has totally vanished from the scene. Perhaps, if the US had taken responsibility at that time, it might have been that they weren’t required to fight such a tiring war, waging around 16 years. But it was left to only Pakistan’s fragile shoulders to handle and clean the mess. Pakistan, at that time, was passing through a period of political turmoil.

Read more:Pulling the plug on Afghanistan

Pakistan did not oppose the rise of the Taliban, for it brought a semblance of stability in a constant power-scuffle in the mid-1990s.The Taliban did bring peace to a war ravaged country for a good period of time.

But while analyzing the current situation in the region, our analysts tend to forget this previous settlement. While blaming Pakistan for not engaging these Taliban the high ups in Kabul tend to forget that while Taliban were ruling, Pakistan never pushed the Afghan refugees to go back, maybe the feeling down under was that the arrangement wasn’t permanent. Again, Kabul also tends to forget that the Taliban group is predominantly made up of Pashtuns, and by militarily engaging those, the repercussions will spill over into Pakistan as well which has a significant Pashtun population.But it is unreasonable for a country to ask its neighbor to militarily engage the most potent political and military force in Taliban. Had it been so easy, we already would have an outline of US policy on Afghanistan sitting on the table. It is said that US President Trump and his advisors are seriously frustrated for not reaching a consensus on a policy.

The line which Kabul is towing isn’t making much sense. A country trying to move out of internal and external wars for about 40 years is directly threatening one of their neighbors instead of dying out to create an everlasting relation. A neighbor which has been a helping hand despite its limitations constantly for the last 40 years. Kabul is trying to give the world the impression that Pakistan is destabilizing Afghanistan owing to concerns over growing Kabul-Delhi relations, where as in Pakistan you won’t see a single effort to subdue this relation. Probably that’s something Pakistan would be least concerned about. It seems like Kabul, at the moment, is more interested in destabilizing or defacing Pakistan rather than stabilizing Afghanistan. For me, at least, Kabul is going nowhere with this line of action. They can only create hatred between the citizens of their countries and nothing more.  It’s not wise trying to put neighbor’s place on fire and not tending towards the bursting fire in your own home.

Pakistan is playing pretty wisely here. Turning a deaf ear to the pointless blame game and focusing on long term goals is probably the best choice at this time. Pakistan is not acting on the “do more” demands from US or Kabul, probably with the reason that if the two are not interested in what Pakistan is dealing with currently and the ramifications it will have to face after acting on the do more demands, why should Pakistan push itself into it. Thus instead of US and Afghanistan, Pakistan is trying to work along with China. Russia is also interested to play its part in this mini cold war not only to exert its influence the regional matters but also to counter the ISIS Khorasan, which is continuously gaining strength in Afghanistan.

ISIS Khorasan is one of the latest entrants in a land already ravaged by different factions fighting each other for space. But it’s one of the most powerful groups to open up its franchise in this area. In 2015 it was also heard that US troops are engaging with the Taliban to counter ISIS-K, but, perhaps this venture didn’t last much longer. ISIS-K received a surge in man power in 2015 after Zarb e Azaab started in Pakistan as most of the Pakistani Taliban with their hideouts destroyed in Pakistan moved to Afghanistan and found a sanctuary under the umbrella of ISIS-K. At the moment ISIS-K and Taliban are at each other. Reports of in fighting in the faction are common place as well, but still, they are putting up a real challenge in front of the Kabul government. In addition to Afghanistan, it is also suspected that their footprint is also pretty clearly visible in Pakistan as well. But fortunately, our security setups have done a very good job in forestalling it. Now this occurrence of ISIS-K is of special interest to both Russia and China. Russia feels that they are dealing with ISIS in Syria and as a result, they might run and find hideouts with ISIS-K and this is the reason regarding the news of talks and aid to Taliban. While China is worried that existence of such setup may not only jeopardize its investment in CPEC and but can also have spillover adverse effects on its southern Islamic population majority province of Xinjiang. But China is also busy in mining outside Kabul and it has bought rights to mining several other rare minerals in Afghanistan. The value of these rare minerals sitting in Afghanistan to be unearthed is suspected to be around USD 1 trillion.

The US is in the process of finalizing its policy for Afghanistan and Pakistan. Donald Trump, I think is a great guy. He is not a common politician rather is a common US citizen. To-date his advisors have failed to give him a good reason to spend more of tax payers money on Afghanistan, in fact, he is not happy with the fact that the US has failed to bring this war to some logical end in the last 16 years. Mr. Trump is also not happy with the role being played by NATO, he rightly feels that the US is being left out with too much burden on its shoulders. Despite repeated requests from the Afghan government, NATO has opted to play a very minimal part. As far as I have seen  Mr. Trump, he has kept the benefit of citizens of US on the forefront while his decision makings, may it be immigration, Russia, NATO or talking to Australian PM on the issue of President Obama’s promise of moving refugees to the US. Same here, my feeling is that he is not willing to send in any more troops to Afghanistan unless he is sure that the advice provided by his advisors is good enough to ensure the safety of US troops and benefit of US.

Afghanistan is on the verge of collapse, with an impotent government infested with corruption and nepotism, dis-functioning government institutions, including the security forces whose incapability is a source of concern for all stake holders. The only hope is that American troops will jump in to protect, which looks pretty thin at the moment, plus even if the US decides to enhance the troop levels, it won’t be pretty high or at least less than the expectations. Now in this scenario, if we suppose that Pakistan agrees to go after Afghan Taliban in Pakistan territory, it can have significantly fatal results for the whole region.

Let us be sure that there can be no solution to Afghanistan without the direct involvement of the Afghan Taliban. There is no other way.

Although I haven’t seen many people talking about it I think the biggest fear that Pakistan will have going after Afghan Taliban will be them joining hands with Indian R&AW. Now that will be a source of serious consideration for Pakistan. With size and capability of Afghan Taliban, augmented with financial and military input from India, can even put the existence of country into serious jeopardy.  Add to this if ISIS-K, which is already involved directly or indirectly in terrorist activities inside Pakistan shakes hands with Afghan Taliban on offense against Pakistan. One should not assume that India will miss the opportunity to unleash on Pakistan. I am sure the Pakistani security establishment would have calculated all this and shall be prepared to counter to the best of their ability, but I am not sure if the others in the equation have done their calculations meticulously. But I am again sure that this step will engulf the whole region into instability with long lasting and probably irreversible consequences.

Let us be sure that there can be no solution to Afghanistan without the direct involvement of the Afghan Taliban. There is no other way. All options have been exhausted. All stake holders need to work together to find out a way to bring them to a negotiating table, and my best bet would be that only Pakistan holds a position to convince them for it. Although I must also say that I feel even this might not work. And if the stakeholders want Pakistan to do this, they must fully trust and respect Pakistan’s legitimate concerns in Afghanistan. If Kabul is to carve out a solution towards stability, it needs to prioritize it above all other goals. Kabul needs help, they need to find out and work on a way to improve their relations with Pakistan. If Kabul has to play a stubborn child’s role, there will be supporters who will clap for them, but none will bleed for them. By the end of the day, it’s their throat which is at stake, they want to die while being cheered to frustrate Pakistan or they play strategically to be lauded after a decade or two for their far-sighted approach which brought stability and prosperity to the whole region?

Diwan Rayan obtained an MBA degree from LUMS and a Law degree from Punjab University.The views expressed in this article are the author’s own and do not necessarily reflect Global Village Space’s editorial policy.