Being born in Independent India, Narendra Modi has the rarest distinction of doing what General Dwyer had done and chose to be his successor in deed. 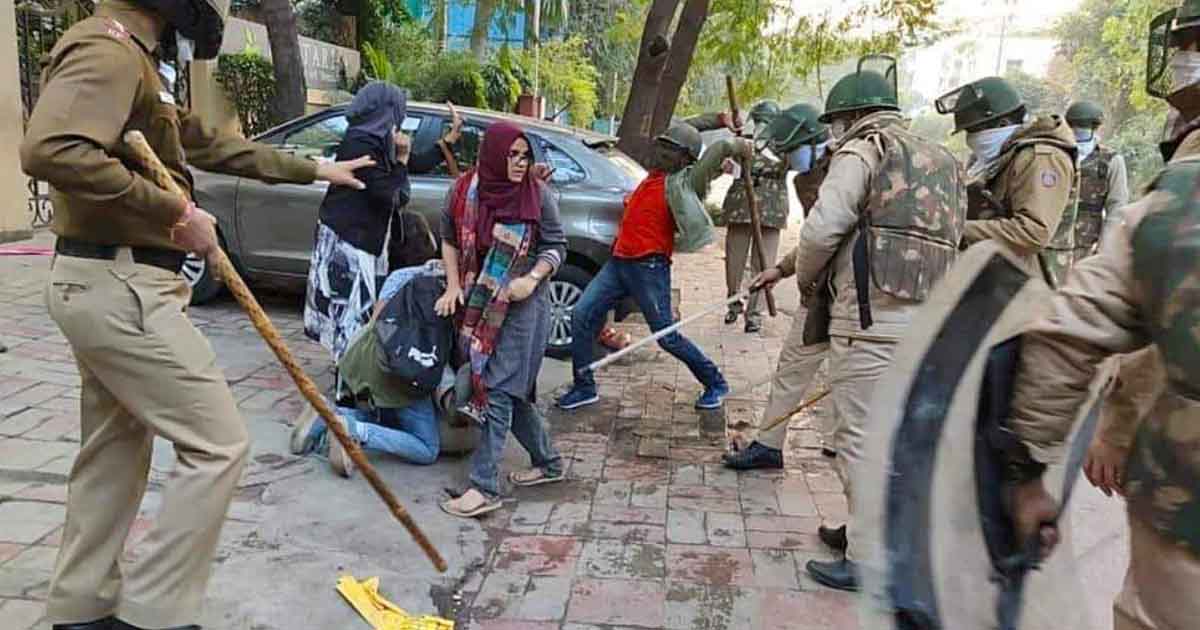 What is happening in India today is the cumulative effect of subversion of justice where eye witnesses have turned hostile and judges have relied on them on all kinds of pretexts. India cannot sail on even keel because of this.

“No one will deny that in question of historic authenticity hearsay does not equal eye-witness.”  al-Biruni

The growing inequality has been underscored by former vice President Ansari Abdul Hamid, an eye witness from within the dispensation: “The minorities should get the same treatment as every other citizen. In our country is that there should be equality of treatment. We should read the preamble to the Constitution. It speaks of equality, justice and fraternity. These words speak loud and clear. Justice is the foundation of every society, along with fraternity. If you do not treat your fellow citizen as a fellow citizen with equal rights, then you are not doing justice. It is, perhaps, missing in greater measure now”.

“After the 2002 Godhra riots, the effective relief has not been delivered by the state government. Those affected had to rebuild themselves. There has to be intent, but there was no intent. There has been ghettoisation of Muslims. Godhra is 18 years is behind us and a whole generation has grown up. They have learnt to survive under injustice. The situation has worsened for minorities everywhere,’’ he adds.

The former VP states: “All the Love Jihad, Ghar Wapsi and anti-conversion laws are all to divert attention from the real problems of the society – development and poverty.”

“The BJP government’s push for religious majoritarianism will damage the society, damage the concept of fraternity and equality and in consequence damage the dispensation of justice, which is the right of every citizen,” he adds.

Long years ago, the people of undivided India sang of having brought their country safely through the tempestuous sea of slavery of the English rule. They alluded to the chopping of fingers of weavers of Dhaka mulmul or muslin and the homespun sarees of cotton and silk of UP made on handlooms. The massacre of Jaliana wala bagh was worst repression ordered by General Dwyer. Being born in Independent India, Narendra Modi has the rarest distinction of doing what Dwyer had done and chose to be his successor in deed. The Sikh avenged it by going to England and killing him.

The work that Modi did was allowing Hindus to kill Muslims in revenge what they had not done. Karan Thapar asked him to do something to clear his image of mass murderer, he ignored it. There was no alleviation done ever till today. He disdainfully rejected the opportunity. He let the enforcement of officially declared policy of conducting false and fake encounters and killed scores of innocent people. Somehow terror attacks were mounted elsewhere to blame innocent Muslims for avenging Gujarat genocide including Akshardham temple attack. Why would Muslims attack a temple and not him in striking distance from there? When the chief priest was revealed the truth by Sanjive Bhatt Modi intensified his revenge against Bhatt. There is no trace of critical thinking here, too.

On tour of North East states Modi preened donning martial attire of the natives and ignored massacre of native Muslims there including how inhuman dragging of Sharif Khan for more than seven miles, stark naked, pelted with stones and beaten most brutally and then hung on the clock tower in the centre of the Dimapur city of Nagaland is a rare nightmare in India for more than seven decades of Independence. For the beleaguered Muslim minority, it is continuing agony. The time was well chosen to offset the cultural malaise of the ignominious male psychology of rapists as revealed through the BBC video film India’s Daughter. It was followed by a week in which PM Narendra Modi expressed regret for a 70 year old nun raped in Nadia in West Bengal and a church in Hisar, Haryana vandalized but no regret for Sharif Khan ala no remorse over the contraption used in catching head of dog with which Ahsan Jafri was caught and hacked to pieces or the Poona techie’s brutal murder by Hindu Jagran Sameti!

The incident of the so called rape in Dimapur on February 23, 2015 was revived to stage manage a protest in which Muslims were again in for identity politics of being meted out jungle law dispensation of justice on March 5th. It surely reminds one of Muzaffarnagar where the incident of teasing a Hindu girl on August 27, 2013 led to the Jat panchayat on September 7 when murder and mayhem was let loose on the Muslims for electoral gains.

Read more: Is there any glimmer of hope for the Dalit in India?

“Indeed Bhiwandi is a worse horror even if the number of victims is much smaller. Nothing like this has happened in Independent India after the holocaust of partition”…the roasting alive of over a score of fellow Indians [at Ansari compound]” wrote the editor of The Times of India on May 21 1984. But much more was in the wake that makes the CM of Punjab Cap. Amrinder Singh compare the farmers gathering at Delhi today to what went wrong in 1984.

How could India negotiate through the volatile stormy times of virtual revolt? They have refused the Machiavellian manoeuvaring of ‘the divider in chief of the country’. The anger of the Sikhs has risen to a level that was seen before the Golden Temple attack. The RSS is unrepentant and keep flying their red flag and not the tricolor of Indian Republic and they march annually well armed with swords and guns in open defiance. How can India ever sail on even keel! That was the vision of Mohammad Ali Jinnah through his apprehension has proved him as foresighted—he had critical thinking.

The earlier flashpoint arrived in similar situation on April 27-28 1984. It was Shiv Sena supremo Bal Thackeray who roared: “Those who have no love for our country take no pride for it have no right to live in India. The government in power has fondled them too long. If I have power in hand I would give such fanatics 48 hours notice and then expel them from the country. In the state of Maharashtra where Shivaji Maharaj was born there are people in Malegaon who want to raise the memorial of Tipu Sultan!!! I will cut them into pieces!” Thackeray in his speech at Satana near Malegaon. RSS secretary Bhandari compared the activities of Sikhs with Palestinean Libration Organizsation. Akhbare-Alan called it turning the fire in Punjab to the Muslims!

Read more: How did the farmers’ protests turn into an oppressed peoples’ Movement in India

Thackeray was the most rabid in his speech and knew no limits and hence had not iota of thinking left when he spoke on May 21 1984 at Girgaon Chowpaty. He believed that Hindus should do to Muslims what Punjabi Sikhs are doing to Hindus. [Akhbar-e-Aalam] BBC covered how 25 Sikh nihang sadhus were butchered. Thus all the horrific and horrendous slaughter has failed critical thinking in the hour of passion and India is on the brink again in2021. All this was building up to the Armageddon in 1980s when Lieutenant Col Ishar Khan was leading his soldiers into the Golden Temple from the Ghanta Ghar Chowk June 14, 1984!