Ditch Anti-Pakistan Agenda if you want Pakistan Working for You: Govt to PTM

The government representatives have made it clear that there can be negotiations with the PTM if its leadership decides to part ways with anti-Pakistan forces and follows  “Pakistan’s agenda”. Is it too much to ask? 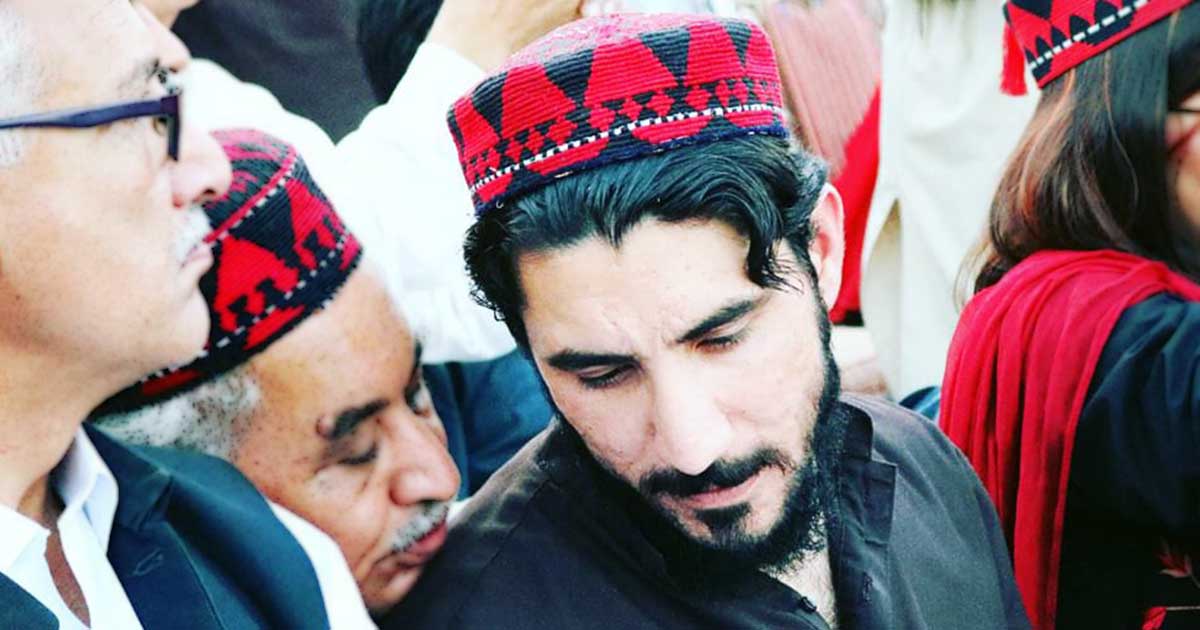 The members of the National Assembly and leaders of Pashtun Tahaffuz Movement (PTM), Ali Wazir and Mohsin Dawar, criticized the security establishment in a session of the assembly on Monday. Both leaders once against verbally attacked the armed forces and demanded them to leave the area. However, the government ministers asked them to follow “Pakistan’s agenda” if they [PTM] want to start off a negotiation with the state.

The PTM leaders came to attend the session of the assembly after four months. Both leaders were arrested by the law enforcement agencies after they allegedly attacked the military check-post at Kharqamar in North Waziristan on May 26. Last week, the Peshawar High Court granted them bail in the said case.

Recently, the DG ISPR has said that the “time is up” for PTM. General Ghafoor talked at length about the PTM, its demands, and links with anti-Pakistan forces in India and Afghanistan.

Defence Minister Pervez Khattak and Interior Minister retired Brigadier Ijaz Shah urged the PTM leaders to re-think and set their agenda in line with the national interest of Pakistan. “The army also wants to come out from there [Waziristan]. If your agenda is Pakistan, then I am ready to hold talks with you.

However, if you continue to talk against the institution which has ensured security and peace in the country, then you will not be heard,” defense minister told the PTM leaders.

Great response by Pervaiz Khattak sb to Mohsin Dawar and Ali wazir allegations
Must listen and retweet it
pic.twitter.com/QGJNg3Tano

The government representatives were responding to the earlier demands of the PTM. Mohsin Dawar has reportedly demanded the Pakistan Army to leave Waziristan. He said we now want immediate removal of Pakistan Army from our areas to foreign media outlets from an unknown place. Dawar openly threatened the armed forces for staying in the tribal areas.

"We will free Ali by force. if anything happened to Ali; then I swear you (army) will not get out of Waziristan alive". pic.twitter.com/8UXLIU6Vwp

It is important to recall that in the month of May, a group of men under the leadership of Mohsin Dawar, Member National Assembly (MNA) from North Waziristan, attacked Kharqamar check post, Boyya, North Waziristan. According to Inter-Services Public Relations (ISPR) at least three attackers, belonging to Pashtun Tahaffuz Movement (PTM), were killed and five soldiers got injured.

PTM leaders can be seen in videos threatening and challenging the army.

Ali Wazir threatening and calling for murder of Army officers, troops. This is the same language that TTP used prior to them in Waziristan.

How peaceful and constitutional. Isn't it? pic.twitter.com/pl2OdGcH0E

Recently, the DG ISPR has said that the “time is up” for PTM. General Ghafoor talked at length about the PTM, its demands, and links with anti-Pakistan forces in India and Afghanistan. He advised PTM to remain within their constitutionally determined limits and must not challenge the writ of the state. “RAW and NDS are funding the PTM. Is it not true?” asked DG ISPR.

Experts’ Opinion: A Global Game or a Regional Agenda?

Experts and political commentators have reservations over what happened in North Waziristan, a place cleared by the Pakistan Army after rigorous and challenging operations since 2014. Professor Dr. Hassan Askari says that “it is important to understand the narratives of India, Afghanistan, and PTM against the armed forces of Pakistan are overlapping. Why it so?”

Dr. Askari also pointed out that the ongoing so-called rights movements need to be understood in a global context where agenda has been set to destabilize the developing state by using their internal fault lines.

Dr, Moeed Pirzada, a prominent political commentator, also tweeted and shared an opinion piece he wrote for the Global Village Space Magazine a year ago.

One year ago, I had written a detailed analysis to explain PTM's real agenda, its funding, support by international media & think tanks, history of old ideas and the new international script behind it. Now is the time to carefully read this https://t.co/7SsJznWVPh via @@GVS_News

Dr. Pirzada noted that “we know that “Spring Revolutions” originate and evolve less on the ground and more on media and cyberspace and sudden interest of publications from New York Times, Washington Post, Foreign Policy to Asia Times Online and many many others point towards systematic efforts to create a “narrative”. BBC Pashto, VOA –Deeva and France 24 all have been overactive – and all are state-funded broadcasters.

This is being reinforced by the plethora of newer western web sites that are all using different words but more or less the same substance, a consistent message moving from different directions to create and reinforce a mental reality. This is further reinforced by teams of activists connected with NGO’s and international media inside Pakistan.”

Experts believe that the PTM leadership should not mislead their innocent supporters and must not continue this war against the armed forces of Pakistan. A political settlement may take place if the PTM decides to part ways with anti-Pakistan forces.

We shall continue our fight against terrorism even without US aid: COAS