“Do more” to get out of FATF greylist: Experts to govt 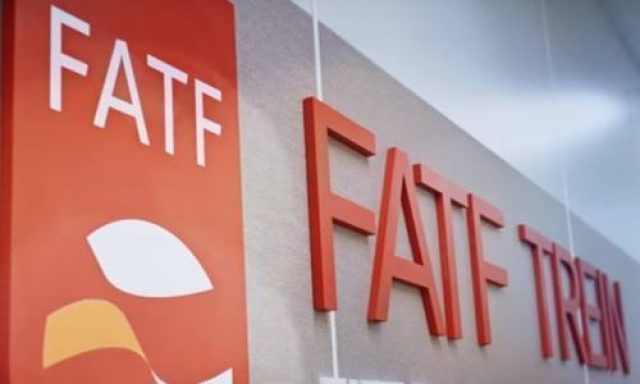 An Asia Pacific Group (APG) delegation comprising financial experts has expressed dissatisfaction over the progress that has been made so far by Pakistan about the 10-points given to get out of the greylist. The financial systems and mechanisms placed are insufficient for the monitoring and control of resource flow especially toward the NGOs which are considered suspicious.

The group which travelled to Pakistan for the evaluation of the so far progress was extremely unsatisfied with the lack of Pakistani officials’ knowledge or unwillingness to cooperate and it was brought to Finance Minister Asad Umar’s knowledge.

The FATF and the ICRG (International Co-operative Review Group) were informed that Pakistan had already asked banks to drop the ‘good guy’ list.

The Paris based International watchdog for money laundering and financial terrorism, Financial Action Task Force (FATF) placed Pakistan on the greylist on June 6, 2018. FATF claimed that Pakistan’s financial system was vulnerable to be exploited by the money launders and terrorists.

Since the illegal money transactions happen off the record, the potential loopholes in the financial system of the countries are exploited by the criminals. Pakistan was given a 10-point agenda to work on till September 2019. Failure to do so would result in the drifting to the blacklist which would be extremely troublesome for the already struggling economy of Pakistan.

Why Pakistan was Placed on FATF?

Despite showing progress on rest of the major concerned areas of FATF, Pakistan failed to satisfy the international body over the cross-border flow of cash. The black money was excessively being used to fund terrorist activities or organized crime. Finance Minister Dr. Shamshad Akhtar represented Pakistan at the meeting.

Pakistani authorities refuted the allegation of lax supervision of the financial sector, terming it unjustified. The FATF and the ICRG (International Co-operative Review Group) were informed that Pakistan had already asked banks to drop the ‘good guy’ list.

“Pakistan made a high-level political commitment to work with the FATF and APG to strengthen its AML/CFT regime and to address its strategic counter-terrorist financing-related deficiencies,” according to the announcement.

What would Happen if Pakistan Slips to the “Blacklist”?

Since the country’s banking channels are pegged to the International Financial System, the immediate adverse effect will be experienced for the financial institutions of Pakistan. Foreign financial institutions may carry out enhanced checking of transactions with Pakistan to avoid the risk of violations pertaining to money laundering and financing of terrorism. They may ask more questions and apply more checks. Some such institutions may also avoid dealing with Pakistan’s financial system altogether.

The situation is extremely critical and Pakistan cannot afford the casual attitude which is being employed to tackle the situation.

It could also lead to the economic sanction barring Pakistan’s imports, exports, remittances, and access to international lending. The stigma of being blacklisted would eventually make the foreign investors skeptical and the already scarce foreign investment would wither away.

The Cost of Incompetency

There is always the question of state’s policy being too lenient toward some actors which are deemed suspicious in national and international security circles. While the historic interaction between the so-called non-state actors and the state has complicated the matters today and strategically speaking, an absolute segregation seems difficult but it is now time for the state to be clear with its policies.

Apart from the generally believed, and swept across, idea that it is the ambiguous policies which have escalated the situation to such an extent, the Asia Pacific Group’s report suggests an overall incompetency or lack of interest on part of the bureaucracy.

The situation is extremely critical and Pakistan cannot afford the casual attitude which is being employed to tackle the situation. There needs to be immediate, prioritized, and targeted action in order to save the country from the shame of being blacklisted by the Financial Action Task Force.

Without a Constitution, ‘Brexit’ Is Guided by a Prerogative. But Whose?