Do not turn your back on Yemen, They are dying of Hunger: UN to World

Crisis in Yemen is the worst humanitarian crisis in the world and the United Nations urges the world not to forget the Yemenis and turn their back on them. Figures tell that Saudi-led coalition killed hundreds of Yemenis in the conflict. 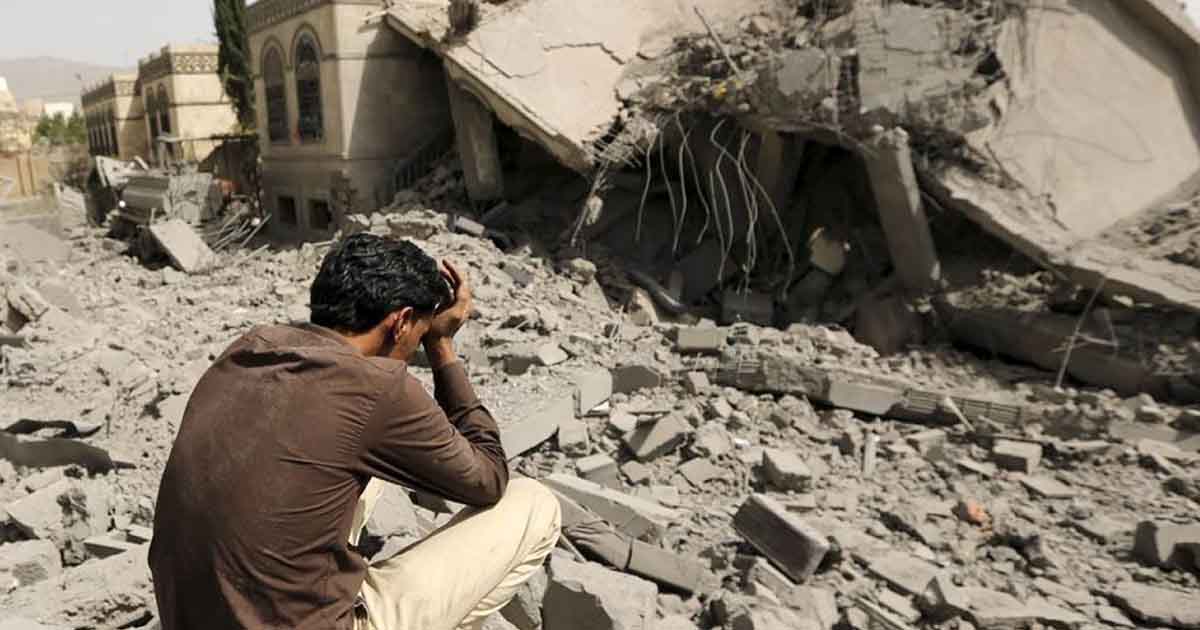 A senior UN official appealed Monday for the international community “not to turn its back” on Yemen and to honor its pledges of aid for the impoverished and war-battered country.

“Four years of conflict according to the UNDP latest report have set back Yemen by 20 years,” United Nations Development Programme administrator Achim Steiner told AFP in an interview in Amman.

He said the United Nations had received less than 36 percent of the $2.6 billion (2.3 billion euros) pledged at a Geneva conference in February.

“Currently in the next two or three months we can expect that if funding does not materialize, over 21 programs will have to be rolled back,” Steiner added following his first visit to Yemen since taking up his post in 2017.

The world should not turn its back on Yemen,” he urged, appealing for “solidarity and generosity” from the international community

Tens of thousands of people have died since a Saudi-led coalition intervened in support of the Yemeni government against Shiite Huthi rebels in 2015, according to relief agencies.

“It is the worst humanitarian crisis in the world and in some respects, it is getting worse because hostilities and fighting still continue and the situation for 20 million or over two-thirds of Yemeni citizens require humanitarian support,” he said.

“The world should not turn its back on Yemen,” he urged, appealing for “solidarity and generosity” from the international community.

An estimated 24 million Yemenis – more than 80 percent of the population – depend on some form of humanitarian or protection assistance for survival, according to the UN.

The world body has warned that millions of Yemenis are on the verge of famine, while essential health, education and other services have all but collapsed.

Indian women farmers on the front lines of protests

Why will the so-called Populist budget lead to higher inflation?