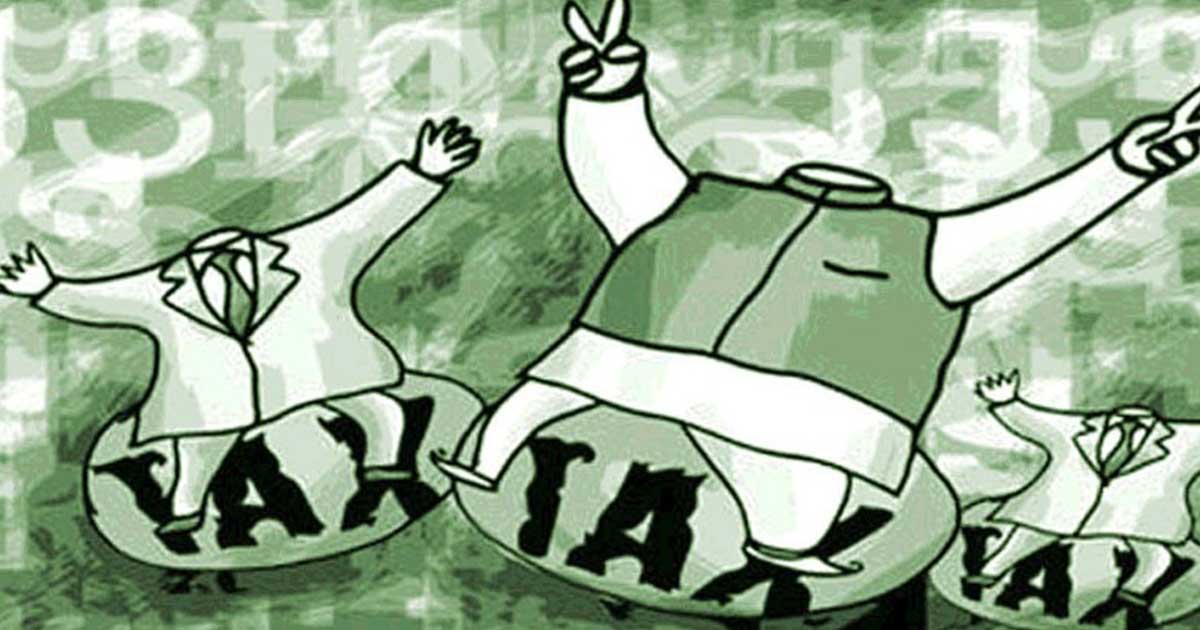 Well, we discussed India’s myth on taxation, so let’s now try and compare how Pakistanis fare against the Indian taxpayers – India by the way is often quoted by the Pakistani Revenue Authorities as the model or the example that the Pakistani taxpayers need to learn from and ought to follow! Continuing from where we left last week, on a head to head comparison some interesting numbers come to light: 37 Million Indians file their income tax returns (ITRs) every year, a number which the Modi Sarkar is saying has now gone up to nearly 65 Million ever since the introduction of its de-monetization program.

However, for our comparison we will stick to the World Bank figure of 37 Million, because just like the poverty index most statistics in India are either rigged or misleading, since the Indian authorities invariably tinker with the underlying norms of such calculations to arrive at the results that they desires! Here also, to tout an enhanced taxpayers’ number, the Modi Government has gone on to declare a ITR filer based on a certain threshold of tax deduction against a specified transaction size, directly linking it to an individual’s identity card number or (also his/her) tax number, thereby classifying the individual as a new taxpayer.

Rather misleading, since by this definition, the number of Pakistani taxpayers could swell as much as ten times, because most taxes in Pakistan are indirect and invariably transactional in nature. So, if we take the original 37 Million taxpayers as the base figure and given that India is about 6 times the size (in population) of Pakistan, there should be at least 6.2 million ITR filers in Pakistan, whereas, there are only 2.2 million at the moment. ~ Clearly Pakistan is falling short on this yardstick.

However, this only tells a part of the story. India collects around $210 billion every year, which means that by the same standard we in Pakistan should be collecting around $35 billion, and this is more or less the amount that we are collecting every year. ~ So, this implies that if Indians discharge their obligations ethically, so do the Pakistanis.

The next benchmark that tends to be crucial when looking at taxation as a phenomenon per se, is that of ‘reciprocity’. India annually spends $70 billion on its public while Pakistan at best spends $6 billion per annum on its people. By the size ratio comparison, Pakistan’s spending on its people should actually be about $12 billion/annum. Now, one can surely also take a deeper dive in these statistics and go on to evaluate the actual ‘quality’ of the spend by the Indian managers vs. the Pakistani managers, but we will leave this aspect for now, as it requires some detailed delivery analysis and one is a bit constrained at the moment due to absence of the very tools and access to conduct such an analysis owing to currently an adverse environment between the two countries. ~ Still, what this tells us is that in fact, the Pakistanis pay the same amount of tax as the Indians despite receiving visibly only half the ‘reciprocity’ in comparison for what they pay.

The question then arises that if Pakistanis are already dispensing their tax obligations more dutifully than most in South Asia, then what more should be done to prudently improve tax revenues

Another comparative yardstick that is often used when measuring a prevailing tax environment is contained in the question: Are there also any other additional intangible taxes that the people have to pay? This is where the Pakistanis come across as being the worst sufferers in the entire South Asian region. For this article, keeping to our comparison to India only, the Indians have witnessed a 9% devaluation of their currency over the last 2 years, whereas, the Pakistanis have suffered a devaluation of 41% since December 2017. Meaning, on average a Pakistani has paid 16% per annum more than an Indian in income loss or in other words ‘tax’.

Further, the current discount rate in Pakistan is 13.25% as against 5.40% in India, meaning, that on average with a 50/50 debt to revenue ratio, a Pakistani business in effect is paying nearly 4.75% extra tax than its Indian counterpart, since the overall annual tax-paid size is the same (point 2), albeit with an assumption that the corporate tax slabs in both countries are effectively the same. In yet another, inflation in India is nearly half that of Pakistan, and inflation as we know is just another form of ‘tax’on people. ~ So, really, what in effect all this tells us is that the Pakistanis actually pay much higher taxes than what the Indians do.

Read more: Which Taxes Were Subsumed by GST?

Instead of creating panic by pointless witch hunting or by stoking corruption through setting ill-advised revenue targets, governments do well by simply rationalizing any excessive or counter-productive taxation in the system (e.g. Super tax, unnecessarily high tax slabs; corporate & GST, futility of collecting and then refunding instead of adopting zero-rating, etc.) and by separating the revenue collecting apparatus from the management responsible for reforms.

The folly of this government thus far has been that instead of exercising prudence in revenue management one has come across merely clever rhetoric coupled with gross conflict-of-interest in selection of key human resource. Devising a taxation framework is serious business and requires a visionary rather than an accountancy approach. Anyone who really understands this knows that oft deliberately left loopholes, breaks, caveats or relaxations for the taxpayers are in essence purposely left there to incentivize the taxpayer! Also, successful taxation drives invariably entail reciprocity and trust.

Dr. Kamal Monnoo is a political analyst. He is an honorary consul general of the Czech Republic in Punjab, Pakistan, and a member Board of Governors of Islamabad Policy Research Institute. He is the author of two books ‘A Study of WTO’, and ‘Economic Management in Pakistan.’ He can be reached at: kamal.monnoo@gmail.com. The views expressed in this article are the author’s own and do not necessarily reflect the editorial policy of Global Village Space.

Govt decides to set up a Tax Policy Unit