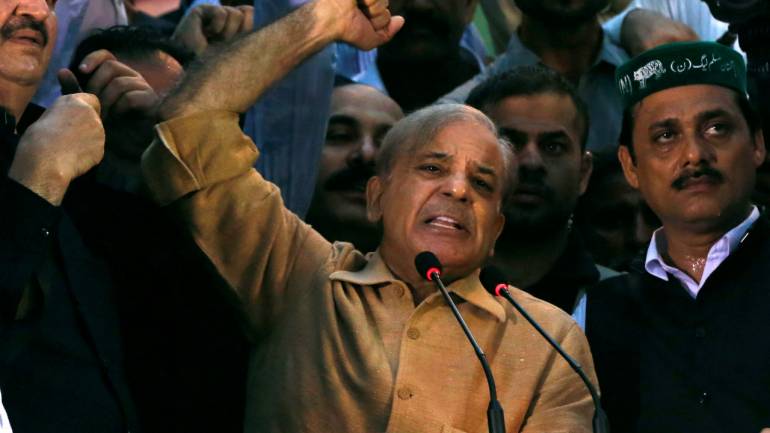 Another day another president, Bol channel in its ever desire to catch the attention of the public, has just recruited another President to star in their programs.

Zardari’s political gambling strategies have been of concern to everyone in the country including a few of those who were supporting Pakistan People’s Party in the name of Zulfikar Ali Bhutto and his daughter, Benazir Bhutto. Being Pakistan’s most controversial president of all times, Mr. Zardari will now be using his techniques to dissect the political happenings in Pakistan, presenting his own viewpoint.

Bol TV had previously launched a show headed by Dr Amir Liaquat who raised a few unprecedented questions regarding various matters. The court had temporarily banned the show “Aisay Nahi Chalay Ga” from airing on the grounds that the anchor was spreading “hate”. The network is being run by the owners of Axact, one of Pakistan’s biggest IT company, which was  alleged to have given out of fraudulent university degrees. Given their previous reputation, Bol media network has been fighting suspicion for the past one year.

The ex-President explained that the government had failed in appointing a foreign minister and shed light on the current international challenges faced by Pakistan.

The network has previously provided a platform to the ex-COAS, General Pervez Musharraf to express his views. His show is being aired at 8 pm every Sunday, which is just before the newly launched show of Asif Ali Zardari. The format of Zardari’s show is similar to Musharraf’s, with a junior ‘lady’ anchor asking questions, while the ‘senior’ responds.

In the first episode of the show aired on 19 March, Zardari was seen answering questions posed by an anchor from Bilawal House in Karachi. The ex-President explained that the government had failed in appointing a foreign minister and shed light on the current international challenges faced by Pakistan.

Read more: Why is PEMRA not playing its actual role?

The lady anchor further asked the former president about China Pakistan Economic Corridor (CPEC), to which he answered, that the PM does not really understand what the CPEC is and commented that “it is not a project of building roads”.

“I feel Mian Sb [Nawaz Sharif] thinks of one of the neighbors [India] as his market, and neglects the other neighbor [Afghanistan] with which Pakistan shares cultural values.”

The show will indeed be a sight for all viewers as Asif Ali Zardari will find it hard to justify his words because of his ‘biased’ views towards the former PPP government, which is now hoping to out-throw the residing government of Pakistan Muslim League – Nawaz (PML-N).

Its not clear why BOL TV have recruited the former President, for his charm, good looks, or political analysis or simply because they feel they need protection from a political party to survive the Pakistani electronic media scene. Whatever their reason, it gives the viewers a new face on TV.

Previous articlePak-Afghanistan border reopened on the orders of PM Nawaz Sharif
Next articleHow can you find a “meaningful life” & not just a “happy one”?

24 June 2021
Previous articlePak-Afghanistan border reopened on the orders of PM Nawaz Sharif
Next articleHow can you find a “meaningful life” & not just a “happy one”?

Is the attack on Iqbal a repercussion of governments’ dubious policy against the controversial religious outfits?