Doctors vs Lawyers: Only suffering party is ‘Common Man’

The horrors that unfolded amid the attack on the PIC by lawyers is a prime example of 'when two elephants fight it is the grass that suffers'. The only victim in all this is a common man who got run over in a stampede. 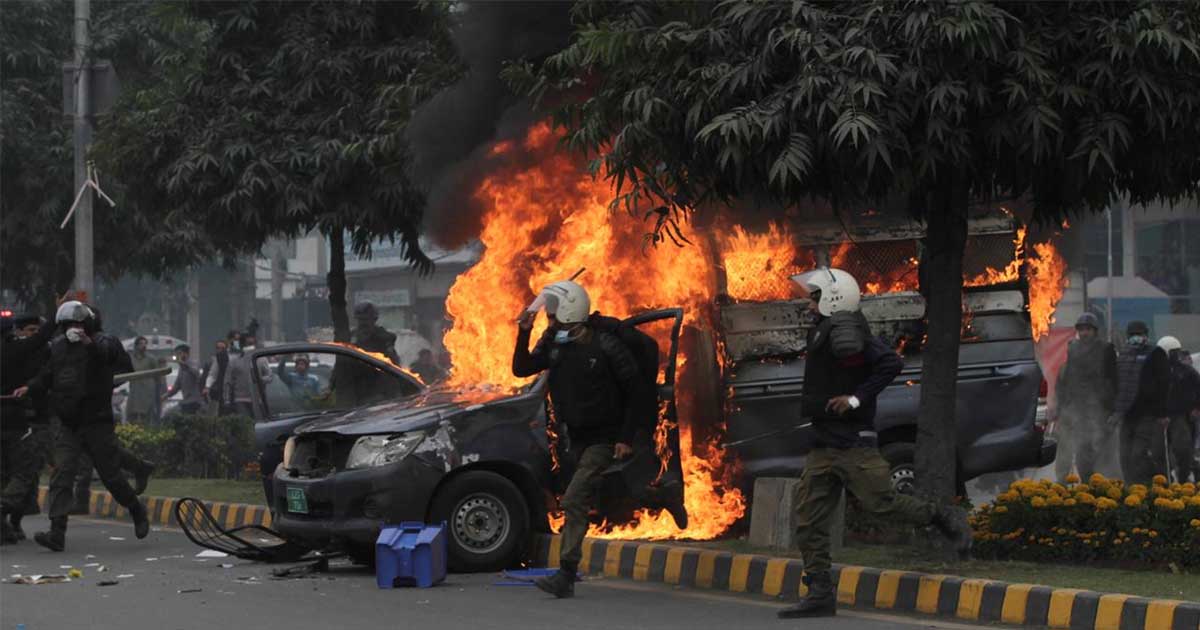 On 11th December, lawyers attacked Punjab Institute of Cardiology (PIC) and four patients died on the same day due to stampede. The second tragic incident initially happened when a lawyer took her mother to PIC then followed by below the belt speech by a doctor in PIC. The issue was almost resolved by an apology but later on, lawyers attacked PIC doctors, pharmacists and other paramedics in the form of an enraged crowd with clubs and a few firing guns and even police could not do anything, actually, the situation got out of control.

The lawyers also blocked Jail Road and vandalized public properties. Then both the prestigious communities started abusing each other on, particularly social and other media. Lawyers-the Protectors of law and doctors-the ‘Messiah’ Of humanity started brewing different conspiracies against each other. Both professionals basically work for facilitating humans and protect basic human rights.

Mistakes were made on behalf of both sides. Black sheep are everywhere. But the second episode of attack was solely done by lawyers. Even the Intensive Care Unit (ICU) and medical equipment was destroyed. Incidents of ‘Wokla Gardi’ especially after Former Chief Justice Iftikhar Chaudhry-cum-Judiciary restoration movement and recent MTI Act ‘Doctor Gardi’ both have been the parts of Pakistan’s history.

Both professionals pass through rigorous hours of work but doctors’ duty hours are more hectic and long which must be less. Moreover, patience could postpone an unwanted situation. Condemnations will not only work but a proactive approach must be adopted by giving exemplary punishments to all the culprits. Violence in health care institutions is a common problem in the world.

The acts of violence are more in the emergency services during the evening and in the first hour of application to the health care facilities. People who use violence are mostly patients or an unnecessary number of relatives of patients. In many countries of the world, policies have been developed to prevent violence in health care institutions and in some countries, the ones who use violence to health workers are sentenced to prison.

Read more: Untouchables – Lawyers and the writ of law

A policy issued by the United Kingdom government for demonstration of physical assault on doctors concentrates on hostility against inciting and advancement of the environment. Sadly, Pakistan’s government hospitals lack a system to manage such challenges seriously. Mostly violence is seen in emergency departments where patients are brought under such serious conditions that saving their lives becomes unattainable.

This is the main reason why young medical graduates especially girls prefer to practice their medical careers abroad as they dread the fight. Currently, Pakistan’s rampant population is living in a time of turmoil due to terrible political and economic instability. Unemployment, poverty and political agitation have created anger, frustration, and impatience in the common man, resulting in greater risks of crime and violence in the country.

Medical employees are immensely being targeted by the violence of patients, especially in government hospitals. In Pakistan, 77% of physicians have faced both verbal and physical abuse in a survey showed recently. Pakistan Penal Code PPC accommodates a law that the government has a political or legal duty to implement.

Violence occurs when the service cannot be steady or when access is limited to operate. Panic and stress created by such conditions can lead to violence against service providers or organizations. Violence may occur when a health care worker tries to set restraints on eating, drinking or when service is refused. District-level hospitals are needed to be provided with all medical facilities.

The common problems interfering with the capabilities of basic health units are issues with the salary structure, non-serious behavior towards the designation of doctors and other staff, lack of medicines and equipment. The American College of Emergency Room Physicians has recommended interventions such as increasing the number of security officers, closed-circuit television cameras with 24-hour trained observers, panic buttons, and better control of the entry into the emergency department.

The reality is acts of violence in hospitals continue to be on the rise. Bad things can happen anywhere and try to get rid of this violence by; Firstly, establish a zero-tolerance policy against violence against staff members and visitors. Secondly, educate and train the staff with provisions of new technologies and not just in the high-risk areas like behavioral health and security but with others too.

Thirdly, make it mandatory for employees to report acts of violence in a non-punitive environment through their internal incident reporting. Keep abreast of new strategies and partner with local law enforcement or having a consultant review the work site and lastly, collaborate and maintain partnerships with law enforcement agencies.

To conclude whatever be the cause of violence, the impact is grievous. Last but not the least, if these types of relentless attacks on this health-care profession is unchecked by the policymakers, political leaders, regulatory bodies and administrative authorities, then brilliant students will be scared to opt for this noble profession.

Dr. Zeeshan Khan is a medical doctor by profession, a content writer, freelance writer, certified trainer and Poet. He is a motivational speaker, Cultural-cum-Political Analyst and columnist and has written for a number of English and Urdu dailies like Dawn, Express Tribune, The Business, The Educationist and Roznama Pakistan etc. He is also Alumni of LUMS and  Winner of all Pakistan Ubqari story Writing Competition.

How long will it take to go back to work?

Protests in Iran posing threats to Saudi and US policymakers