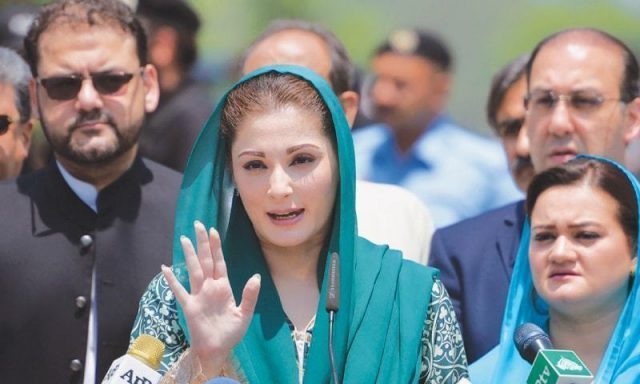 The head of Panamagate Joint Investigation Team (JIT) appeared for the fifth time before an accountability court as a prosecution witness; in a corruption case that ousted prime minster and his children. Mr. Wajid Zia told the accountability court on March 27, 2018 that the documents submitted by Ms. Maryam Nawaz, the daughter of Nawaz Sharif, and her brothers Mr. Hassan and Mr. Hussain during the probe were ‘forged’.

Avenfield Flats reference is one of the three references filed by the National Accountability Bureau (NAB) on the orders of the Supreme Court. Ms. Maryam Nawaz along with her husband, Captain Safdar, is also involved in the accusations

He also explained that trust deeds of offshore companies, Nielsen and Nescoll, submitted by Maryam during the Panamagate case were sent to a London-based firm, Radley Forensic Document Laboratory, for forensic examination. But it was found that those documents were ‘fake’.

Its members were threatened and pressurized to bring out findings of PML-N’s choice. When the party realized that this was not going to happen, the entire JIT was questioned, threatened and unnecessarily verbally attacked.

The children of former prime minster are accused of tampering the records by changing a date from 2004 to 2006. Mr. Zia also mentioned that flats were bought in 1990’s, when the accused Hussain was only a student.

It is pertinent to mention here that the JIT found “glaring disparity” amongst the declared assets of the Sharif family and the wealth they managed to have. “Significant gap/disparity amongst the known and declared sources of income and the wealth accumulated by the Respondent No. 1, 6, 7 and 8 have been observed,” the JIT made a clear observation.

For the sake of clarity, respondent 1 refers to Prime Minister Nawaz Sharif; respondent 6 refers to Maryam Nawaz; while respondents 7 and 8 are used to refer to Hussain and Hassan Nawaz respectively.

Maryam Safdar submitted a trust deed scripted in Calibri Font to the Panamagate JIT during the investigation. After a comprehensive examination of the documents the JIT termed those documents ‘fake’ on a solid ground that the font used in preparation the documents was not available in 2006.  Maryam and her brothers have always defended the documents presented before the JIT and rejected the findings of the JIT.

The creator of the font Lucas de Groot and a forensic expert Robert M. Radley have also made some observations regarding the availability of Calibri Font. Although a beta version of the Calibri font was available in 2006 yet it was “extremely unlikely” that a legal firm would use a font in official documents that was commercially unavailable.

The ousted Prime Minister Nawaz Sharif addressed media personnel and criticized the NAB for working against the politicians. “NAB was set up with a special agenda,” Nawaz claimed. “It was used to influence politicians’ loyalty.”

Avenfield Flats reference is one of the three references filed by the National Accountability Bureau (NAB) on the orders of the Supreme Court.  Ms. Maryam Nawaz along with her husband, Captain Safdar, is also involved in the accusations.

As a matter of fact, the NAB has been a little tough while dealing with politicians and bureaucrats in Punjab. This is something challenging for the ruling party and particularly when it is happening just before the general elections. Recent arrest of Ahad Cheema in mega corruption case has shown the role of Punjab government in managing and backing bureaucracy in the province. The Punjab bureaucracy went-for a strike to pressurize the NAB to release Mr. Cheema.

Furthermore, the Sharif family and PML-N top leaders have been verbally attacking the top court and the JIT formed by the bench hearing Panamapapers case. Some of PML-N’s leaders have been issued contempt of court notices for threatening the apex court and honorable judges.

Prior to aforementioned trends of verbal war, the ruling party and Sharif family had been critical of the JIT formed by the SC. Its members were threatened and pressurized to bring out findings of PML-N’s choice. When the party realized that this was not going to happen, the entire JIT was questioned, threatened and unnecessarily verbally attacked.

Nawaz Sharif and his family are now fighting for their political survival but apparently it seems that their position is not that much strong at legal grounds. Therefore, an anti-institution environment context is being created in order to adjust the decision of the accountability, if it is against the Sharifs. The anti-institution narrative established by Nawaz Sharif and his daughter Maryam Safdar , believed by many political commentators, is not favorable for  democracy in Pakistan. As a principle, accountability is the primary prerequisite of a genuine representative democracy.