Donald Trump was acquitted of high crimes in his impeachment trial in the US Senate on Wednesday but could the unpredictable president now decide he's above the law? Did he learn a lesson from impeachment or feels more encouraged to do it again? 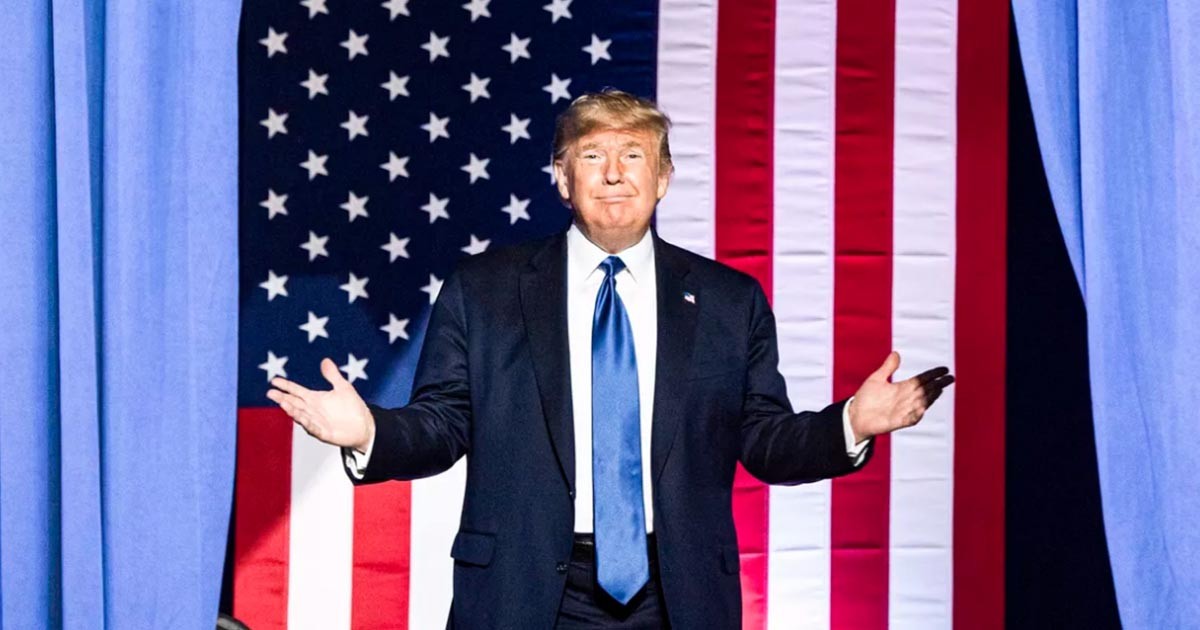 Donald Trump was acquitted of high crimes in his impeachment trial in the US Senate on Wednesday but could the unpredictable president now decide he’s above the law? Did he learn a lesson from impeachment or feels more encouraged to do it again?

The question hangs over a nervous, divided Washington.

History books will record that the Republicans’ Senate majority delivered not guilty verdicts on the two charges.

For Trump, those votes are a vindication of his insistence that he did nothing wrong in trying to get Ukraine to dig up dirt on Democratic election rival Joe Biden.

BREAKING: The Senate votes to acquit President Trump on both impeachment charges over his Ukraine pressure campaign. Republican Mitt Romney is the only senator to break with his party. https://t.co/S71jxedqux

But even several Republicans concede that Trump’s behaviour was wrong, if not impeachable. One of them, Mitt Romney, broke ranks to convict.

And with the folding up of the impeachment court, Trump’s critics say the unchastened president is now likely to abuse his office without fear.

“He will not change,” said Adam Schiff, the Democratic congressman who led the impeachment case. “A man without character or ethical compass will never find his way.”

Rick Wilson, a Republican strategist opposing Trump, wrote a Daily Beast column Wednesday in which he imagined an “unhinged and unbound” Trump dreaming that “vengeance is coming.”

Ever since his shock-rise to power in 2016, Trump has relished breaking norms or, critics say, laws.

That goes all the way from swearing in public to pushing the byzantine scheme in Ukraine against Biden that ultimately led to his impeachment.

Trump comes from a business background where the CEO is used to getting what he wants. As a reality TV show personality, he played the character of an omnipotent boss firing employees with a mere point of his finger.

With no political experience, he clearly chafed at the traditions, endless rules and multiple layers of security surrounding the presidency.

In the early days, reported journalist Bob Woodward, frantic aides would literally swipe damaging documents from Trump’s desk before he could sign them like a letter abruptly ending a trade agreement with South Korea.

One by one, though, those pushing back from inside the White House disappeared. If they didn’t resign, like defense secretary James Mattis, they were fired, like national security advisor John Bolton.

Outside the White House, Trump likewise imposed his will.

A huge investigation into his commercial and political relationship with Russians -and allegations that his election campaign colluded with Kremlin operatives- ended in a whimper.

Today’s vote by the Senate on impeachment in no way exonerates President Trump. My statement: pic.twitter.com/cckIG4pQ39

His impeachment, launched by Democrats after a whistleblower revealed the secretive machinations in Ukraine, also petered out.

Trump once again had proved himself stronger.

Republican Senator Susan Collins was one of several from her party who criticized Trump’s actions with Ukraine. Her hope, though, is that the experience will temper his future conduct.

Another Republican senator, Joni Ernst, says Trump will likely “go through the proper channels” from now on when he makes foreign contacts, unlike during his Ukraine caper.

Schiff and many others on his side have no such confidence. “He has done it before and he will do it again,” the Democrat said.

“The Republican Party has now lost whatever control they could exert over this president, any oversight they could have. It’s gone.”

“I doubt that Trump will be more unbound,” Mueller said.

“He’s already run all over immigration and tariff rules, etcetera,” he said. “He may have learned his lesson.”

Joe Biden: a simple man in a very complicated race

US is not against CPEC: An Indian view?