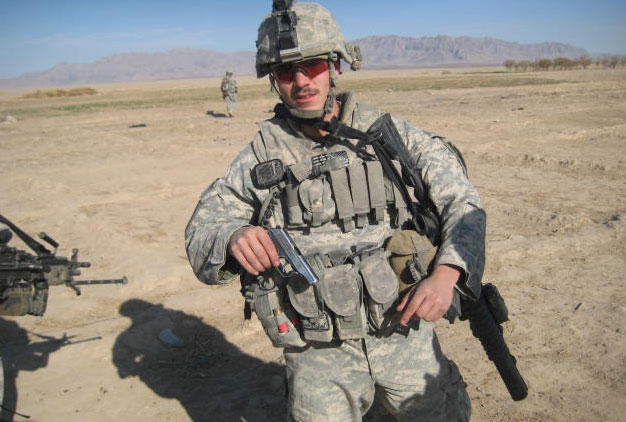 As I have repeatedly emphasized over the years, including in my article yesterday, “Trump’s Horrible Truth to the Soldier’s Widow,” U.S. troops who have been killed in Niger, Iraq, Afghanistan, Syria, Vietnam, Korea, or other faraway places did not die to defend the rights and freedoms of the American people. That’s a lie, a lie that unfortunately is deeply embedded all across American society, including in churches.

There is a simple reason that it’s a lie: No one over there is invading the United States and trying to take away our rights and freedoms. Nonetheless, the lie persists, especially in the minds of the troops, who are indoctrinated into believing the lie starting with the first few days of boot camp.

It’s not the only lie associated with the deaths of U.S. soldiers in foreign countries. Another lie is the one that says that U.S. soldiers who get killed over there have died for their country.

Read more: Was US ready to send special forces inside Pakistan to rescue.Boyle-Coleman family..

Like the other lie, this lie is designed to make the families of the slain soldier feel okay about his death.

In reality, though U.S. soldiers who die in faraway lands have died for their government, not their country.

If a foreign nation were to invade the United States, U.S. troops would be said to be defending their country.

That notion shocks a lot of people. In their minds, the federal government is the country. They think that the government and the countries are one and the same thing.

Read more: America is too big to fall. It is…but so too was the USSR…

Therefore, it stands to reason that U.S. troops who have died in Niger, Iraq, Afghanistan, Syria, Vietnam, or Korea have not died for their country. They have died for their employer, the U.S. government, which has ordered them into those faraway lands to kill or be killed.

Of course, you’re not supposed to say such things even though they’re true. You’re supposed to utter the lie. This is especially true with respect to the families of soldiers who have been killed in those faraway lands.

Consider, for example, the opening paragraph in an article in yesterday’s New York Times about the controversy over what Trump said to Myeshia Johnson, the widow of one of the soldiers recently killed in Niger:

People trying to express sympathy to the families of fallen troops say the wrong thing all the time. When Marine First Lt. Travis Manion was killed by sniper fire during the Iraq troop surge in 2007, one well-wisher told his family that it was “such a waste.” Another called it a shame for him “to die in vain like that.”

Why is the “wrong thing” to speak the truth? It is a waste that U.S. soldiers died in Iraq. It is a fact that they died in vain. The same holds true for those 58,000 plus soldiers of my generation who got killed in Vietnam. And the 33,000 plus who got killed in Korea. It was all a waste of life. They all died in vain. None of them died for their country. None of them died defending our rights and freedom here at home.

But the belief is that if people can just be made to lie and, even better, be convinced that the lie is the truth, the soldier’s death will somehow become meaningful. With the lie, the soldier will now be considered to have died for his country and in the process of defending our rights and freedoms.

And people wonder why America has become a society riddled with drug addiction, alcoholism, and violence. It’s what the life of the lie does to any society.

Jacob G. Hornberger is founder and president of The Future of Freedom Foundation. This article was first published in The Future of Freedom Foundation and is republished here with permission. The views expressed in this article are the author’s own and do not necessarily reflect Global Village Space’s editorial policy.But no one is invading the United States. Instead, it is the U.S. government, operating through the troops, that is invading other countries.

Previous articleWhy Delhi needs to be cautious in ties with Washington?
Next articleWill Shahrukh Khan meet this cancer patient?

22 September 2021
Previous articleWhy Delhi needs to be cautious in ties with Washington?
Next articleWill Shahrukh Khan meet this cancer patient?

Analysing The Trade Relationship Between Pakistan And India

Taliban-US talks in trouble from Kabul’s role in ceasefire