Doubts over Turkey ability to ‘eradicate’ IS after US pull-out 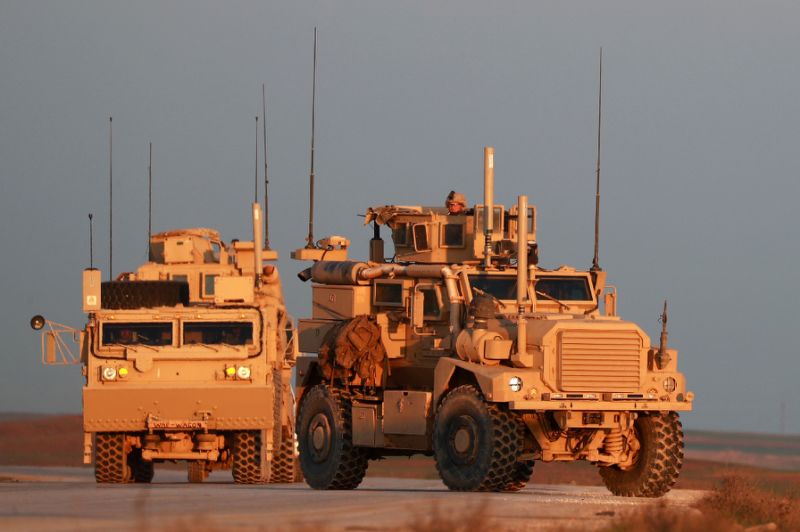 A withdrawal of American ground forces in Syria will give Turkey freer rein to target Washington’s Kurdish partners in the fight against jihadists but analysts doubt Ankara’s capacity to “eradicate” the Islamic State extremist group.

Turkish officials have said that President Recep Tayyip Erdogan heavily weighed in the decision by his US counterpart Donald Trump to pull all 2,000 American troops from Syria. Trump’s shock order came after Erdogan convinced him that Turkey could eliminate the last remaining pockets of IS after the jihadists suffered a series of military defeats.

Turkey was hit by a series of terror attacks blamed on IS in recent years including the last in January 2017 when a gunman killed 39 people in an Istanbul nightclub.

“We have the strength to neutralise (IS) by ourselves,” Turkish Foreign Minister Mevlut Cavusoglu insisted on Tuesday. But Erdogan’s main objective in Syria is actually to target the Kurdish People’s Protection Units (YPG) militia, which the US has trained to spearhead the fight against IS.

Turkey is vehemently opposed to a Kurdish entity on its border, fearing it will strengthen the separatist ambitions of the Kurdish minority inside the country, and says the YPG is a Syrian “terrorist” offshoot of the Kurdistan Workers’ Party (PKK). The PKK, which has waged an insurgency against Turkey since 1984, is blacklisted as a terrorist organisation by Ankara and its Western allies.

Victim of Own Success

Trump said on Sunday after a telephone conversation with Erdogan that he counted on him to “eradicate” IS which he said was now “largely defeated”. Turkey has repeatedly called on the US to stop training and providing armed weapons to the YPG in the fight against IS, claiming that Turkish military forces would be more effective in eliminating the jihadist threat.

“Erdogan is a victim of his own success in selling Trump on the idea that Turkey is ready to assume control over the counter-IS mission in Syria indefinitely,” Nicholas Heras, an analyst at the Center for a New American Security, said.

Erdogan convinced him that Turkey could eliminate the last remaining pockets of IS after the jihadists suffered a series of military defeats.

“Turkey does not currently have a Syrian rebel force that is large enough, experienced enough, or legitimate enough to hold eastern Syria, and it would take many months, even with US support, for Turkey to amass such a force,” he added.

The last pockets of IS are in fact in eastern and central Syria, hundreds of kilometres away from the northern areas of the country which the Turkish military and Syrian rebels are accustomed to and where they led two offensives in 2016 and 2018.

“IS is close to Boukamal, more than 400km (250 miles) from Turkey, impossible for Turkey to go so far. The Syrian army and Iraqi Shiite militias will handle it after the US withdrawal,” said Syria expert Fabrice Balanche.

“Turkey is not even able to eliminate Hayat Tahrir Al-Sham (HTS), ie al-Qaeda, from its border in Idlib, I cannot see how it can eliminate IS with the help of Arab militia,” he said. Idlib is Syria’s last major rebel and jihadist stronghold in the country’s north.

According to Balanche, Turkey could at most “prevent” an IS resurgence by closing its border with Syria to the jihadists and carrying out targeted operations like in the al-Bab region of northern Syria in 2016. Between August 2016 and March 2017, Turkish troops supported Syrian opposition fighters capture territory from IS in northern Syria.

The PKK, which has waged an insurgency against Turkey since 1984, is blacklisted as a terrorist organisation by Ankara and its Western allies.

Sinan Ulgen, chairman of the Istanbul-based Centre for Economics and Foreign Policy Studies, said that the distance between the last IS pockets and the Turkish border posed a “real problem” of logistics. “So it is not clear how Turkey would orchestrate a military campaign at such long distances from its border in hostile territory,” he told AFP.

Lina Khatib, director of the Middle East and North Africa Programme at London-based Chatham House, said Erdogan gave assurances to Trump about his ability to eradicate IS without having a “plan” for doing so. She said that Turkey’s real aim was to “use this opportunity (US withdrawal) to crack down on the YPG”.

“Eradicating IS can only happen through a comprehensive strategy that even the current international anti-IS coalition — which is limited to military action without adequate attention to the needed socioeconomic and political aspects of fighting IS — does not possess,” she added.

If Turkey were to fight IS alone and then left the battles to Syrian Arab proxies, “militarily weaker” than the extremists, it would not be very effective, Khatib said. “This would also make Turkey vulnerable to revenge attacks by IS.”

Turkey was hit by a series of terror attacks blamed on IS in recent years including the last in January 2017 when a gunman killed 39 people in an Istanbul nightclub.