Dr. Maleeha Lodhi, Pakistan's ex-Ambassador to the UN recently spoke at Chatham House London with Jack Straw and Mark Lyall Grant. She is set to return to Pakistan soon and may be considered for next assignments.

Dr. Maleeha Lodhi, Pakistan’s ex-Ambassador to the UN, Jack Straw, ex-British Foreign Secretary and Sir Mark Lyall Grant, National Security Advisor to former British Prime Ministers Theresa May and David Cameron as well as a former Representative of the UK at the UN all joined in a panel discussion, at Chatham House London, entitled ‘The Cost to Britain of the Kashmir Crisis: Is There a Solution?‘.

This event, last week (Nov 7) was organized by strategic advisory group CTD Advisors at Chatham House in London. Pakistani and British experts had a lively exchange against the backdrop of India’s revocation of the special status of Jammu and Kashmir under Article 370 of the Constitution.

Dr. Lodhi argued that “Nobody wants to see a further escalation in the region. We are on the cusp and brink of a much bigger crisis and the international community must stop being a fire brigade and intervene to find a peaceful solution”. Jack Straw and Mark Lyall Grant both thought that talks between Musharraf and Vajpayee were the best opportunity to resolve the crisis, but the opportunity was missed.

Abdurehman Chinoy, a London-based entrepreneur, told the media that his company Chinoy Group decided to organize such a panel discussion in the UK because the South Asian community here is not only “dynamic and tolerant” but can also influence policy and ideas back home in India and Pakistan.

Dr. Lodhi has been one of the most prominent Pakistani diplomat over the past three decades. She recently stepped down after serving for four and a half years as Ambassador to the UN in an eventful and impactful tenure. She was Pakistan’s first female Permanent Representative at the UN and is she is now returning to the country. It is expected that given her vast experience and exposure she will be considered for further assignments.

Dr. Lodhi’s tenure at the UN saw Pakistan back on the international map after a period of weak representation of the country in the world body.

Last week : farewell from officers and staff of Pakistan’s Mission to the UN pic.twitter.com/Qvmt9GmCBa

Dr. Lodhi was well suited to navigate this complex terrain, bringing rich diplomatic and academic experience to this assignment. She previously had two successful stints as Ambassador to the US and five years as a high-profile and popular High Commissioner in the UK. She holds a doctorate from the London School of Economics and has worked as a columnist and editor before joining the world of diplomacy.

At the UN, Dr. Lodhi had effectively articulated Pakistan’s position on Kashmir and Afghanistan; her speeches in the UN Security Council were often listened to with rapt attention. 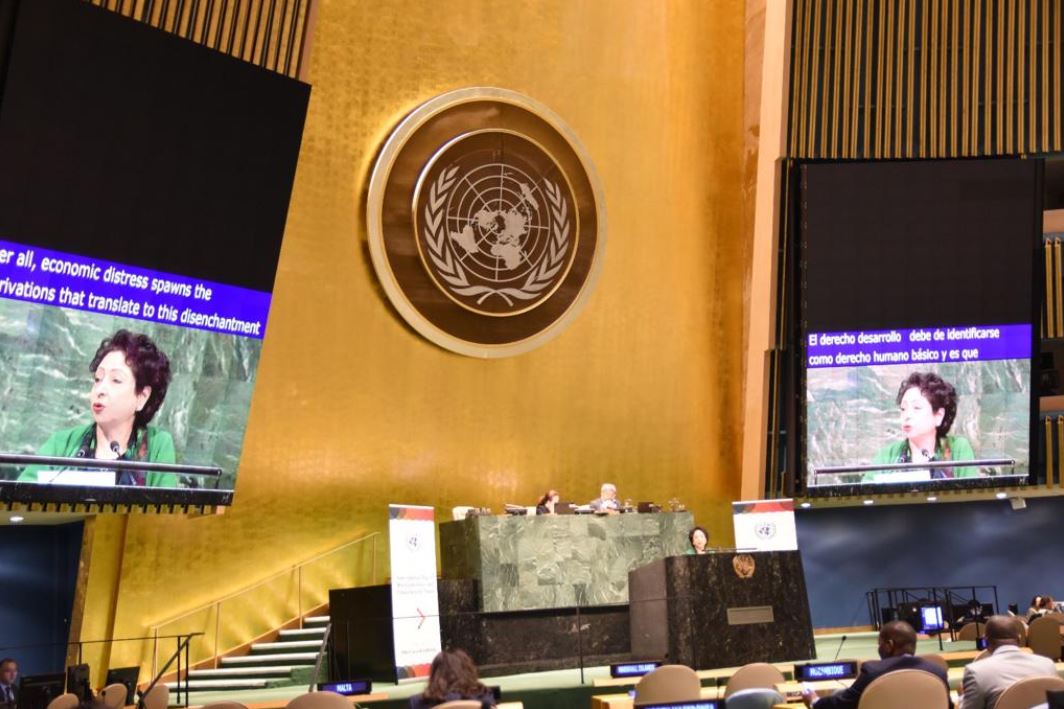 On Afghanistan she often clashed with the representative of Kabul, rebutting his attacks on Pakistan in a robust but dignified manner. No critique of Pakistan ever went unanswered by her. However, the main theme of her presentations in the Security Council and General Assembly was always that a negotiated end to the war was urgent and that there could be no “military solution” to the Afghan issue. 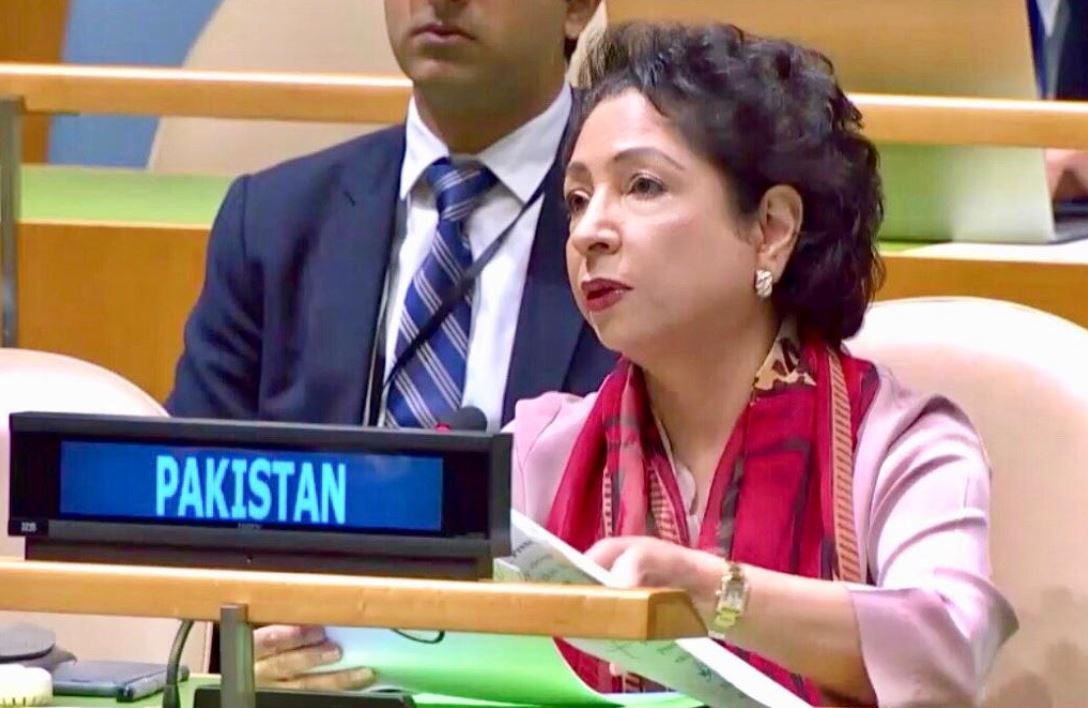 Her fearless advocacy of the Kashmir cause provoked the ire of the Indians while winning her public appreciation from the All Parties Hurriyat Conference leaders including from the old veteran, Syed Gilani. She raised the Kashmir issue at every forum she could find and her response in the UN General Assembly to the Indian Foreign Minister’s tirade against Pakistan went viral, attracting millions of hits on YouTube.

Dr. Lodhi was able to ensure a meeting of the UN Security Council to discuss Kashmir on 16 August 2019, the first time in 53 years. This meeting took place in the wake of India’s August 5 illegal annexation of the disputed state with Lodhi telling the international media that the voice of the Kashmiri people had been heard in the world’s most important multilateral body.

On issues of vital importance to Pakistan, such as the Security Council reform, she played a leadership role with representatives of like-minded countries to counter the effort by the G4 (India, Japan, Brazil, and Germany) to steer the negotiations toward securing permanent seats for themselves.

She was also able to effectively blunt efforts by India and another unfriendly state to malign Pakistan in the UN Sanctions Committee on terrorism issues.

With her last address at the UNGA third committee yesterday, Amb. Maleeha Lodhi deserves a standing ovation from the Pakistani nation for representing us with such brilliance and grace at the UN. We thank you Madam Ambassador, for your incredible service to Pakistan @LodhiMaleeha pic.twitter.com/DHxjhCzIfg

Ambassador Lodhi also worked hard to maintain Pakistan’s leadership role in the area of UN Peacekeeping and organized for the first time a grouping of Troop and Police contributing countries led by Pakistan.

On Palestine, she spoke out frequently and passionately, while in the OIC Ambassadors forum her’s was a voice that was listened to and mattered on a range of Muslim issues, including Islamophobia.

Her energetic engagement on a host of global issues, from migration, child rights to green energy and the SDGs, was evident from her countless formal statements as well as participation in side events on these issues.

Her active involvement in the various reform processes at the UN earned her frequent appreciation of the UN Secretary-General Antonio Guterres who repeatedly commented to visiting Pakistani officials, “what an effective envoy she is” and how the UN had benefitted from her powerful presence.

This view was shared by other diplomats at the UN who saw her active role as bringing much credit to Pakistan – and popularity for her. It was also reflected in countless farewells held in her honor. 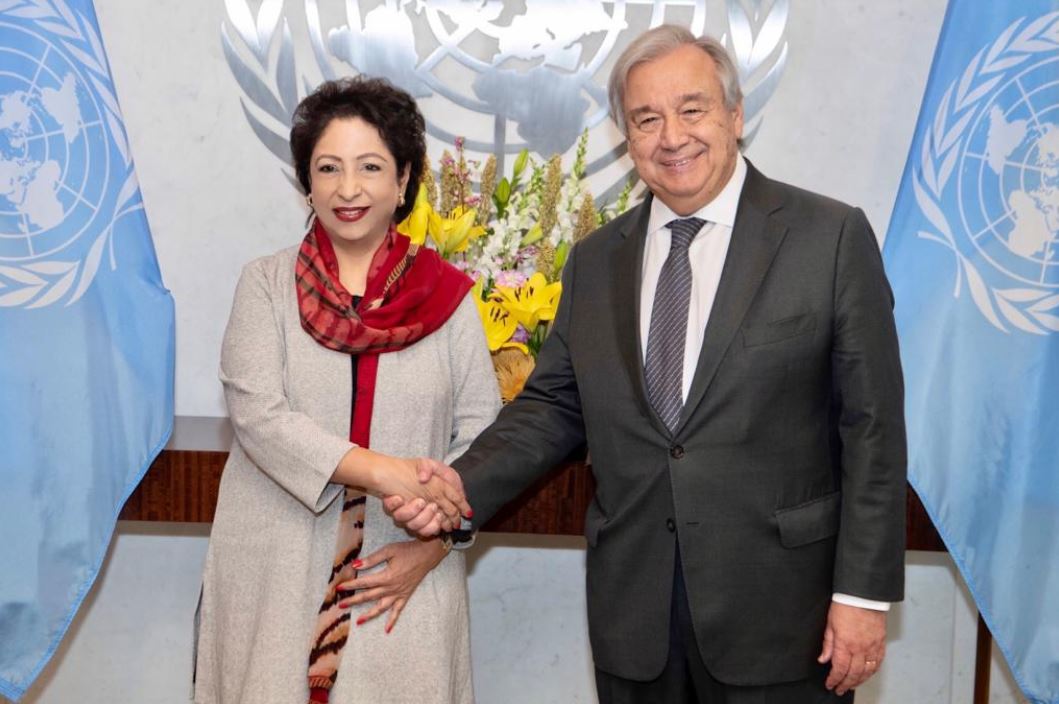 She frequently organized side events on key issues such as counter-terrorism, xenophobia, Islamophobia, and forced migration, which were always largely attended.

Ambassador Lodhi brought a special flair to the projection of Pakistan’s soft power and set an example for other diplomats to follow in cultural diplomacy.

The first-ever concert in the General Assembly organized by Pakistan on its national day took place in 2017 with the Qawali of Rahat Fateh Ali Khan rocking the chamber. Allah Hu echoed in the imposing and packed hall of the world’s parliament for the first time in its history with a proud Ambassador Lodhi taking the stage to declare ‘Sufi night” part of her country’s rich spiritual tradition and cultural heritage.

Another concert was organized in the following year, again in the General Assembly, this time performance by the Sachal Jazz group from Lahore.

Her cultural diplomacy efforts went beyond this to set other ‘Firsts’. She organized the first-ever Pakistan Film Festival outside the country in 2017 which also says a glittering reception at the UN with Pakistani starts mingling with top UN officials and diplomats from over 150 countries. 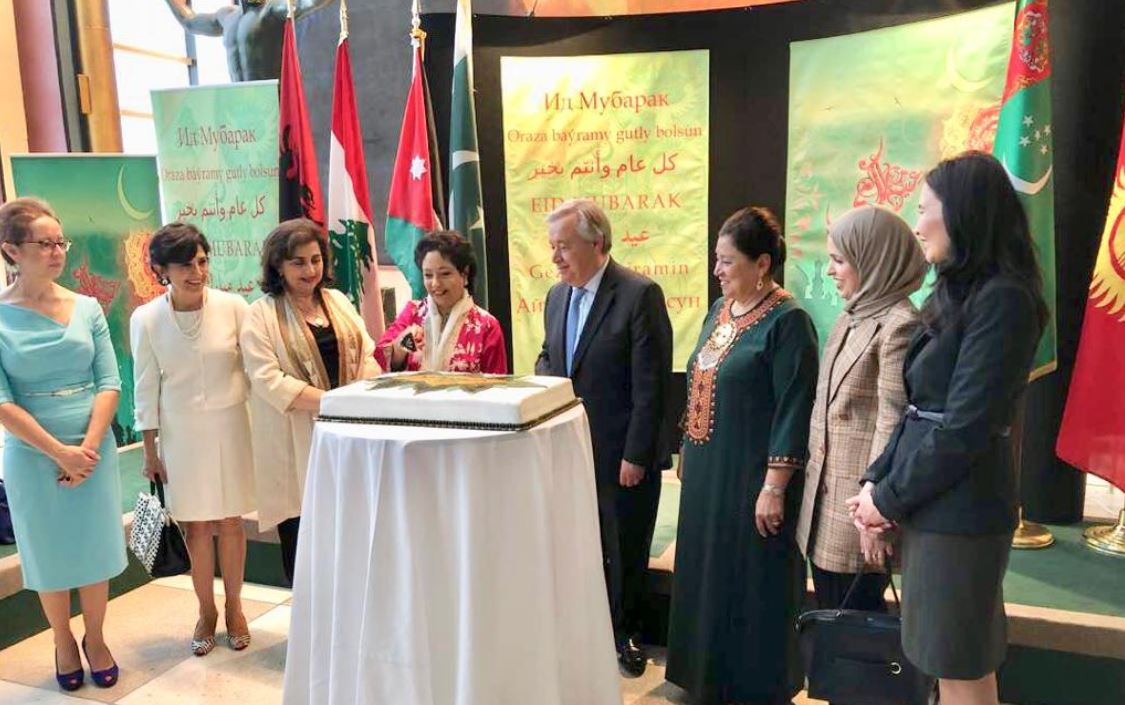 A second Pakistan Film Festival followed in 2019, again with a packed to capacity reception at the UN to introduce Pakistani stars.

Ambassador Lodhi also organized an exhibition of contemporary Pakistani art at the UN which was attended by the UN Secretary-General. Other exhibitions at the UN she put together were on Pakistan’s role in Peacekeeping and on Pakistan’s female trailblazers.

Showings of both documentary and feature films were also part of Lodhi’s nonstop public diplomacy efforts. Funds were often generated by her for some of these activities from young members of the Pakistani diaspora in New York.

Given her substantive policy role and public diplomacy efforts the legacy she leaves at the UN is one that will help her successor. She is expected to be considered for important assignment on her return to Pakistan. She is currently in London and expected to reach back in the third week of November.