Pakistan is dealing with the rise of the Hindutva ideology in India. How will Dr. Moeed Yusuf’s appointment help Pakistan to better counter Modi? How will his experience in the US help Pakistan strengthen its relationship with the US? 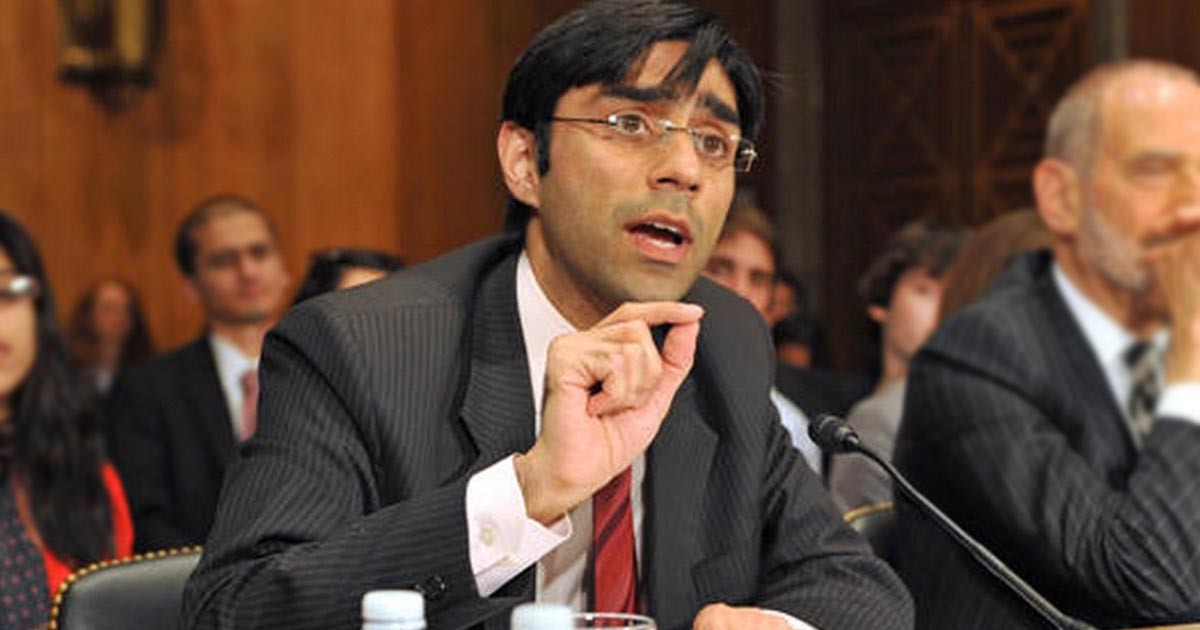 Dr. Moeed Yusuf, a prominent scholar and political commentator, has been appointed as the special assistant to the Prime Minister on national security division and strategic policy planning. He is a graduate of Boston University. He has been a Research Fellow at the Harvard Kennedy School, Harvard University and a Research Fellow at Strategic and Economic Policy Research, Pakistan. He will hold the status of minister of state, according to the notification. Dr. Yusuf’s appointment is likely to help Pakistan re-shape its international image by making significant changes in its national security plan.

Dr. Yusuf thanked the premier for his new appointment.

Truly humbled by the honor and privilege. Thanks to PM @ImranKhanPTI and leadership for entrusting me with even greater responsibility.

Kind request for prayers that I deliver efficiently, with honesty and dignity. pic.twitter.com/9MRNpDvxsc

He was previously appointed as the chairperson of the Strategic Policy Planning Cell (SPPC), which functions under the National Security Division. The news went viral in international media because of Mr. Yusuf’s academic as well as professional background.

Mr. Yusuf has authored Brokering Peace in Nuclear Environments: U.S. Crisis Management in South Asia. He was previously working as vice president of the United States Institute for Peace, for South Asia.

Soon after his appointment, renowned American academic and South Asia expert, Dr. Christine Fair accused Mr. Yousuf of a pro-Pakistan policy and of promoting Pakistan’s interests at US taxpayers’ expense.

Read the unhinged rant by Christine Fair on Moeed Yusuf today that was published by @ThePrintIndia – appalled that such serious accusations are being made against a scholar and man of impeccable integrity based on the delusions of one person #shameful https://t.co/Yz35fjv2Ux

In her essay for The Print, Ms. Fair accused Mr. Yusuf of selling Pakistan’s interests in the US while receiving money from the US government. “In what functioning government is,” she asked, “it appropriate for a US citizen (perhaps with dual citizenship now), after years of selling Pakistan’s interests while drawing a salary from the US government, to take up such a position in Pakistan government without consequence?” She went on saying: “the USIP must be asked important questions: Was it harboring and nurturing a ‘Pakistani asset’? Will, it re-employ Yusuf when his tenure in Pakistan ends?”

Moreover, she also termed Mr. Yusuf as “Pakistan’s deep-state asset” while alleging Pakistan of harboring terrorist organizations to undermine the Ameican interests in the region. She said, “Pakistan is single-handedly responsible for not only undermining US interests in Afghanistan but also having proxies such as the Haqqani Network and the Taliban, who are directly responsible for murders of American personnel as well as their Afghan and NATO allies”.

She demanded that “he [Mr. Yousuf] should at least be compelled to give up his US citizenship as is standard for others who have joined foreign governments. The USIP should not be permitted to hire him back”.

The United States Institute of Peace (USIP) rebutted the claims of Christine Fair against their Associate vice-president Dr. Moeed Yusuf and said that she has a long history of making misleading claims.

Jill Welch, the vice-president of external relations of USIP wrote an email to The Print in response to their article by Ms. Fair on Dr. Yusuf, alleging him to be a ‘Pakistani agent‘. The vice-president said, “We stand by Yusuf’s dedicated work at the institute which he has carried out with the highest personal and professional integrity as a well-regarded expert on South Asia.”

Here is a rebuttal from @USIP CF needs to find another country cos this is not the same Pakistan nor the the same Pakistanis who would tolerate her BS. https://t.co/St9d3S3HwP pic.twitter.com/ULhlWizg6e

Welch further said that Fair had previously written another article against Yusuf, for which the publication’s editor-in-chief had issued an apology. “It is no surprise that the author is continuing her nearly decade-long personal and entirely unfounded attacks against Yusuf.”

She has admitted in her piece that nobody within the USA listened to her.

Moeed Yusuf is a scholar and gentleman who has been at the receiving end of Chris Fair’s theatrics for very long. Chris Fair seems to have an aversion to everyone who does not bow down at the altar of Pakistan hatred that she has built over the years.

Dr. Yousuf is said to be the few voices in the USA that are taken seriously while formulating America’s South Asian policy. Precisely, he has “acted as an enabler for improved Pak-US dialogue and understanding.” Such hatred against a well-known scholar raised some serious questions about the credibility of Dr. Fair who is otherwise said to be a scholar studying and researching South Asia.

Finally, the silence of Dr. Fair’s colleagues in particular and of American scholars generally has confirmed the fact that International Relations as a discipline continues to be West-centric. The Westism dominating the state of the discipline raises some serious questions; does the west want to understand the rest? What type of scholarship is being produced by scholars like Dr. Fair to understand the developing world i.e. South Asia? Should scholars remain silent if someone’s from their league dares to malign or assassinates the character of a respected policy expert?

Previous articleSports: A new front for battle against “Oppression” & “Rights Violation”
Next articleWinter-hit Syrians turn to pistachio shells for heat