The slump in the Indian economy has been amplified by the lockdowns in place to combat COVID-19, with experts estimating that the economy may contract by as much as 40%. Despite the Indian government's stimulus packages, the number of jobless people is skyrocketing, and the economy fails to correct its course. A huge headache on the cards for the Modi administration. 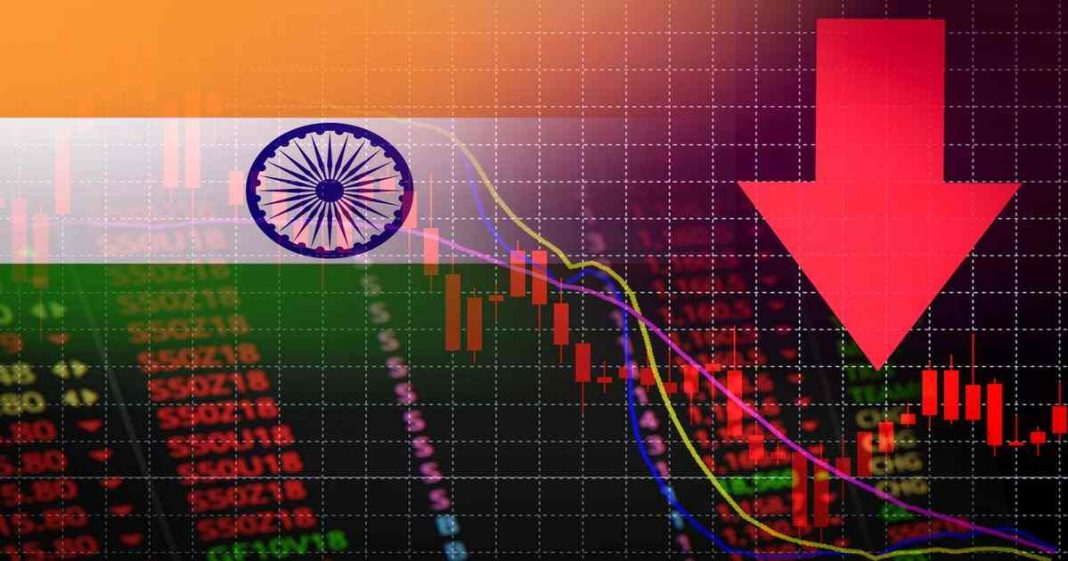 India’s economy grew at its slowest pace in at least two decades last quarter, government data showed Friday, with warnings of far worse to come as it grapples with the fallout of the world’s largest coronavirus lockdown.

Asia’s third-largest economy expanded by just 3.1 percent in the January-March period, which coincided with the first week of a months-long shutdown.

The figures beat even gloomier forecasts, with Bloomberg News predicting growth would slow to just 1.6 percent, but analysts are bracing for a severe contraction in the current quarter after manufacturing, services and consumer spending came to a grinding halt.

Annual growth was 4.2 percent, its slowest pace since the 2008 global financial crisis, though the finance ministry said the estimates were likely to be revised due to a lack of available data.

The shutdown is widely expected to plunge the country into recession, with Goldman Sachs predicting a 45 percent contraction in the April-June quarter from the previous year.

The central bank has also warned of a downturn and slashed rates to spur lending.

Even before Prime Minister Narendra Modi announced a shutdown in late March, the economy was struggling to gain traction with sluggish growth, record unemployment and a flurry of bad loans making banks reluctant to lend.

Casualties of the economic slump so far

The Economic times reports that decline in electricity generation worsened sharply to 22.8% in April from 8.2% in March.

Independent economists said worse is to come, flagging a recession with GDP expected to contract in the first two quarters

Modi unveils packages to ward off economic slump in India

Earlier this month Modi announced a $266 billion package -– 10 percent of the country’s GDP –- to revive the battered economy. The government maintains that the economic package is tailored for the Indian market; however, closer analysis has shown that it is comparable to the measures introduced in other countries.

Two days ago FM Nirmala Sitharaman has said that the Govt had studied the economic package announced by other Govts before announcing ours and our package is not much different from others. https://t.co/CBixKfvPp8— Arvind Gunasekar (@arvindgunasekar) May 25, 2020

But with millions of migrant workers having fled home to their villages due to a lack of food and money, and factories struggling with labour shortages, few expect economic activity to pick up soon.

The key services sector — which contributes 54 percent of GDP — suffered a severe blow last month, with the purchasing managers index of activity experiencing its sharpest contraction since record-keeping began in 2005.

Top IT firms including TCS, Infosys and Wipro also reported weak earnings in the quarter as the pandemic dragged on demand from Western markets.

Indian economy to contract between ‘30% – 40%’ amid rampant joblessness

Analysts warned India to brace for an even bigger hit in the coming months as the extent of the pandemic’s toll on the economy becomes clear.

“The June-ended quarter will be terrible and we can expect at least a 30-40 percent contraction,” said Ashutosh Datar, an independent economist based in Mumbai.

In more bad news for Modi’s government, 122 million Indians lost their jobs last month, according to data from the Mumbai-based Centre for Monitoring Indian Economy think-tank, with small traders and daily wage earners accounting for the bulk of losses.

The economy was already in a shambles before the pandemic and now it is in a state of near collapse; the unemployment rate is around 25 per cent: historian and economist Ramchandra Guha.— Press Trust of India (@PTI_News) May 24, 2020

“Frankly, India should be growing at seven or eight percent to create jobs for everyone, so we are headed (for) a bigger jobs crisis,” Datar told AFP.

Modi’s government in March announced an economic welfare package of $22 billion to provide the country’s poorest citizens with direct cash transfers and food subsidies for three months to cope with the fallout of the lockdown.

But analysts say the road to recovery will be rocky, with New Delhi on Friday also revising growth figures for the quarter ending December from 4.7 percent to 4.1 percent.

“The Indian economy is headed towards challenging times as our growth story has been facing multiple crises in the last few quarters,” he told AFP.

India’s coronavirus death toll passed neighbouring China’s on Friday, with 175 new fatalities in 24 hours taking the total to 4,706, according to official data.

India, home to some of the world’s most packed cities and a creaking healthcare system, is emerging as a new hotspot with record jumps in new cases in recent days.

Coronavirus in India: The situation so far

In addition to the economic slump that has been seen in India, the coronavirus has amplified public health and safety loopholes in the Indian system, with many people infected and losing their life despite the lockdown.

As of today, the number of people infected by the Novel Coronavirus in India and suffering from the associated disease COVID-19 has crossed 191,000. There have been more than 5,000 deaths associated with the disease. A statistic to take heart from is the fact that 91,000 people suffering from COVID-19 have recovered so far in India.

#MakeaMask with JS Bank and get free health insurance!