Egypt and Morsi: A long and troublesome relationship

Mohamed Morsi, former president of Egypt died while in the court of a heart attack. Egyptian military and the former ruler did not share good relations and he was imprisoned following a coup against his government. PM Morsi's death garnered condolences from world leaders. 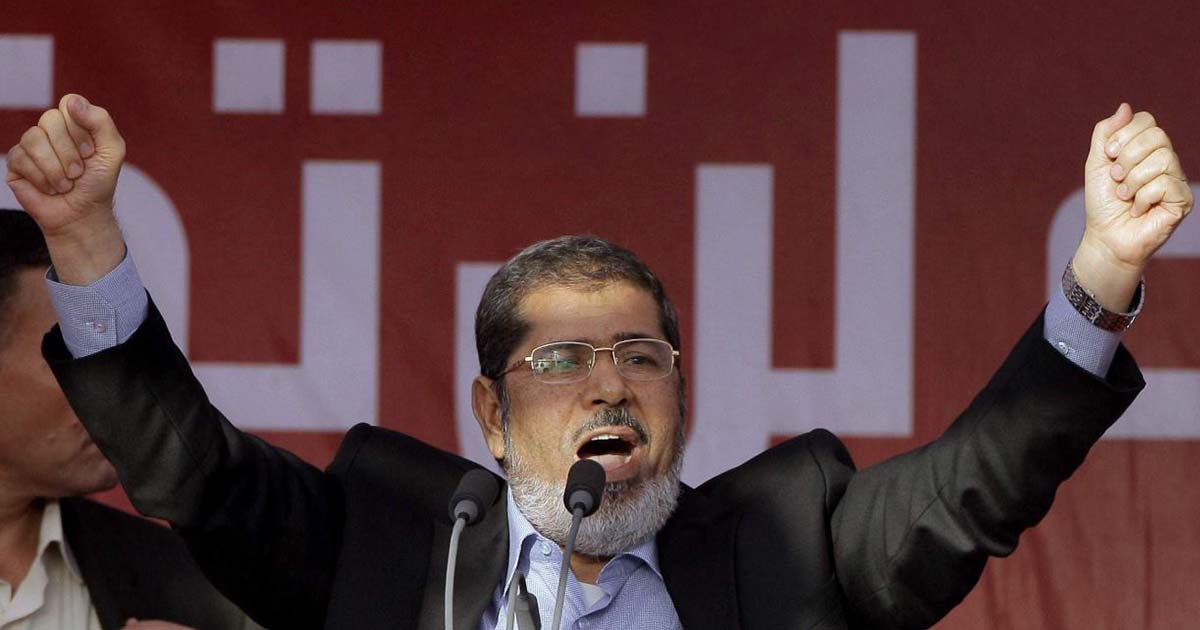 Here are key dates in Egypt since the revolt which drove Morsi’s predecessor Hosni Mubarak from power in February 2011.

In April 2019, a controversial constitutional revision allowing the extension of Sisi’s presidency and strengthening his powers is approved by referendum

On February 11, after days of non-stop protests centered in Egypt’s Tahrir Square, Mubarak’s newly appointed vice president Omar Suleiman announces in a televised address that the president has resigned and the army is in charge. A crackdown on the protests has left at least 850 dead.

On June 30, Morsi, a senior Muslim Brotherhood leader, defeats Mubarak’s last prime minister Ahmed Shafiq with 51.7 percent of the vote to become Egypt’s first civilian democratically elected president. He is also the first Islamist to preside over the country.

In August Morsi dismisses military chief Field Marshal Hussein Tantawi and replaces him with Sisi in a purge of top army brass.

On July 3, 2013, following massive protests against Morsi’s divisive rule, the military led by Sisi overthrows Morsi and detains him. Morsi denounces a coup and calls on his supporters to defend his legitimacy.

Advocates of freedom and democracy organized a coup that ousted the first democratically elected President of Egypt.

He was locked up for no reason till his death this afternoon. RIJN #Morsi 🙏 pic.twitter.com/v4fRUhU0IX

On August 14, police disperse two pro-Morsi protest camps in Cairo, killing about 700 people in clashes, according to official figures about Egypt.

The government declares the Muslim Brotherhood a “terrorist organization” in December.

Sisi is elected president with 96.9 percent of the vote in May 2014. His election comes after a new constitution, bolstering the military’s powers, was approved.

In late 2015 a new parliament, packed with Sisi supporters, is elected.

From his coming to power, Sisi presides over a fierce clampdown. Hundreds of suspected Islamists are sentenced to death or life in prison in mass trials.

Members of the opposition are also jailed.

The authorities deny the accusations pointing to the need for stability and the fight against terrorism.

Egypt is also the target of deadly attacks, perpetrated mainly by the jihadist Islamic State (IS) which attacks security forces often in the Sinai peninsula.

On October 31, 2015, a Russian airliner carrying tourists from an Egyptian beach resort explodes after taking off, killing all 224 people on board. IS says it had planted a bomb on the plane.

A plane filled with Russian tourists crashes minutes after takeoff. There are no survivors. Was it an accident, or an act of political violence? #AirDisasters: Terror Over Egypt premieres Sunday at 8PM. https://t.co/DdJy6BrzQB pic.twitter.com/eYFL0B2UUO

More than 100 dies in attacks on Christians claimed by IS.

In February 2018, the army launches a vast “anti-terrorist” operation.

In February 2015, Russian President Vladimir Putin travels to Cairo for the first time in a decade and signs an accord to build the first Egyptian nuclear power plant.

In March 2015, the United States lifts a partial freeze on its military assistance imposed after Morsi’s overthrow.

In April 2017, US President Donald Trump praises Sisi, as he visits Washington. He is hosted for a second time at the White House in April 2019.

In October 2018, Sisi receives strong support during a visit to Paris from President Emmanuel Macron, who in turn visits Egypt in January 2019.

In March 2018, Sisi is re-elected with 97.08 percent of the vote. His only opponent is one of his supporters.

In April 2019, a controversial constitutional revision allowing the extension of Sisi’s presidency and strengthening his powers is approved by referendum.

Gulf crisis: A new tale or a recap of the Southeast Asian story?

The rise of the Tehreek-e-Labbaik-ya-Rasool Allah: dawn of a new era?

Despite daunting past, Pakistan and Russia draw closer amid geopolitical changes