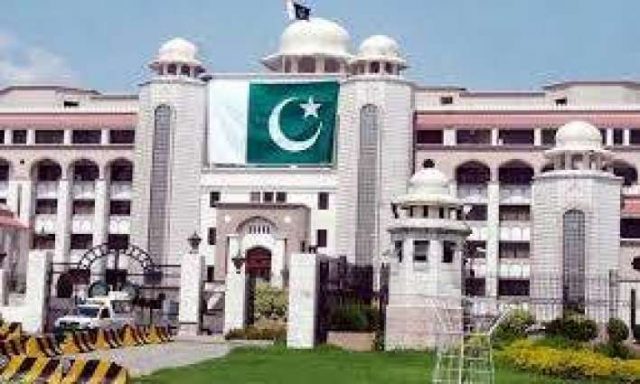 PM Khan announced that the university will be named “Islamabad National University”; while the intention behind converting the prime real estate of Pakistan in the heart of federal capital is to reduce the gap between the people and the leaders of the country that has widened with the passage of time.

The premier ensured that the university will be the first state-run educational institute at par with international standards. Addressing the ceremony, the prime minister said all the symbols of colonial mindset will be broken. He, however, remorse that educational sector in Pakistan was overwhelmingly ignored and had suffered underdevelopment since independence that had stifled the economic growth of Pakistan in preceding decades.

“We are making the masses aware of their rights so that they question rulers about their tax money”, PM Khan said. In his speech, he reiterated his government’s resolve to revamp the education sector in Pakistan which he believes is pivotal in steering Pakistan towards development.

Addressing the ceremony, the prime minister said all the symbols of colonial mindset will be broken.

Khan promised that the money recovered from the ongoing accountability drive in the country will be channelled into the education sector. He quoted the example of China’s economic progression and stated that education and ‘knowledge’ can beef up the value of Pakistan’s economy. Pakistan Tehreek-I-Insaf leader Imran Khan had promised to convert Prime Minister House into a world-class education institute after coming into power.

The PTI-led government seems to be on the track of materializing this election vow. Earlier Pakistan People’s Party Leader Nafisa Shah and other political leaders strongly condemned the decision of converting Prime Minister House into an educational institute. Ms. Shah said instead of converting the property of the future prime minister of Pakistan he should convert his Bani Gala residency into a university.

Read more: PM House to be converted into Institute of Higher Learning

Shah, however, confronted immense backlash on social media for opposing the decision of public welfare. The social media users have expressed mixed reaction on the announcement; many are lauding the commitment of the government to serve their promises for the welfare of the people.

PTI Govt is going to fulfill one more promise nd it's not after five years near elections to gain good repute it's in first year of their tenure. Hats off to @ImranKhanPTI , otherwise no one ever bothered to keep promises which were made in election compaigns #PM_House_University— Alishba (@Alishba00) December 21, 2018

So #PTI Government is on board to fulfill its promises to Nation before Election.
PM house is now #INU Islamabad National University.
Well done @ImranKhanPTI👏👍👌— Afzaal Iqbal (@AfzaalIqbal672) December 21, 2018

Brilliant speech by #PMIK regarding his plans/vision for Education (specially Higher Education). For the first time saw a Pakistani ruler talking about investing in Education/Knowledge Economy. Islamabad National University (INU) ll be amongst the world top universities soon IA. pic.twitter.com/48V7GVswzO

Once a man left his Palace for his country facing hell of criticism. Another promise fulfilled.
PM house converted into Islamabad National University.
Brilliant speech by #PMIK regarding his vision for Education. First time saw a Pakistani ruler talking about investing in Edu. pic.twitter.com/SomdBDqRnE— Malik Dilawer (@MalikDilawer3) December 21, 2018

Some believe that currently there is an existential economic crisis that required emergency measures.

Economy is standing close to a collapse. Inflation is not under control, high interest rates have halted the productivity, unemployment is rising, sharp devaluations have caused country wide recession but my Prime Minister must be praised for converting PM house into a varsity. pic.twitter.com/aoB7SYLODR

News Desk - 9 April 2021
Federal Committee on Agriculture met to set production targets for the Kharif crops that are about to start sowing. Wheat Production is set to increase by 1.7 percent this year.

No to IMF bail out – Farid A Malik

The rise of Tourism Industry in Qatar: Prospects and Challenges