Electoral Slogans and Manifestos; Who does it best? 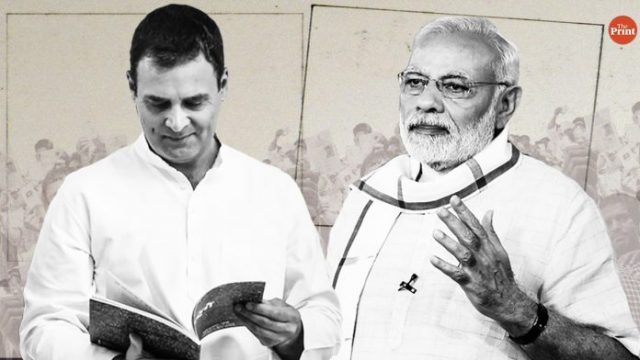 Due to unfortunate circumstances, the general population in Pakistan do not have access to manifestos or do not read them by choice or out of sheer ignorance of the political scenario of the country. The electoral manifesto is an important source of information for the common men on the different political parties and their intended policies and rule of governance. However, slogans do better in catching votes and in attracting masses because they are short and can be easily delivered.

Here is a look on the 2018 slogans by the 3 biggest political parties of Pakistan and most importantly a brief overview of their electoral manifestos for the 2018 General Elections.

PPP continues to build its campaign’s base dependent on the legacy of their slain party leaders Zulfiqar Ali Bhutto and Benazir Bhutto. It is the first party, in the 2018 General Elections, to formally present its manifesto. The party has extended the famous slogan given by Zulfiqar Ali Bhutto of “Roti Kapra Makaan” by adding the line “Ilm Sehat, sab ko kaam”, hopeful that it would prove profitable for PPP as it has in the past. PPP has promised to introduce agricultural policies that would benefit the largest sector of Pakistan; the primary sector which is dependent on farming. Kisaan card farmers would be registered to avail subsidies and interest-free loans. A new initiative promised by PPP is of the  “Bhook Mitao” (Hunger Eradication) programme. PPP has focused on women empowerment once again, hoping to extend the Benazir Income support program. As for the water crisis, PPP intends to set up “Reverse Osmosis filtration plants” in Punjab to save water.

However, slogans do better in catching votes and in attracting masses because they are short and can be easily delivered.

As for the website, PPP has a website almost on par with PTI’s. They have a section dedicated to a social gallery, another one dedicated to the party’s achievements (with an emphasis on Zulfiqar Bhutto’s and Benazir’s tenure), and a blog. However, there are no entries in the blog section of the website. There is no Urdu option for PPP’s website but they do have the Urdu version of the 60 paged Manifesto available.

PPP has focused on women empowerment once again, hoping to extend the Benazir Income support program.

PML-N has an Urdu based website, which is comparatively limited in content as compared to PTI and PML-N’s websites, however, they have presented a very detailed manifesto, splattered with pictures. Like PTI, PML-N has also promised to increase employment by creating jobs between 100,000-200,000. They have intended to install free Wifi in all major cities. Other impressive promises include eradicating poverty by 2030, producing more energy, and increasing the growth rate of GDP to over 7%. The manifesto has a section dedicated to the achievements of PML-N in its previous tenure and parallel to that section the manifesto has a section titled “Promises 2018-2023”.

Link to PTI’s manifesto: The road to Naya Pakistan

The manifesto is titled as “Road to Naya Pakistan”, composing of seven chapters, it attempts to explain the promised policies of PTI to the people of Pakistan. The most striking promise is of an “Islamic Welfare State”. PTI has cleverly incorporated two things that they know the people of Pakistan dearly idealize: the governing system of Scandinavian countries and Islamic values, creating an ideal “Islamic Welfare State” that they promise to achieve. The PTI chief has also promised to create 10 billion jobs in order to boost employment in the country. The two features that help PTI’s manifesto stand apart from others is of their fight against corruption and their pledge to protect the ecosystem and environment of Pakistan.

PTI has done a good job in designing a website that has sections dedicated to their policies, also divided into regions and a section dedicated to PTI wings. They also have a section of “Social Wall” that provides basic information on the party’s main leaders and links to the party’s social media accounts.

The two features that help PTI’s manifesto stand apart from others is of their fight against corruption and their pledge to protect the ecosystem and environment of Pakistan.

Another standing feature which PTI has instilled on their website is of publishing articles in support of the party on their “Insaf blog“. PTI has also not failed to provide an Urdu based website option either, for those who prefer to access the information in Urdu.

What was the Berlin Wall? In five simple points