After two weeks of grounding flight operations, the UAE-based Emirates and Etihad Airways have finally resumed limited operations. The Airline industry is one of the enterprises badly affected by the coronavirus epidemic. With the cases of epidemic slowing around the world, the industries that had been shut for weeks would restart their operations and thus would prevent the global recess as predicted by economists. 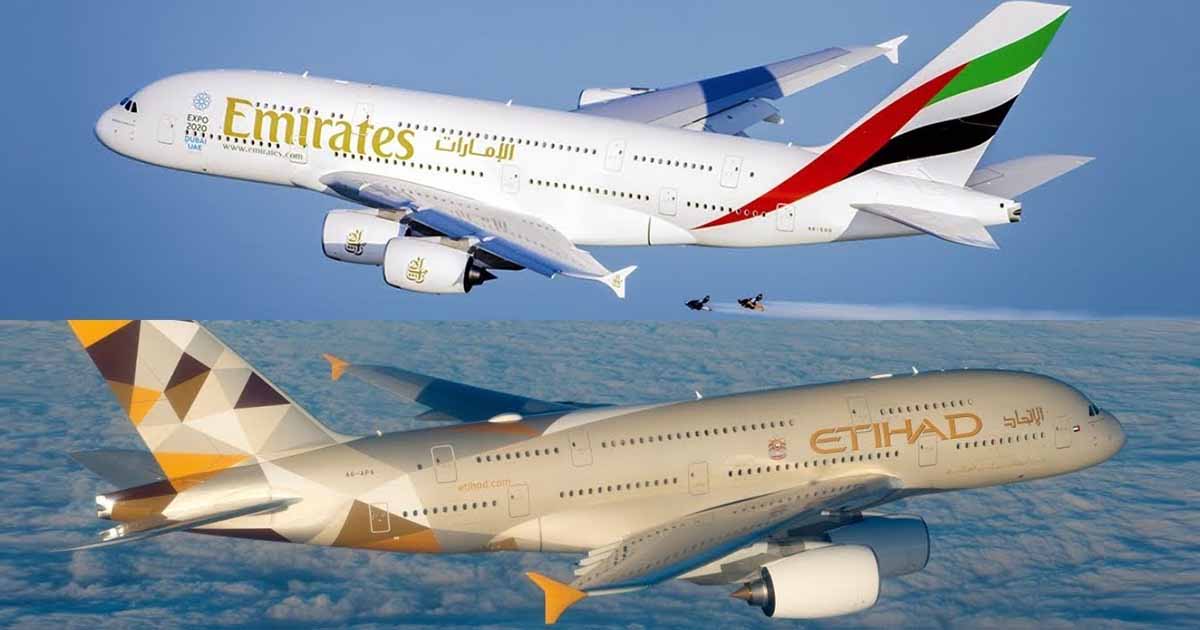 The flights are open to foreign citizens who wish to leave the United Arab Emirates, but no incoming passengers are allowed. Foreign residents of the oil-rich Gulf state are banned from re-entering until at least mid-April.

Dubai’s Emirates, the largest carrier in the Middle East, said it operated a flight to London late Sunday and another to Frankfurt on Monday as part of its limited resumption.

It said in a statement that it plans to operate four flights a week to London and three weekly flights each to Frankfurt, Paris, Brussels and Zurich.

Emirates and Etihad have resumed limited passenger flights. The flights are open to foreign citizens who wish to leave the UAE, but no incoming passengers will be allowed https://t.co/P6I5HoEwac

Wearing face masks and other protective gear at Dubai Airport on Monday, some 212 travellers to Frankfurt went through thermal screening before they boarded the aircraft.

Etihad said on its Twitter account that it resumed limited operation with a passenger flight to Seoul on Sunday.

The carrier said it will operate seven flights to Seoul, five to Singapore, six to Manila and two flights to Jakarta through April 21. Last week Emirates said that cleaning and disinfection of the planes will take place after each flight.

UAE civil aviation authorities slapped a total ban on passenger flights two weeks ago at all the Gulf state’s airports. But the two carriers on Thursday were issued approvals for limited flights to repatriate stranded foreigners.

The UAE, which groups seven emirates including Dubai, has declared 2,076 coronavirus cases and 11 deaths.

It has imposed a sweeping crackdown, including the flight ban and closure of borders, shopping malls, entertainment centres and markets.

A 24-hour curfew was introduced on Thursday following a big jump in the number of cases in the oil-rich UAE where some 10 million people live, 90 percent of them expatriates.

Previous articleStrike in the time of crisis? Doctors taken to custody in Quetta
Next articleAsia’s largest Mumbai slum powerless as coronavirus cases surge