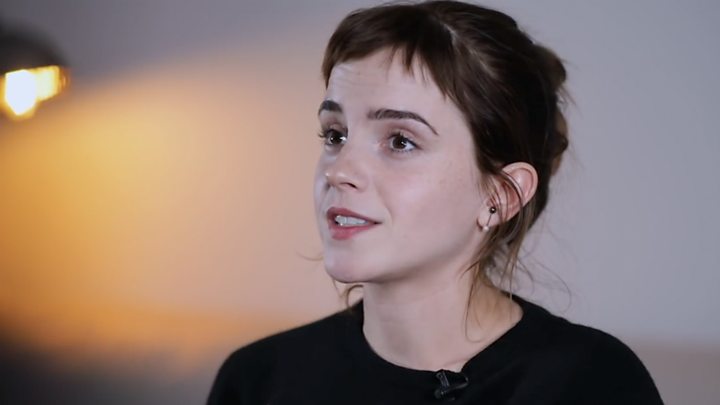 On Wednesday, Feminist and Hollywood actress Emma Watson stood in support of the new guidelines developed to tackle harassment and bullying in the UK’s Film and Television industry.

The formation of the guidelines came at a time when a number of actresses in Hollywood revealed that they had been sexually harassed during their careers.

It was felt there was a need for a comprehensive set of rules and regulations to be followed when working in TV and films. The new rules will strengthen the position of female actresses as they will be swiftly assisted in cases where they are harassed.

The British Academy of Film and Television Arts (BAFTA) and the British Film Institute along with 20 other organizations introduced a new set of principles to ensure a respectable working environment for vulnerable groups in the industry, predominantly females. A new 24-hour helpline will be up and running in April, and eight guidelines were written for the members of the industry to follow.

Emma Watson said, “They are not just about protecting individuals but are also an important step in embracing a greater diversity of voices.”

“I hope these principles become second nature for everyone; they are not just about protecting individuals but are also an important step in embracing a greater diversity of voices—and eventually having an entertainment industry that actually represents the world we live in,” she further added.

“These principles are important because until recently there were no guidelines, there was no protocol for someone that had been sexually harassed in the entertainment industry and I know this to be a fact because I’ve asked for principles, I’ve asked to see guidelines and no one could give them to me,” she said. “No one could send me—‘OK, here’s the protocol that we follow when someone’s had this experience’—which I found shocking.”

The guidelines were formed keeping in view the prevailing environment in the industry. Hollywood stars reported their cases of sexual harassment that brought on surface the magnitude of the problems that exist in the industry.

Prominent actor Kevin Spacey lost his role in ‘All the Money in the World’ after the allegations of sexual abuse were leveled against him.

The series of sexual harassment cases encouraged campaigns like ‘Me Too’ and ‘Times Up’ that also discuss the desolation endured by the victims of sexual abuse. The social media especially twitter played a very crucial role in this regard. #MeToo remained the top trend for days in many countries around the world. It is still prevalent as some relevant story hits the media.

After now notorious Harvey Weinstein, several other notable Hollywood celebrities came under attack for their immoral behavior of abusing females in the Hollywood. Prominent actor Kevin Spacey lost his role in ‘All the Money in the World’ after the allegations of sexual abuse were leveled against him.

The other Hollywood heavyweights who are under criticism for sexually harassing female actresses include Bill Cosby, Roman Polanski, James Franco, and Andrew Duncan. The actors and personalities from many other walks of life have never been exposed the way they have been in the recent drive to fight sexual harassment against the women.

Activists supported by industry are hoping that these guidelines will ensure the safety and security of the actresses who have been taking risks and working with sexual predators.  Emma Watson truly believes that the new guidelines are going to empower women.