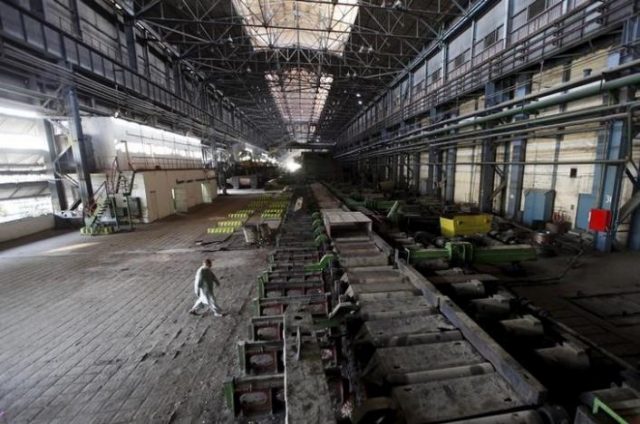 The employees of Pakistan Steel Mills (PSM) have opposed a government proposal to lease out the country’s largest industrial unit for 30 years and urged that those who brought this national asset to its knees be held accountable.

In a letter sent to the ministries of finance, privatisation and industries, the PSM Workers Union (CBA) also questioned a suggestion for the imposition of regulatory and anti-dumping duties or a ban on steel imports for the future private operator, wondering why such protections were never granted to the PSM while it was in public hands, despite repeated requests.

The union alleged that the PSM’s financial position had gone from bad to worse over the past three years; loss and liabilities stood at Rs200 billion on June 30, 2013, but increased to Rs415bn on Dec 31, 2016, because of “a failure of government policies and priorities”.

Workers union claims it is capable of reviving the dormant unit

Under the plan, a major portion of the PSM land would remain with the government, while its plant and machinery would be handed over the new company for 30 years

The Privatisation Commission’s board of directors recently approved a proposal by financial advisers and the commission to lease out the PSM for 30 years under a revenue-sharing arrangement and offer a voluntary separation scheme (VSS) to about 5,000 employees. It was agreed that the government would take care of about Rs166bn liabilities and offer VSS to at least 4,835 employees – about half of the mill’s existing strength – and outsource services of some of the remaining workforce to the new operator. The proposal also envisaged protection to the incoming operator from steel imports through regulatory and anti-dumping duties.

Although the Cabinet Committee on Privatisation, headed by Finance Minister Ishaq Dar, has not yet approved the proposal, the privatisation board agreed on the bidding to be held on the basis of revenue-sharing with the government over the tenor of the lease.

The deal was approved with a commitment that the government would convert its Rs33bn in financing/loans and guarantees into equity and issue interest-bearing coupons to the Sui Southern Gas Company for Rs35bn dues and Rs50bn to banks for interest/loan repayment and bear about Rs17bn of the employees’ severance cost.

Under the plan, a major portion of the PSM land would remain with the government, while its plant and machinery would be handed over the new company for 30 years. The mill’s core assets such as land and plant, machinery and building will be leased to the new firm. “No assets or land would be sold,” the original proposal stated, but it was later changed to give some land to the National Bank of Pakistan to settle outstanding loans.

The workers said that somebody should be held accountable for causing Rs215bn additional losses to the exchequer in three years, on top of the $1.5bn additional burden on the country’s foreign exchange due to the steel import bill following the halt of PSM production.

Claiming that the PSM staff was still capable of reviving the mill that was currently bleeding Rs3 million per hour, the union said the losses were “due to non-availability of raw material, gas supply disconnection and other logistic issues being the responsibility of the government”.

To access the complete article, please use this link: The Dawn

Enough with the VIP Protocols

Pakistan playing balancing act between China and US: report