Encounter Specialist Rao Anwar likely to be released on bail 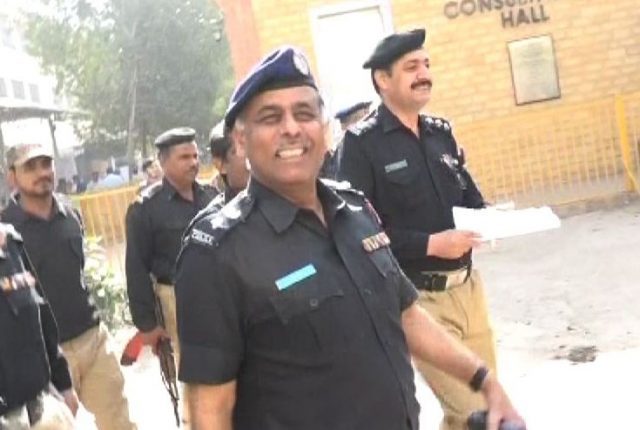 In a seemingly lucky turn of events for twice convicted and former Malir district SSP; Rao Anwar, bail was granted after anti-terrorism court (ATC) in Karachi accepted his plea. The police officer is most likely to be released after upon the submission of Rs. 1 million in bail bonds.

The case filed against him was regarding the extrajudicial killing of Naqeebullah Mehsud who was killed in one of the many police encounters orchestrated by Anwar and his associates. Moreover, the filing of fake first information report (FIR) pertaining to the possession of illegal weapons and explosives by Mehsud is pending in the Sindh High Court.

Earlier on July 10, the bent cop was also granted bail in the first case registered against him for the murder of the Waziristan native and three others in Karachi. According to Anwar, the four men were part of the terrorist outfit Tehreek e Taliban Pakistan (TTP). Naqeebullah’s murder which sparked nationwide protests especially by the Pashtun Tahaffuz Movement, an outfit seeking ethnic rights for embattled frontier tribesmen, is being contended by Mehsud’s father in the high court.

People from as far as FATA were airlifted to be “dispatched” in Karachi. Among many of those people were missing persons mostly belonging from Pashtun clans. This has had a reprisal effect where policemen in Karachi are being targeted in vengeance.

Anwar had filed an FIR against Mehsud and three others after their death in a staged encounter via false implication according to findings by a joint investigation team (JIT) established later. Mehsud who was a father of two and an aspiring model displayed no extremist tendencies. Following the JIT reports, two FIRs were lodged against Anwar by the police and by Mehsud’s father for the murder and false implication of an innocent citizen.

Read more: Fake encounter by arm of the law: Rao Anwar released on…

Salahuddin Panhwar, the advocate for Mehsud’s father, mentioned that the petitioners will not be participating in the ATC case proceedings until the Sindh High Court rules on the pending case. Mehsud’s father pointed out that he had little confidence in the ATC which displayed its mala-fide intentions in the “prosecution” of a murderer by giving him full protocol in court, refusing to handcuff him and paying no heed to civil dismay regarding Anwar’s criminal conduct.

He vowed to challenge what he saw as a biased verdict of the ATC. The petitioner also expressed distaste over the luxury Anwar enjoys from the one-sided law when on April 21 after being sent to prison by trial court, the home department had issued an announcement declaring Anwar’s house as a sub-jail, as per request of the convicted.

Naqeebullah’s murder which sparked nationwide protests especially by the Pashtun Tahaffuz Movement, an outfit seeking ethnic rights for embattled frontier tribesmen, is being contended by Mehsud’s father in the high court.

The tainted cop had gone into hiding until upon order of the Supreme Court he was asked to come forward and was arrested. At his sub-jail house, Anwar continued to enjoy VIP treatment and even got his request accepted for the provision of better facilities. Notably, this is not Anwar’s first ever police encounter. Indeed in the last 10 years, upon Anwar’s orders, hundreds of people have been killed in staged encounters.

Known as the “encounter specialist” within law-enforcement circles, Anwar has not only managed to evade the law but thanks to the Rangers incursion in 2013 revamped his efforts threefold. “He led a team of killing machines. There was no one to stop him,” mentions a senior police official. No one took notice of his actions early on because while everybody knows the truth the police command cannot touch him due to the close connections he has set up throughout his career with criminal bosses political figures and other personalities within the security establishment.

Read more: Rao Anwar to face the judiciary for fake encounters but what…

Furthermore, no records of Rao Anwar’s encounter killings are filed at the central police office in Karachi. According to another senior police officer, Anwar’s proficiency was capitalized on by security agencies from all over the country. People from as far as FATA were airlifted to be “dispatched” in Karachi. Among many of those people were missing persons mostly belonging from Pashtun clans.

This has had a reprisal effect where policemen in Karachi are being targeted in vengeance. However, while the innocent civil servants die and missing persons continue to disappear in staged encounters the top police officer like Rao Anwar continue to take the law into their own hands. After listening to all arguments, the court had reserved its decision on the bail plea of Anwar, DSP Ahmed and four others, namely; Assistant Sub-inspector Supurd Hussain, Head Constable Khizer Hayat and Sub-inspector Muhammad Yaseen.

Open defiance of the apex court