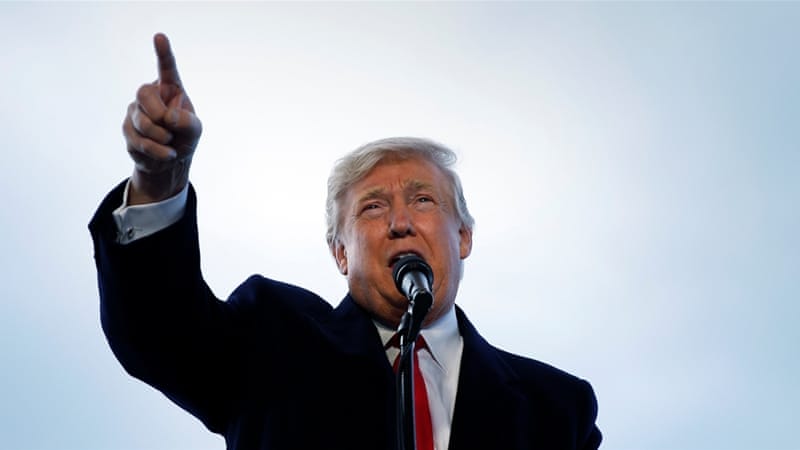 Riding a powerful “blue wave” of backlash to President Donald Trump, Democrats were projected to take control of the House of Representatives on Tuesday night in the midterm elections after eight years in the minority — a major blow to Trump’s power in Washington.

Just after 10 p.m. ET, multiple media outlets projected that Democrats had flipped a dozen red seats in all corners of the country, including in Florida, New York, Pennsylvania, and Colorado. Tuesday night’s results mark a comeback for the Democratic Party, which last held control of the House in 2010, and will fundamentally shift the balance of power in Washington.

Pelosi said in late October that Democrats would push to bring back a select committee on climate change — the Democrats’ last such committee was shut down by Republicans when they took power in 2011.

Flipping seats in every corner of the country, Democrats beat Republican incumbents with an energized and expanded voter base fueled by the anti-Trump resistance movement. A surge in millennial and black voters, coupled with a deep gender gap, helped propel Democrats to victory in dramatically different districts.

And Democrats ran the most diverse slate of candidates for the House in US history. Women and people of color made up nearly 60% of Democratic House candidates. Enthusiasm for Tuesday’s elections — exhibited in huge voter turnout — reached levels unprecedented in modern history with 28 states far exceeding (and some doubling) 2014 midterm turnout.

Read more: Is FATF a tool reflecting US, UK hypocrisy?

The future of the ‘resistance’ in the House

Democratic leadership has promised that they will move forward with investigations into the president’s alleged wrongdoing while simultaneously pursuing possible bipartisan solutions on issues including infrastructure, gun safety, prescription drug prices, and a path to citizenship for DREAMers — undocumented immigrants who came to the US as children.

The party also plans to focus a significant amount of energy on reopening the House Intelligence Committee’s now-shuttered investigation into Russian interference in the 2016 election and whether members of the Trump campaign colluded with Moscow to tilt the race in his favor.

Other Democratic policy priorities include improving the Affordable Care Act, better known as Obamacare, and addressing climate change. Pelosi said in late October that Democrats would push to bring back a select committee on climate change — the Democrats’ last such committee was shut down by Republicans when they took power in 2011.

Shopkeeper asks robbers to come back for more money, gets them arrested