End of Zardari’s era: What is the way forward? 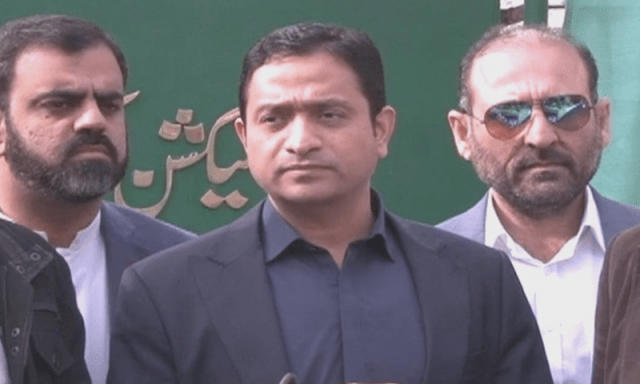 Pakistan is an interesting country where the ruling elite is among the richest individuals of the world but its masses are still struggling to have proper food and basic health facilities. Due to the absence of quality education, there is a rise of ignorance and unconditional submission to traditional power holders in the country. Religion, caste, and race are the fundamental ingredients which determine the political affiliation of an individual in present-day Pakistan.

Political leaders invoke identities at local as well as national level. For example, a Jutt will be supported by Jutts no matter what is his political vision, financial background, and educational qualification. Similarly, it has only once in a blue moon that Sunnis vote to a Shia or vice versa. At a national level, the latest example is Mr. Asif Ali Zardari.

In no way, the government should ever take the credit of exposing Zardari family. It is the SC and other independent institutions that have worked together and brought facts before the nation.

Former President is accused of money laundering and misuse of authority while he was in the office. A Joint Investigation Team (JIT) has brought some very disturbing facts about him. The JIT has also recommended the SC to let the National Accountability Bureau (NAB) probe into the matter. Mr. Zardari knew it and was prepared to have a report like this. But this report became much more than a report when Prime Minister Imran Khan clarified that no matter what happens to his government but he was not going to compromise on such malpractices.

Mr. Zardari is now creating new events and attempting to exploit them so that he comes out of the matter without any taint on his political character. Initially, he was not hard at the establishment and PTI. But then he along with his son joined Nawaz Sharif’s league and stood against an imagined anti-civilian force in the country.

Read more: We have seen your faces – Saad Rasool

Interestingly, both Zardari and Nawaz remained in power and never uttered a single word against the spy agencies and armed forces but now they both have become so-called champions of civilian supremacy. Secondly, a former president is using Sindh card and making his efforts to unite the people of his province so that he may get popular support at least from the province his party is in government for last many years.

In such a state of affairs, the most important question is what should PTI’s government do? The decision of the government that it will not compromise on the basic principles of law is a welcome move. But to ensure that national integration is not hurt due to the ongoing process of accountability the government is expected to take people into confidence. As a matter of fact, PPP has a superficial control over Sindh. It is not supported by the common people rather it is the presence of local Sardars which make sure everyone votes PPP.

One thing is guaranteed that if the government is able to eliminate corruption and brings back laundered money Pakistan will not be asking for financial help from the friendly countries.

PTI’s government must use media both print and electronic in order to expose the reality behind Zardari’s Sindh card. Similarly, it is required to get in touch with the local political leaders so that there is no chaos in the coming days if former president, his son, and his sister are taken into custody by the NAB.

It is also important that the government does not give any impression of Zardari’s political victimization. In no way, the government should ever take the credit of exposing Zardari family. It is the SC and other independent institutions that have worked together and brought facts before the nation.

Previous articlePakistan’s AMAN 2019: “Together for Peace”
Next articleAnother flood of refugees coming toward Pakistan in case of U.S withdrawal from Afghanistan?

24 July 2021
Previous articlePakistan’s AMAN 2019: “Together for Peace”
Next articleAnother flood of refugees coming toward Pakistan in case of U.S withdrawal from Afghanistan?

March towards Islamabad: What PPP is up to?