Presiding over a hearing on appeals filed by the Federal and Khyber Pakhtunkhwa government against the annulment of the K-P Action Ordinance, 2019, Chief Justice Asif Saeed Khosa grilled Attorney General Anwar Mansoor Khan over the government's failure to provide detailed reports of detainees declared as enemies of the state and placed in internment centers. 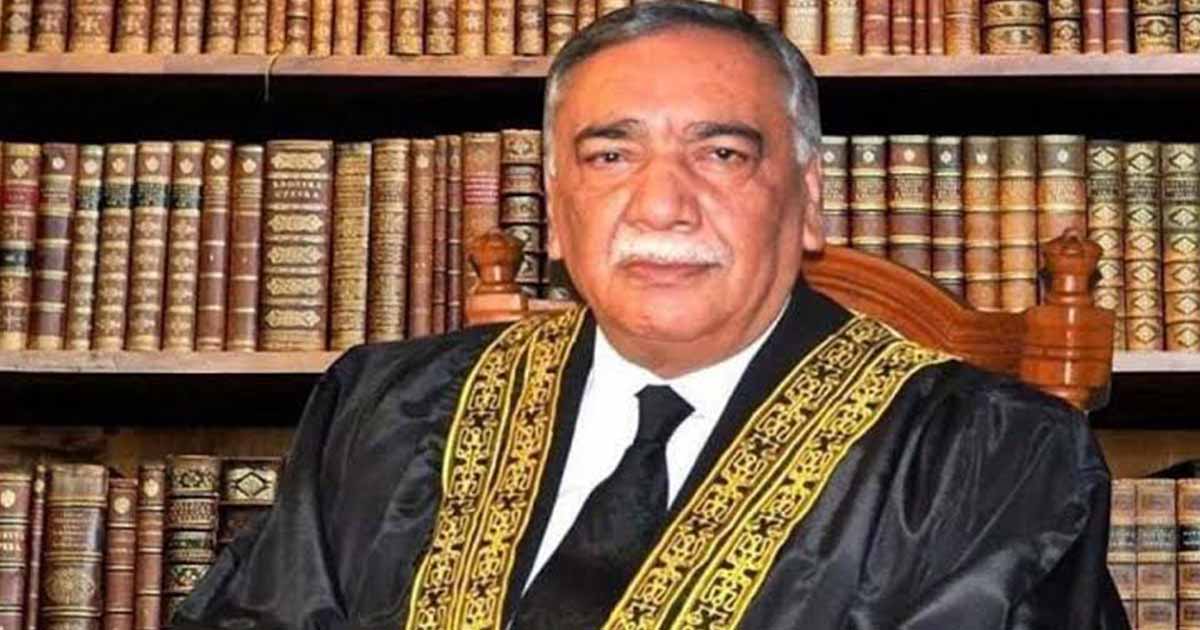 The Supreme Court, on Wednesday, demanded a report on the trials of those detained at the internment centers established in the tribal districts, seeking an explanation for the government on the criteria established for declaring an individual “enemy alien”.

A five judge bench of the Apex court, headed by Chief Justice Asif Saeed Khosa, presiding over the hearing of the appeals filed by the federal and Khyber Pakhtunkhwa government against the annulment of the K-P Action Ordnance, 2019, by the Peshawar High Court.

Who are these Enemy Aliens?

Chief Justice Khosa informed the Attorney General for Pakistan Anwar Mansoor Khan that the Supreme Court will examine Article 10 of the Constitution, which protects the rights of people who have been arrested or detained.

The Chief Justice observed that Article 10 refers to “enemy alien” – individuals who are not entitled to constitutional safeguards. The CJP asked AJP Khan, “Who are these enemy aliens? Are they citizens of Pakistan? Are the people at the internment centers those whose citizenship has not been established?

Justice Isa said that he wants to understand how an individual can be declared as an “enemy alien” and under which law such an individual will be tried. The AGP responded that apparently, the honorable judge did not seek to understand.

A key case, this – the SC has asked the govt for details on each person held in an internment centre. The govt's defence currently seems to be to imply they are all "enemy aliens", which is patently false as (almost all) the internees are Pakistanis. https://t.co/jGZWHAlGkq

Annoyed by the Attorney General’s response, Justice Isa remarked that as the legal representative of the government, it is his duty to respond to the query in accordance with the legalities.

Enemy of the State

The AGP cited the Pakistan Protection Act, 2014, which had been introduced to apprehend enemies of the state. He said, “Any individuals who take up arm against the state are considered an enemy of the state.”

Chief Justice Khosa observed that the federal government official declared someone enemy of the state. He said, “There was also a debate over Pakistan’s decision to give India the status of the ‘Most Favored Nation’. It was argued why such a hostile country was given such a status.”

Justice Isa asked the Attorney General if India had been declared an enemy state, to which Khan responded that he will submit a notification in this regard soon. Justice Isa asked if he would submit it to the court when the case has been decided. He said, “You are not responded to the questions in a befitting manner, and no one has raised this issue so far.”

The Attorney General responded that it is the court’s responsibility to take notice of such issues. He said, “I am constantly being interrupted and my arguments are not being heard. I cannot present my arguments in such an environment.”

Justice Gulzar Ahmad asked the Attorney General to present his arguments instead of conflicting with the judges. The Chief Justice also remarked that it was the government’s responsibility to satisfy the court.

The Chief Justice ordered a report on the number of cases of detainees at the internment centers that have been disposed, and whether these cases were presented in a court or not. The Attorney General said that he would submit the report in two weeks.

“You cannot make assumptions that those living in Fata are enemy aliens,” Justice Isa
CJP asks govt to report on fate of internees in #Pakhtunkhwa – https://t.co/cbIR4y2JG3 #AACP2019

The Chief Justice said that the court was concerned about every detainee, and the case will be decided if the Attorney General fails to come prepared for the next hearing. Then, the hearing was adjourned for two weeks.

The K-P Action (in Aid of Civil Power) Ordinance, 2019, issued by the KP governor on August 5, allowed multiple detention centers legal coverage. These detention centers were established during the military operations conducted in the tribal districts.

The ordinance also provides wide-ranging authority to the authorized officers and armed forces, alongside allowing an interning power to detain a suspect until the army continues its course of action to aid the civil power.

However, on October 18, the Peshawar High Court declared the ordinance as unconstitutional, and a violation of the basic rights in the Constitution of Pakistan. It directed the KP government to share a list of detainees with the police department and to take over the “illegal” internment centers.

The verdict of the Peshawar High Court was challenged by the KP and federal governments.