Bahawalpur Railway station building has been one of Pakistan’s architectural wonders, hidden under isolation and lack of upkeep. NLC’s dedication to restore the building will now accelerate the inflow of passengers to the station and increase revenue for the railways in the long run. 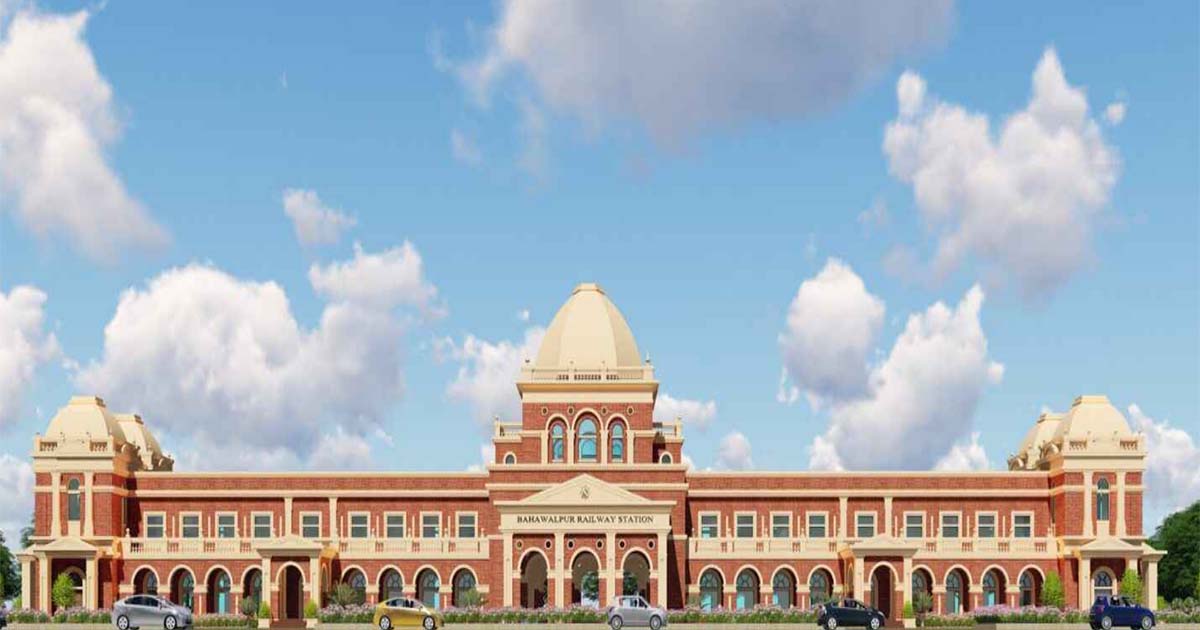 While preserving our national architectural heritage and historic legacy of South Punjab, National Logistics Cell (NLC) has completed construction of Bahawalpur Railway Station that now boasts as being one of the most beautiful facilities of Pakistan Railways in the country.

In 2016, the Railways Minister Khawaja Saad Rafique announced and allocated Rs280 to be spent on the construction of Bahawalpur Model Railway Station. Work, however, belatedly began in 2017 after National Logistics Cell (NLC) was assigned as the contractor for the project.

The newly renovated building of the Bahawalpur railway station was inaugurated by Railways Minister Sheikh Rashid in early September, after which work began on the main line (ML-1). Before this, the state of the art building was going unnoticed through the passage of time due to its ragged condition.

Not to the knowledge of many, right in the middle of construction, the project became delayed due to a lack of funds. NLC went ahead and completed it on a non-profit basis and in fact, the organization has contributed 10% of the total cost from its own resources for this important project. This generous contribution by the NLC helped move the project along faster.

Under the project, the old railway station along with the platform was demolished to add modern facilities for passengers. However, the newly constructed dome-structure resembles the historic Noor Mahal which can be seen from far off distance via the main artery road.

The logistical aspect of any construction is never a piece of cake. Despite congestion and traffic on the site, NLC tried its best to maintain an uninterrupted flow of the trains and passengers during the entire course of demolition and subsequent construction work.

The ground floor encompasses commercial/shopping centers whereas offices and public amenities have been provided on the first floor of the building. Four spacious parking areas have also been constructed for commuters. The green landscaping in front of the main building gives a feeling of openness which adds to the beauty of the railway station.

It may be added that NLC, in collaboration with Pakistan Railways has completed several mega infrastructure projects including the restoration of strategic Sibi-Harnai railway track, Sibi, Okara and Raiwand railway stations and other important projects of Pakistan Railways.

Skyscrapers in UAE, Turkey dazzle with Pakistani flag on its 74th Independence Day