Entire train gets stuck in floods in India 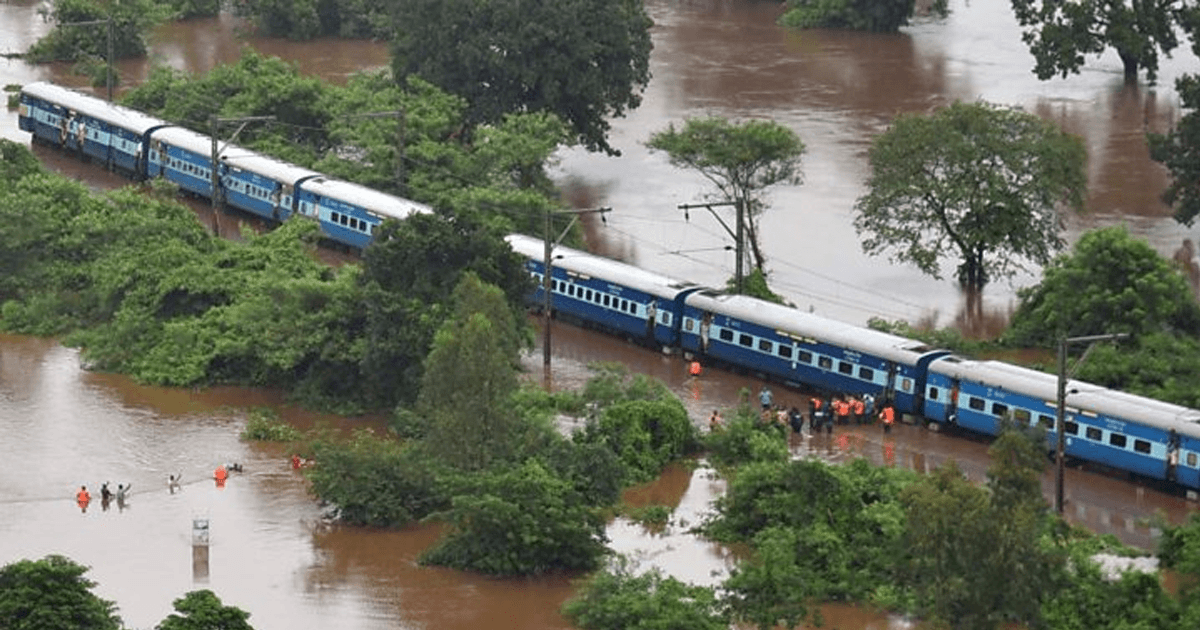 AFP |
Indian navy helicopters and emergency service boats came to the rescue of more than 800 people stranded on a train in floods near Mumbai on Saturday.

The Mahalaxmi Express left Mumbai late Friday for Kolhapur but travelled only 60 kilometres (37 miles) before it became stranded after a river burst its banks in torrential rain, covering the tracks.

The train was stuck for about 12 hours in Thane district before authorities called in the Indian navy and the National Disaster Response Force (NDRF) who deployed helicopters, boats, and divers.

The trapped travelers recorded cellphone videos, pleading for help. They told local media that they had no food or drinking water for 15 hours. The passengers also said the train was surrounded from all sides by five to six feet of water.

#WATCH Maharashtra: Mahalaxmi Express held up between Badlapur and Wangani with around 2000 passengers. Railway Protection Force & City police have reached the site where the train is held up. NDRF team to reach the spot soon. pic.twitter.com/0fkTUm6ps9— ANI (@ANI) July 27, 2019

Indian Railways said the train was emptied in about five hours after the operation started. Nine pregnant women were among those taken off.

Ambulances and at least 37 doctors were sent to treat passengers, who were also given food and water, Indian Railways said.

A spokesman for the state company added that a “special relief train” would take people onwards on their journeys.

Heavy monsoon rains battered Mumbai forcing the cancellation of 11 flights from the financial capital’s international airport on Saturday. Nine incoming planes were diverted to other airports.

The main highway from Mumbai to the resort of Goa was closed because of rising waters.

At least 20 centimetres (eight inches) of rain fell in some parts of Mumbai over 24 hours.

More than 250 people have died in floods across India in the past two weeks, with Assam and Bihar states in the north the worst hit. The army said it had rescued more than 150 people stranded in their homes in Assam’s Nalbari district in recent days.

China set to defeat US as worlds best economy