Turkish President Erdogan refused to receive EU aid for refugees. Also, Turkey has stopped taking in any more refugees. It says Europe must shelter migrants. Whereas most of the refugees are coming from Idlib, an area where Turkey is conducting a military campaign. 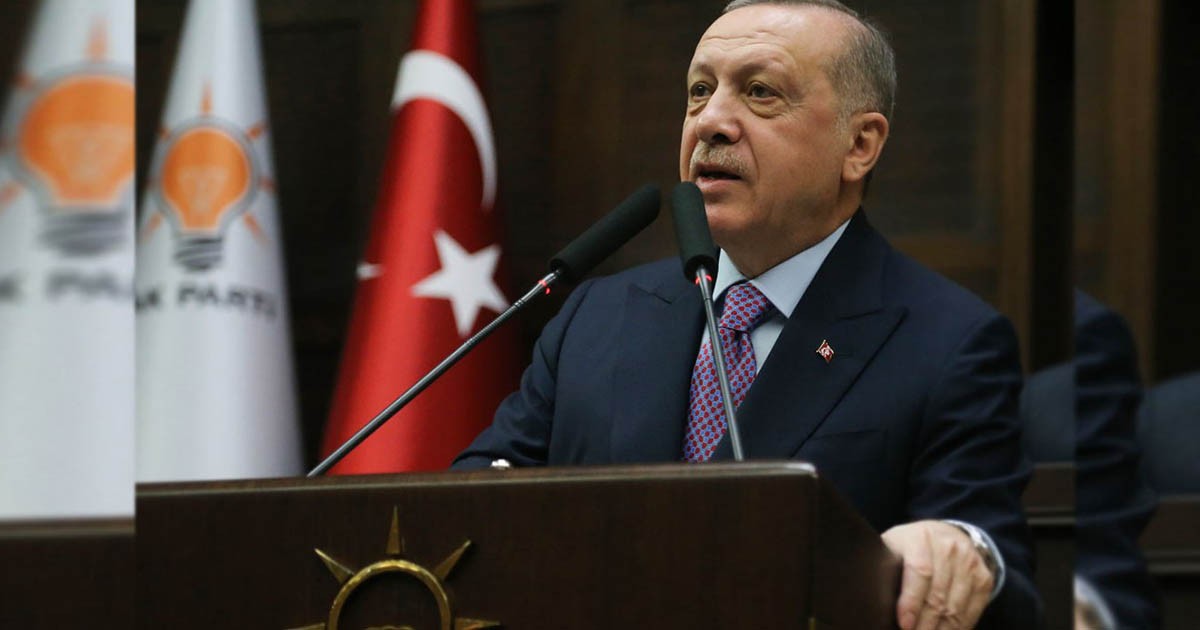 Turkish President Recep Tayyip Erdogan warned on Monday that “millions” of migrants would soon head for Europe, drawing accusations from EU leaders that he is trying to pressure them into backing his incursions into Syria.

Turkey gave the green light to refugees and migrants on Friday to leave for the European Union and thousands have since massed at the Greek border, triggering fears of an influx like that which poisoned European politics in 2015.

But Turkey, which hosts roughly four million refugees, is trying to hold off another mass influx from Syria — where government forces backed by Russian airpower are advancing into the last rebel stronghold of Idlib.

Erdogan further ramped up the pressure late on Monday, saying he had turned down an EU offer of one billion euros (£1.1 billion) in extra aid for migrants, adding to a six-billion-euro deal agreed in 2016.

“We don’t want this money,” Erdogan said at a news conference without specifying when the money was offered, or by whom.

His office later added that he had spoken to Merkel over the phone and warned once again that Europe must take a “fair share of the burden” of dealing with migrants.

He claimed the numbers of migrants at the Greek border — who include Afghans, Syrian and Iraqis — were far higher than figures provided by officials and reporters at the scene, saying “hundreds of thousands” were already there. “There will be more. Soon, this number will be expressed in millions.”

Greece says some 10,000 people were barred from entering the country over the weekend. Clashes broke out as police fired tear gas at the refugees, who responded by lobbing rocks.

Read more: Erdogan to meet Putin for talks after a military close call in Syria

A video shared by a Turkish official, which could not be independently verified, showed a boat of migrants being shot at and harassed by Greek coastguards. Turkey accused Greek police of killing two migrants after a video was shared of a bloodied Syrian on the border, although Athens rejected this as “fake news”.

In desperation, many have sought alternative routes and Greek port police said a young boy died when a makeshift boat capsized off the Greek island of Lesbos. Athens said it would boost patrols and it suspended asylum applications by those entering illegally — a move denounced by the UN refugee agency as having “no legal basis”.

The migrant question comes as Turkey has launched a military operation in Idlib in northwestern Syria in a bid to push back the regime’s offensive.

Close to one million people have been forced to flee the Syrian government’s assault in the biggest wave of displacement of the nine-year conflict, but they are not being allowed to enter Turkey.

Erdogan said he hoped for a ceasefire in Syria when he meets his Russian counterpart Vladimir Putin later this week. Despite being on opposing sides of the conflict, they are keen to avoid direct clashes that would jeopardise their broader trade and defence ties.

Clear message to Turkey that they must wind down their operations in Idlib before Erdoğan-Putin meeting. https://t.co/C43MwkniNp— Paola v. Eulenburg (@p_von_eulenburg) March 3, 2020

“I hope that he (Putin) will take the necessary measures there, such as a ceasefire, and that we will find a solution to this affair,” Erdogan said in a speech on Monday.

The Kremlin said cooperation with Turkey was a top priority. “Our militaries are in constant contact. The main thing is that we now focus on negotiations between Putin and Erdogan,” a spokesman said.

Turkey backs some rebel groups in Idlib and has observation posts under a 2018 deal with Russia. But the forces of Syrian President Bashar al-Assad have made steady progress since December.

Tensions between Turkey and Syria reached new heights last week when 34 Turkish soldiers were killed in an airstrike blamed on Damascus, its heaviest loss since it first intervened in the conflict.

“The airstrikes… were likely committed by the Russian air force, as Syrian fighter jets do not conduct air sorties at night,” said Anthony Skinner, of analysts Verisk Maplecroft. “And yet, both Moscow and Ankara have decided to point the finger of blame at al-Assad, reflecting how little appetite there is on either side for more direct confrontation.”

Turkey retaliated with an operation that saw two Syrian warplanes shot down on Sunday, as well as at least 19 Syrian soldiers killed in drone strikes.

Erdogan said on Monday that Syrian losses were “just the beginning” unless it pulled back behind the borders agreed under the 2018 deal. Damascus responded that it was “determined to confront the flagrant Turkish aggression”.

Pakistan: on Palestinian cause more loyal than the King?

I can be a better sports minister in Pakistan, claims Pakistan-British boxer Amir Khan