President Recep Tayyip Erdogan's dream project of building a canal in Istanbul to rival those at Suez and Panama has turned into a political showdown with the city's new mayor. 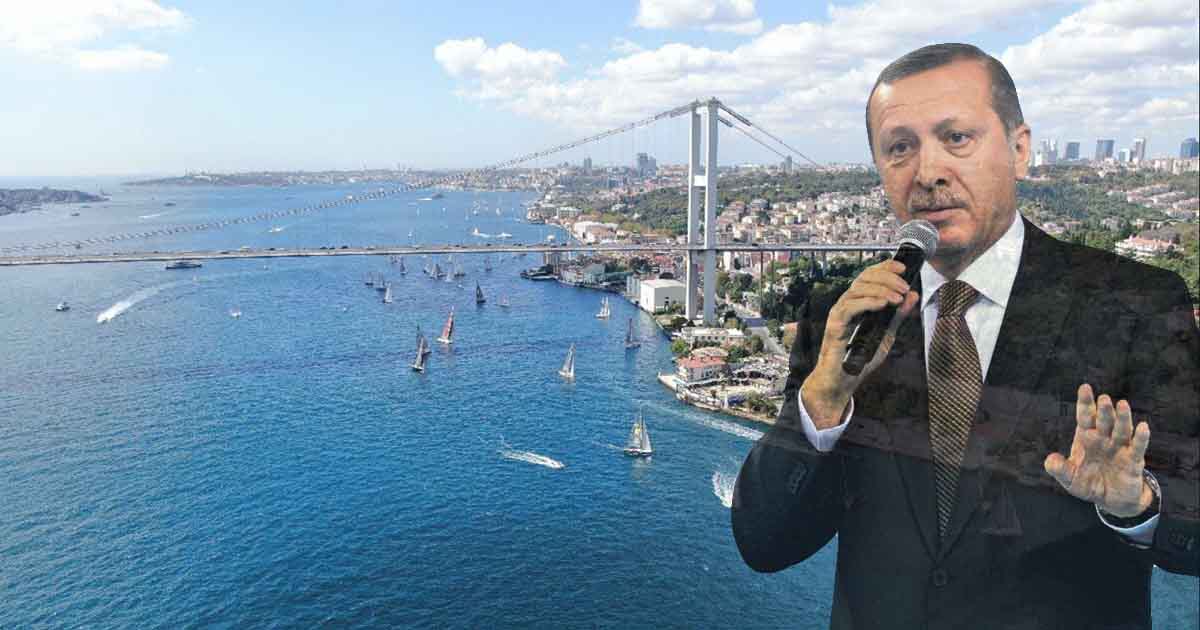 President Recep Tayyip Erdogan’s dream project of building a canal in Istanbul to rival those at Suez and Panama has turned into a political showdown with the city’s new mayor.

Ekrem Imamoglu, who won a shock victory for the opposition in 2019 to become mayor of Turkey’s largest city, says the 75 billion lira ($12.6 billion) canal is wasteful, environmentally destructive and could even increase the earthquake risk.

“Canal Istanbul is a criminal project,” he tweeted in December as he launched an “Either Canal or Istanbul” campaign and withdrew from a construction protocol signed by the previous mayor.

Imamoglu ridiculed the plans which showed “80-storey buildings… yachts, villas, even palaces” along the side of the canal

“We will do everything for this project not to be realised,” he told reporters. This has not gone down well with Erdogan, who has fondly dubbed Canal Istanbul one of his “crazy projects”.

First announced when he was prime minister in 2011, it is by far the most complex of a string of new ventures for the city following a tunnel under the Bosphorus, a third bridge across the waterway and a massive new airport.

It envisages a 45-kilometre (28-mile) canal providing an alternative route from the Mediterranean to the Black Sea through western Istanbul, relieving pressure on one of the busiest waterways in the world.

Critics accuse the president of seeking another debt-fuelled, grandiose statement that will benefit his allies in the construction sector at the expense of the environment.

But the president is unfazed by Imamoglu’s campaign: “We will build Canal Istanbul whether they want it or not,” he said in a speech on Monday. “Turkey has the strength to do it.”

The canal project had actually been on the backburner of late, already struggling to find financing before a sharp economic downturn in 2018 put investments on ice. Analysts say Erdogan has political reasons for bringing it back to the agenda now.

“He is trying to once again dominate the national conversation,” Berk Esen, of Ankara’s Bilkent University, told AFP. “He wants to directly take on and challenge mayor Imamoglu who has obviously gained significant momentum since his impressive election victory.”

But Esen said this could prove to be a “huge strategic error” by Erdogan. “At a time of economic downturn I think it is going to be very difficult for Erdogan to sell this project.”

Critics accuse the president of seeking another debt-fuelled, grandiose statement that will benefit his allies in the construction sector at the expense of the environment

“The mayor is in the process of trying to politicise this topic in order to gain sufficient popular support both within Istanbul and also in the rest of the country in order to defeat Erdogan’s plans,” he said.

The government argues the canal will create attractive new living areas and take pressure off the Bosphorus Strait that splits the European and Asian sides of the 15-million city and is one of the world’s busiest shipping lanes.

More than 41,000 ships passed through the Bosphorus in 2018, according to Turkish authorities — more than 100 per day.

“Everyone who takes a look at the Bosphorus any time of the day sees it cannot handle such an intense sea traffic,” Erdogan told party members in Ankara last week. He also said there were 41 ship accidents in the Bosphorus over the last two years.

But Imamoglu says the government cannot simply ignore his concerns about a project on his patch. “I am mayor of Istanbul. I am not criticising a project in California,” he told reporters.

On Tuesday, he presented his objections to the government’s Environmental Impact Assessment of the project, which rejected concerns raised by activists. Imamoglu ridiculed the plans which showed “80-storey buildings… yachts, villas, even palaces” along the side of the canal.

“The people don’t need yachts or palaces… They want work, food, bread, education,” he said. His Republican People’s Party (CHP) has bussed people in to file their own objections, leading to long queues in the rain outside some district offices.

“There is no need for Canal Istanbul project,” said one woman, Gulseren Hayirlioglu, after filing her petition. “It will cause a massacre of nature.” Others called for a referendum, though this has already been rejected by the government.

“Erdogan must put this issue to the people,” said Suna Duranoglu, a 53-year-old housewife. “He cannot decide on his own.”

Previous articleKhan eager while Opposition hesitate to extend Bajwa’s tenure
Next articleHow much money did NAB recover from corrupt elements in 2019?

25 September 2021
Previous articleKhan eager while Opposition hesitate to extend Bajwa’s tenure
Next articleHow much money did NAB recover from corrupt elements in 2019?

Asad Umar: Man in the eye of the storm