The EU-China summit will take place between the two powers at a time when distrust is rife between them. It is hoped that this summit and the talks therein cool tensions between the West and China. 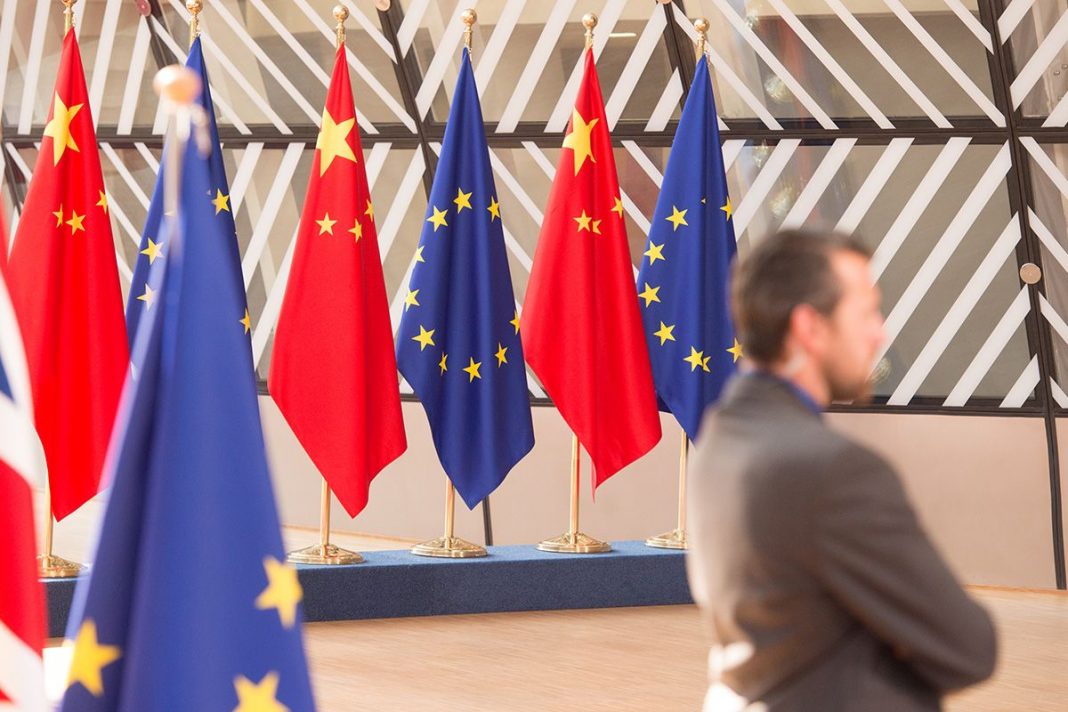 Chinese leaders and senior EU officials hold a video summit Monday with tensions rising over new tariffs targeting Chinese firms and European disquiet at Beijing’s assertiveness on the world stage. The EU-China tussle is looming large in the backdrop of the summit, with both powers finding their views on key world issues increasingly divergent.

The heads of the EU’s main institutions will discuss the coronavirus with top Chinese leaders, after Brussels infuriated Beijing by accusing it of a campaign of disinformation around the pandemic.

Premier Li Keqiang will be the main Chinese representative and President Xi Jinping is also expected to make a video statement.

China and the EU both say they want to strengthen ties, but the relationship is tangled in a thicket of disagreements on topics ranging from trade and investment rules to human rights and national security.

Beijing upbeat about prospects for the summit

Beijing’s ambassador to the EU said last week that Monday’s talks were a chance to make relations “more productive and substantive by seizing opportunities and addressing challenges”.

But he rapped Brussels over plans for tougher rules for heavily subsidised foreign companies, which would particularly target Chinese firms, saying the EU was not practising the openness it preached to others.

US President Donald Trump has pursued a bruising trade war with China, and warned last week of “complete decoupling” while suggesting the novel coronavirus is sometimes called “Kung Flu”, in a jibe at China.

The EU has taken a more balanced approach, characterising China as a “systemic rival” and competitor but also as a partner on some issues. The bloc’s foreign policy chief Josep Borrell has urged a hard-headed approach.

At talks with US Secretary of State Mike Pompeo last week, Borrell proposed a dialogue with Washington aimed at forging a common trans-Atlantic front against Beijing — though he has also stressed the EU must pursue its own interests and not simply toe the American line.

The bloc has sought to challenge China on human rights issues such as Tibet and Hong Kong, where European capitals are extremely concerned about Beijing’s proposed new security law.

On Friday, the EU demanded the immediate release of a Chinese human rights lawyer jailed for “inciting subversion of state power” after penning an open letter calling for constitutional reforms.

But while such calls have occasionally irritated Beijing, they have done nothing to alter China’s course and it is not expected to budge on Monday.

Cui Hongjian of the China Institute of International Studies said officials would defend their position on Hong Kong and explain the need for the new law — as Foreign Minister Wang Yi did in recent talks with EU counterparts.

The EU’s efforts to stand up to President Xi’s increasingly assertive China have been stymied by a lack of unity among its 27 member states, many of which have been courted assiduously by the Asian giant.

A meeting of EU foreign ministers last month dedicated to China highlighted the bloc’s struggles — Borrell voiced “grave concern” at Beijing’s security clampdown in Hong Kong but said sanctions were all but out of the question.

The European Commission, the bloc’s executive arm, has announced plans for new legislation aimed at ensuring foreign firms backed by heavy state subsidies do not distort competition in Europe.

There is particular concern about Chinese companies swooping in to buy European companies weakened by the coronavirus-triggered recession.

Specifically targeting China’s global reach, the EU on Monday last week imposed an unprecedented tariff on Chinese subsidies to exporters, but not those in China itself.

The measure involved EU imports from Egypt of glass-fibre fabrics that were made by subsidiaries of two Chinese firms.

This was the first time the EU took aim at subsidies granted by a country to exporters located in another state.

Meanwhile, talks towards a China-EU investment agreement remain at a standstill, despite a joint pledge to try to get somewhere by the end of the year during the German EU presidency.

Mind The Gap: Conference on Gender Dimensions that keep women down

Qatar’s food security revolution in the wake of Gulf crisis

No more lockdowns in Pakistan says PM despite accelerating cases