EU ‘possibly as bad as China’ on trade: Trump 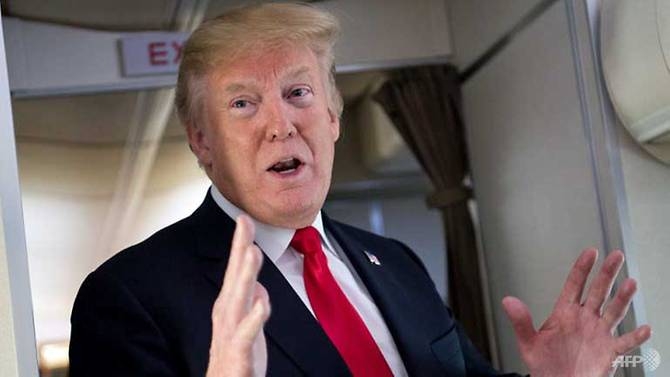 Europe is “possibly as bad as China” on trade, US President Donald Trump said in an interview broadcast Sunday, with trade wars emerging against both the Asian giant as well as longtime allies in Europe and Canada.

The US has complained about Chinese policies that Washington said either forced companies to relinquish key technology or allowed China to steal it outright.

“The European Union is possibly as bad as China, only smaller,” Trump said on Fox News’ “Sunday Morning Futures” program.

“They send a Mercedes in, we can’t send our cars in. Look what they do to our farmers. They don’t want our farm products.  Now in all fairness they have their farmers… But we don’t protect ours and they protect theirs,” he said.

Trump had already threatened tariffs on cars imported from the European Union, in response to the EU’s retaliatory tariffs last week on iconic US products including bourbon, jeans and motorcycles.

The EU retaliation came after Trump’s administration on June 1 struck Europe as well as allies in Canada, Mexico and elsewhere with tariffs on aluminum and steel. Canada’s retaliatory tariffs take effect Sunday against American products including Florida orange juice, ketchup and Kentucky bourbon.

Canada and the US are among the world’s largest trading partners, with an estimated $673.9 billion in goods and services exchanged in 2017, with the US scoring a small surplus ($8.4 billion), according to US government data.

At Trump’s insistence, Canada, Mexico and the US are renegotiating the North American Free Trade Agreement. “NAFTA, I could sign it tomorrow but I’m not happy with it. I want to make it more fair, OK?” Trump said, adding that he wants to wait until “after the election.”

Trump’s Republicans are fighting to retain control of Congress in November midterm elections. In the interview the president again complained about Canada’s protected dairy industry, saying “that’s not fair.”

Trump on Wednesday said he supported tougher restrictions on foreign investment in sensitive technology, as well as export controls on those goods, but he stopped short of imposing specific restrictions on China.

Asked about that decision, Trump said in the interview that he is not backing down on China tariffs. “No, no, no, no,” he said, noting that more tariffs could be imposed if there is no deal with China.

“I will tell you, China wants to make a deal and so do I, but it’s got to be a fair deal for this country,” he said. The US has complained about Chinese policies that Washington said either forced companies to relinquish key technology or allowed China to steal it outright.

The president announced 25 percent import tariffs on hundreds of Chinese products to pressure the country to alter its practices. Those tariffs are due to take effect July 6.

That came on top of the tariffs on Chinese steel and aluminum that went into effect in late March — measures that prompted Beijing to slap punitive duties on 128 US goods, including pork, wine and certain pipes.