Top EU diplomat Josep Borrell on Monday held talks in the Iranian capital Tehran, during a mission aimed at lowering tensions over the Islamic republic's nuclear programme. By discussing the situation in the region and ways of reducing tensions as well as the 2015 Iran nuclear deal with the Iranian officials, he is hopeful Iran would keep its end of the bargain. 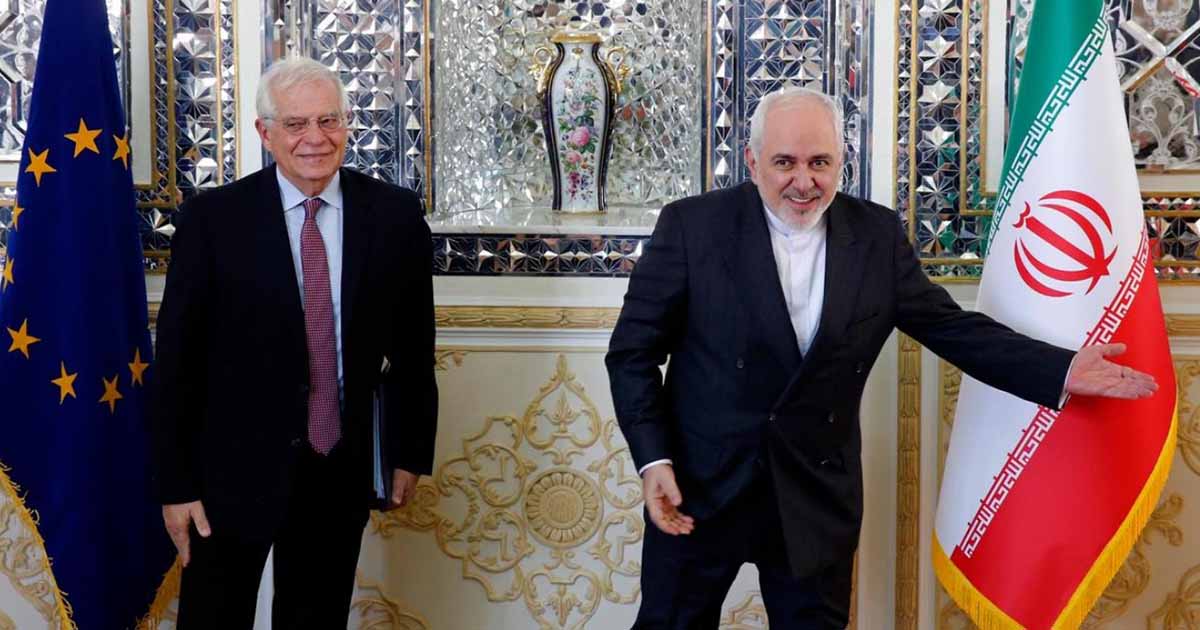 Borrell’s trip, his first to Iran since taking office, follows a spike in tensions between arch-foes Washington and Tehran after the January 3 assassination in Baghdad of a top Iranian general in a US drone strike.

Borrell started his visit by meeting Foreign Minister Mohammad Javad Zarif, discussing the situation in the region and ways of reducing tensions as well as the 2015 Iran nuclear deal, the ministry said.

The nuclear deal between Iran, the five permanent members of the UN Security Council -Britain, China, France, the United States and Russia- and Germany offered Tehran a partial reprieve from crippling international sanctions.

But it has been crumbling since US President Donald Trump withdrew unilaterally in 2018, and Washington has since stepped up sanctions and a campaign of “maximum pressure” against Iran.

Tehran has gradually stepped back from its own commitments under the deal, while military tensions with the US brought the two countries to the brink of a full-blown confrontation last month.

The European parties to the agreement triggered a complaint mechanism under the deal in January in a bid to press Tehran to return to full implementation.

Borrell however played up the future of the deal, known as the Joint Comprehensive Plan of Action (JCPOA), and the commitment of France, Germany and Britain to try and keep it alive.

He told reporters “the activation of the dispute settlement mechanism… doesn’t mean that these countries want to go to the security council in order to definitely cancel the nuclear deal”.

“All of them insisted on the idea that this was not a measure oriented to finish with the deal but to try to keep it alive, to give time to negotiations,” Borrell said.

Rouhani, in a statement released by the presidency, told Borrell that Iran “was ready… to cooperate with the European Union to resolve problems” facing the deal.

Tehran is also ready to “return to the commitments” when the other parties “uphold their commitments”, the statement added.

Borrell said last month that a joint commission overseeing the deal, including representatives of all the countries involved, will meet in February, without giving a precise date.

Washington accuses Tehran of seeking a nuclear weapon, which Iran has always denied.

The US withdrawal from the deal and its reimposition of biting sanctions deprived Iran of keenly awaited economic benefits.

The renewed US sanctions have almost entirely isolated Iran from the international financial system, driven away oil buyers and plunged the country into a severe recession.

Under the deal struck in Vienna, Iran agreed to drastically reduce its nuclear activities and to submit to a tailor-made inspection regime by the International Atomic Energy Agency (IAEA).

But since May 2019, Iran has progressively scaled back its commitments in response to the US sanctions and Europe’s inability to circumvent them.

Iran is now producing uranium enriched beyond the 3.67 percent set by the agreement, and no longer adheres to the limit of 300 kilogrammes (660 pounds) imposed on its enriched uranium stocks.

It has also resumed research and development that was restricted under the deal.

It stresses that all its moves away from the agreement are reversible.

Rouhani told Borrell on Monday that for now Iran would continue to submit to IAEA inspections.

The top EU diplomat insisted in Tehran that the UN atomic energy agency “is the only one who can witness, who can certify” the state of Iran’s nuclear development.

“I’ve asked the Iranian authorities, and I think they agree, we have to continue with the survey of the International Atomic Energy Agency,” he said.

Zarif and Borrell also touched on Trump’s controversial peace plan for the Israeli-Palestinian conflict and developments in Iraq, Syria and Yemen, the foreign ministry said.

“I’ve been visiting Iran because we cannot talk about the stability in the region without taking into account Iran,” Borrell said.

“We are trying to keep in touch with everybody in order to try to see what we can do… to stabilise the region and to create mutual understanding or at least to build trust which is certainly lacking.”

Ready or not? Britain’s ‘no deal’ planning