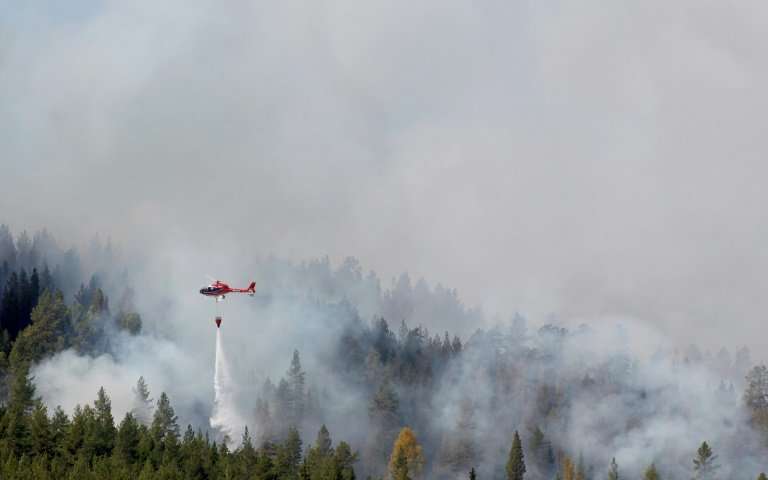 Wildfires in the Arctic Circle, drought-stricken farmers and a spike in hospital treatment for sunburn: an unusually long heatwave this summer has northern Europe in its grip. Farmers across the region have warned that crop yields will be down while poor grass quality is affecting the quality of milk and the availability of animal fodder.

In Sweden, where temperatures are the highest for a century, farmers are even sending their animals to slaughter because there is no way left to feed them. Their plight is extreme, but echoes concerns across Europe with weeks of soaring temperatures and little rain.

Poland has asked the EU for financial aid after more than 91,000 farms were affected by an unusual spring drought, according to the agriculture ministry. Latvia declared a national state of disaster in its farms sector in June and also requested early payment of agricultural subsidies from Brussels.

Portugal’s interior ministry said it would be sending two amphibious fire-fighting planes to Sweden, battling the heatwave and a drought which have combined to spark a number of wildfires in southern regions.

A massive wildfire forced the evacuation of a village in western Latvia earlier this week, which firefighters were still struggling to contain on Friday. Volunteers, including local farmers who helped transport water through the forests in their tractors, joined the army and national guard to help fight the blaze.

The high temperatures also brought downpours, including flash flooding in the Tatra mountain area spanning the Polish-Slovak border. Around 300 people were evacuated on Thursday night from a village on the Slovak side, rescue officials said.

Read more: Gigantic Oil Reserves in the Arctic: a New Battleground for Global…

In Germany, which suffered a drought in May and June, agricultural producers warned the harvest this year will be down by between 20 and 50 percent. A wildfire earlier this month in the eastern state of Saxe-Anhalt had destroyed 80 hectares (198 acres) of forest.

In Britain, a wildfire on Saddleworth moor in northwest England, believed to have been started by arson, raged for three weeks before it was put out on Thursday. With just 47 millimeters (1.8 inches) of rain recorded in Britain between June 1 and July 16, fire chiefs have warned that parks and other grasslands are like a “tinderbox”.

Farmers across the region have warned that crop yields will be down while poor grass quality is affecting the quality of milk and the availability of animal fodder.

“I never thought I’d say this, but we are praying for rain,” said the British capital’s fire chief Dany Cotton. A ban on hosepipes and sprinklers is being introduced in northwest England on August 5, prompting advice for people to water their gardens with the bath water.

Meanwhile, doctors warned of an increase in hospital attendance and admissions due to dehydration and sunburn, particularly among elderly patients. Elsewhere, Portugal’s interior ministry said it would be sending two amphibious fire-fighting planes to Sweden, battling the heatwave and a drought which have combined to spark a number of wildfires in southern regions.

France, Italy, Poland and Norway have also responded to Swedish appeals for help. The boot was on the other foot last year when Portugal had to call on its neighbours to help contain a series of deadly forest blazes which left 112 people dead.

Approved budget to be shared with IMF by July 1