More than 265 websites in 65 countries working against Pakistan are owned by India.  The websites are tasked to produce anti-Pakistan informational context in EU and the USA.  The content of these sites unduly focuses on religious minorities and women empowerment related issues of Pakistan and offers an exaggerated picture of the same.

The EU DisinfoLab, a European NGO tackling disinformation, has published its findings on a vast network of fake local news sites in over 65 countries serving Indian interests by repeatedly criticizing Pakistan. A summary of the report has some eye-opening facts for Pakistan.

Pakistani experts and political commentators always maintained that India uses various methods of propaganda to damage its reputation before the international community. Some Pakistani nationalists also claimed that the agenda of India is to defame Pakistan by exaggerating the challenges that the minorities are facing in Pakistan. “What type of challenges are minorities facing in Pakistan? Don’t we all stand by them whenever there is any attack against them?” a journalist told GVS.

The latest report has exposed the Indian propaganda against Pakistan which may have some serious consequences for the future of Pakistan and its position on Kashmir. Academics and experts are now mulling over finding out ways to counter India’s virulent propaganda.

As many as 265 fake local news websites in more that 65 countries, including the US, Canada, Brussels and Geneva, are managed by Indian influence networks with an aim to sway public perception on Pakistan, finds a study#Pakistan #fakenewshttps://t.co/GbPgzikiHf

The websites which are more than 265 in number, are designed to influence the European Union (EU) and the United Nations (UN) with the objective of damaging Pakistan, according to the report.

In early October, the European External Action Service’s (EEAS) East StratCom Task Force — or the EU Disinformation Task Force — had revealed that eptoday.com, which covers European Parliament (EP) in Brussels, was plagiarizing news from Russia Today and Voice of America since a long time.

Most of the plagiarized content included articles and op-eds related to minorities in Pakistan and India-related matters. Surprisingly, it was discovered that the monthly publication was owned by Indians, with links to numerous think tanks, NGOs, and entities from the Srivastava Group.

The group’s Internet Protocol (IP) address was home to an obscure online media outlet, New Delhi Times, as well as the International Institute for Non-Aligned Studies (IINS), both of which were tracked to the same location in the Indian city of New Delhi.

The IINS, a few weeks later, requested 27 members of the European Parliament to join them for a tour to Kashmir and meet Indian Prime Minister Narendra Modi. It was covered by the media and journalists soon linked it to managers and those funding the contentious visit — the IINS and the direct entourage of EP Today.

The EU DisinfoLab using open source intelligence continued investigating the network, leading it to Geneva, which houses the headquarters of the UN’s refugee agency. The EU DisinfoLab discovered a 35-year-old paper, timesofgeneva.com, which publishes online the same content as EP Today and produces the same material which criticizes Pakistan’s role in Kashmir.

Hard evidence related to EP today and Times of Geneva was found, linking their strong ties to a network of NGOs and think-tanks, such as the European Organization for Pakistani Minorities (EOPM) and Pakistani Women’s Human Rights Organization. These organizations’ website were hosted on the same servers and their staff wrote for EP Today.

Further, links between EP Today and timesofgeneva.com were proved by discovering connections between the websites’ domain names, emails, and registration addresses.

The map below shows the number of countries with platforms that publish content promoting India’s diplomatic interests. 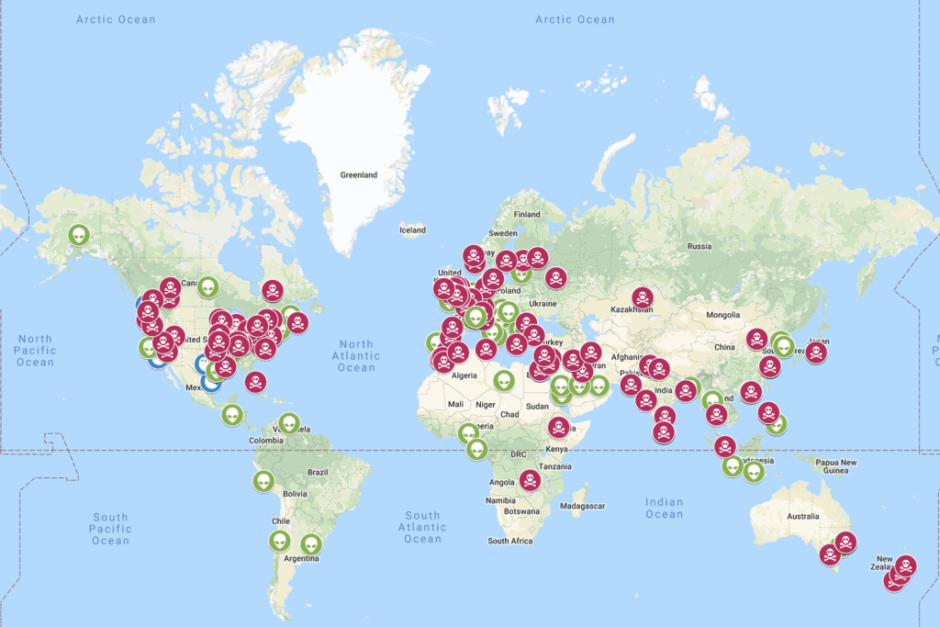 So far, the analysis shows timesofgeneva.com targeting the UN and EP Today targeting the EU. The publications have been active for several years now. The investigators also found 4newsagency.com, which is a “synergy between 4 news agencies from Switzerland, Belgium, Thailand, and Abu Dhabi (UAE)”, with its teams spreading over a 100 countries. It operates in the same mode as EP Today and timesofgeneva.com.

What Fake Media Outlets Do

How to Deal with Propaganda in the Age of Social Media?

There have been reports of banning accounts operating from Pakistan which are critical of India’s oppression in the Indian-occupied Kashmir. Pakistan took up the matter with Twitter and Facebook in order to present its case on how India was curbing the freedom of expression.

At the moment, Pakistan is yet to respond to these startling facts brought up by an NGO. Experts believe that the educated youth of Pakistan has a responsibility to defend the country’s national interests at digital fronts.