Evaluation of democracy and forthcoming challenges to next government 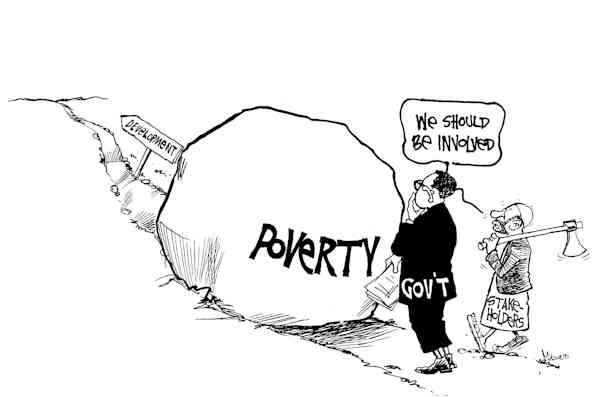 Muhammad Bilal Abdul Ghani |
The 14th National Assembly completed its term on May 31st, 2018. It is a landmark achievement in the democratic history of Pakistan. Now, Pakistan is preparing for the transfer of power to the next democratic government as elections 2018 have been scheduled on 25th July 2018. All major stakeholders, judiciary, military, and executives have shown their resolve for timely and free elections. The quick response and decision regarding the delimitation issue and nomination paper have shown the determination of the Chief Justice of Pakistan for the continuation of the democratic system.

In latest media talk, DG ISPR has cleared the position of the army and its unconditional support for the upcoming elections and ruled out all allegations leveled by political stakeholders against them.

Democratic parties, democratic leaders and democratic assemblies are the major component of the democratic system,  required for the solution of the forthcoming challenges.

The in time appointment of the caretaker prime minister and provincial chief ministers has shown the true direction and spirit of politicians and the Election Commission of Pakistan. One thing that is clear from all these developments is all stakeholders are on the same page for timely and free and fair elections. It has removed all grey areas and hurdles that were thought to lie in the path of elections 2018. All stakeholders are making their utmost effort for the success of this system because time has proven that this system has served best for the interests of all stakeholders.

In the first phase, the constitution was not present for nine years and was introduced in 1956. The absence of the constitution led to two major developments; the first was was the rise of non-political forces in the government as Governor-General Gulam Muhammad and President Sikandar Mirza were both bureaucrats, and the second development was the induction of the army chief into a cabinet as the defense minister, paving the way for military interventions.

In the second phase, Zulfiqar Ali Bhutto took the oath as the 4th president for the first four years of this phase and then the prime minister for the last four years. This period is also known as the ‘socialist democratic phase.’ The major developments in this period were nationalization of industries as part of the socialist ideology and the induction of article 6 (high treason) in the constitution, which was an effort to stop future military interventions. Furthermore, land reforms were introduced to discourage feudalism but could not be implemented in true spirit.

The third period was the unstable democratic phase that continued from 1988 to 1999. During this period 58(2)b was used four times. This was due to the removal of various leaders from office. This started when the first time President General Zia-ul-Haq removed the then Prime Minister Muhammad Khan Junejo and dissolved the assemblies. As a result, Benazir Bhutto came into power in 1988 and held the office for two years before President Gulam Ishaq Khan removed Benazir Bhutto and dissolved the assemblies. This resulted in Nawaz Sharif coming to power in 1990. However,  he could not complete his term as he was removed by Gulam Ishaq Khan in 1993.

The Pakistan Army has conducted operation Zarb-e-Azab and operation Radd-ul-Fasad to combat the terrorism but a lot of work is pending in this regard.

After 1993, Benazir Bhutto came into power again and continued her term till 1996. After three years, she was again removed by Farooq Laghari, which, led to Nawaz Sharif coming back to power and securing the 2/3rd majority in the Parliament. He introduced the 13th amendment in the constitution which deprived the president of two powers – First, the president was bound to advise the PM and second, the President was no more empowered to dissolve the National Assembly and dismiss the prime minister. In 1999, Nawaz Sharif was removed by the army chief in the result of the Kargil crisis.

The latest democratic phase started in 2008, when Asif Ali Zardari mad the coalition government with ANP, MQM and JUI(F). In a later stage, JUI(F) was replaced by PML(Q). During this phase, the government achieved three milestones – the Baluchistan Package September 2009, 7th NFC Award December 2009 and the 18th to 20th amendment (2010~2012). On the other hand, its three failure were the energy crisis, rampant corruption and the law and order situation in the country.

Read more: Will caretaker government be able to hold free and fare elections?

After this government’s tenure, elections were held in 2013 and Nawaz Sharif came into power for the third time. This government has faced many problem and challenges but successfully completed its term in May 2018. Their major achievements include the Nation Action Plan, reduction in corruption, improvement in energy and economy through CPEC and other power projects and electoral reforms in the form of election ACT 2017.

Although a smooth transition is in progress, the next government will face many hurdles and challenges to complete its tenure in office. The major challenges can be divided into four categories – economic challenges,  foreign policy challenges, security challenges and development challenges.

Economic challenges include circular debt, foreign loans, foreign exchange reserves and trade deficit. With this in mind, the previous government has left a circular debt of more than 1000 billion in the system, which will require serious effort from the next government. Moreover, foreign loans are at the highest ebb and foreign exchange reserves are at the lowest ebb – less than 10 billion dollars. Although the previous government has taken the bailout package from the IMF to stabilization the economy, it did not give the desired results.

Pakistan has faced four military interventions due to the imbalance of civil-military ties.

This has led Pakistan to take loans from Chinese banks to maintain foreign exchange reserves. The trade deficit is also increasing day by day as our exports are less than half of our previous exports. To solve this economic crisis, all these economic challenges will need special treatment from the upcoming government. To escape form FATF blacklist and greylist will be another challenge for the next government. A decisive policy for anti-money laundering and terror financing will be required for its solution.

Foreign policy will be another challenging area for the next government. In the previous government, there was no foreign minister for four years and it has damaged the image of Pakistan on many fronts and Pakistan has lost its ground for narrative building on many issues. A strong foreign policy will be required on the current water crisis specifically. To worsen the situation, the Indian Prime Minister Narendra Modi has inaugurated the Kishan Ganga hydroelectric plant in Indian held Kashmir.

It has raised the serious concerns for the Pakistani government and Pakistan has raised this issue with the World Bank, for arbitration, but the case is still unresolved. Furthermore, In the last briefing to the Senate Committee Chairman, WAPDA has encouraged the government to make the Indus Water Treaty part of foreign policy so that its implementation can be ensured form both sides. The water crisis will be a great challenge for the next government during their tenure.

In addition, the Kashmir issue and relations with Saudi Arabia, Iran, Afghanistan and United States will be another front on which a prudent foreign policy will be required from next the government. A strong border management will be required with Afghanistan and Iran to stop the cross-border movement of terrorists. A balanced relationship is required between Saudi Arabia and Iran as both states are important allies of Pakistan and moreover, Iran is established between Pakistan and India. In terms of the Trump administration, a balanced foreign policy will be required to counter the aggressive approach and demands of the US. Furthermore, the Kashmir issue will be another area which will present many challenges in terms of the foreign policy of Pakistan.

Security challenges will be another complicated area for the next government, which will yet again need serious attention and aggressive policymaking as Pakistan has been facing terrorist attacks form many years, which has destabilized many parts of the country. The Pakistan Army has conducted operation Zarb-e-Azab and operation Radd-ul-Fasad to combat the terrorism but a lot of work is pending in this regard. The previous government has already put in the framework through the Nation Action Plan but serious steps will be required for its effective implementation. The security of CPEC will be another challenge because it will complete its first phase in 2020.

The last category of challenges is the development challenges. It includes the energy crisis, FATA and PATA development, judicial reforms and civil-military relations. Although the previous government has done a lot of work to overcome the energy crisis – more than 10,000 MW electricity has been added to the system through various projects – a lot of work is still required for its functioning.

Moreover, line losses, theft issues and up gradation of the system to handle excess electricity are the areas on which the previous government has done no work in their tenure. With this in mind, the previous government has successfully completed the merger of FATA and PATA through the 24th amendment of the constitution but effective implementation of FATA reforms in grass root level represents an even greater challenge for the upcoming government.

Read more: Rise of Judiciary in Pakistan: No more Lions under the throne

Additionally, judicial reforms are another area where a lot of work will be required by the new government. As Pakistan is facing judicial activism nowadays, which is not good for the democratic system, it requires necessary legislation by the next government. There are many laws that have become redundant to the system since they are not performing well according to their spirit – they have been outdated while crime has advanced.

Therefore,  their renewal will be an important subject after the elections.  Further to this, a balanced civil-military relationship will be another challenge which the new government will have to fight. Pakistan has faced four military interventions due to the imbalance of civil-military ties. They will have to make and implement the policies with the interest of the military and its allies in mind.

Although the above-mentioned challenges are very serious and seem very hard to overcome, they can be addressed, faced and solved if and only if the democratic process remains in place.  Democratic parties, democratic leaders and democratic assemblies are the major component of the democratic system,  required for the solution of the forthcoming challenges. Resultantly, the nation is waiting for a smooth transition of power for the third democratic government in the upcoming elections.

Bilal Ghani is a graduate from UET Lahore. The views expressed in this article are author’s own and do not necessarily reflect Global Village Space’s editorial policy.

U.S Foreign Policy on Yemen is ‘The Mother of All Lies’

Corruption & Pakistan: Only one thing can stay

The streets of intimidation