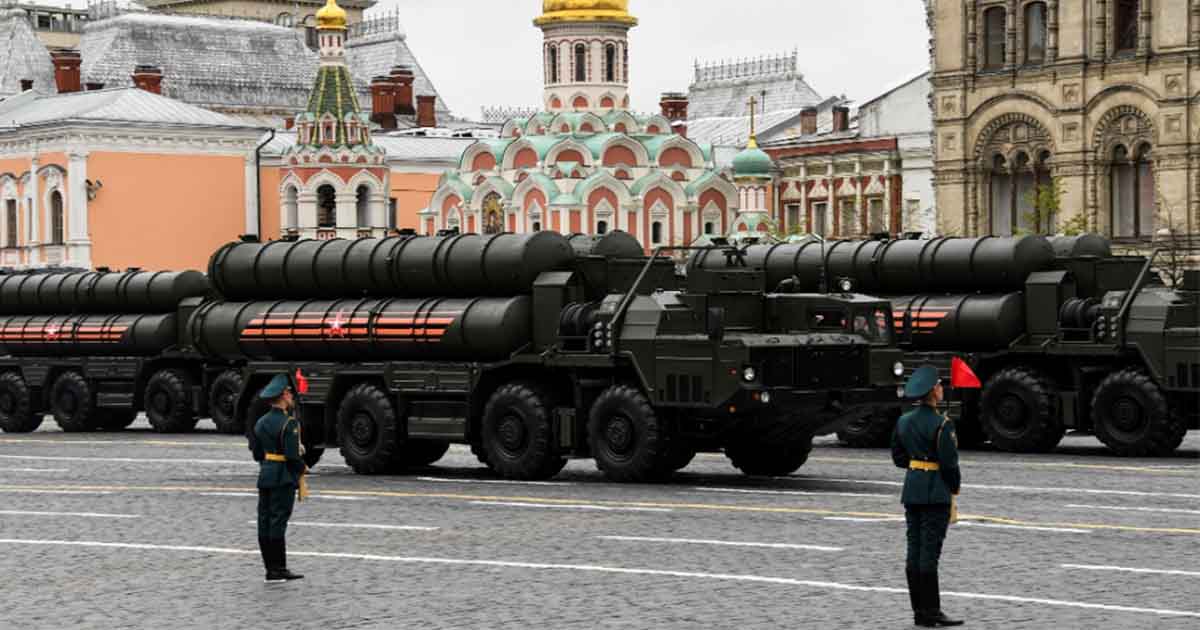 Even as the US has reiterated its reservations about Turkey and India’s purchase of the S-400 missile system, Indian and Pakistani military experts believe that it was the best available air defense system in the world.

They maintained that American alternatives at present were no match to this tested Russian system.

Former Deputy Chief of Indian Air Force (IAF) Kapil Kak and ex-Director General of Pakistan’s powerful Inter-Services Intelligence (ISI) Gen. Ehsanul Haq told reporters that the US attempts to foist its interests on sovereign countries would prove counterproductive. Both of them believed that the US behavior was in a way an attack on the strategic autonomy of these countries.

“My view is that Turkey and India will very jealously protect autonomy in their strategic decision making. They will find it very difficult to align with the US dictate on the S-400 issue. The US administration should find a diplomatic solution to the issue and retain its political and military linkages with Turkey,” said the former ISI chief.

A US government official on Monday warned against purchase of the Russian equipment while speaking to Indian journalists in Washington ahead of an expected visit by US Secretary of State Michael Pompeo to New Delhi as part of preparations to arrange a meeting between US President Donald Trump and Indian Prime Minister Narendra Modi on the sidelines of the G-20 summit in Japan later this week.

“With respect to S-400, we are urging all our allies and partners, India included, to forgo transactions with Russia that risk triggering CAATSA (Countering America’s Adversaries Through Sanctions Act) … This is a time we will be encouraging India to look at alternatives,” said the official, according to Indian media reports.

Retired Air Vice Marshall Kapil Kak, who has commanded fighter jets and is involved in strategic planning in India, said in terms of tracking and scanning of radars, height parameters and the area it can cover, the S-400 system was the best in the world. He said the US offer to supply American Patriot missile defense system was not an alternative to match their strategic requirements.

“My back up on calculation is that S-400 is superior than any other system, be that the American Patriot. It also depends on Patriot derivate that is on offer. For S-400, we know exactly what it means. We are not sure, when Americans talk us about Patriots. It has been used in the Gulf war and upgraded subsequently. But as far as the configuration, we know, it is not superior to S-400. I do not think, it will either interest Turkey or India,” said Kak, who has also served as chief instructor at the Defense Services Staff College at Wellington, the capital of New Zealand.

He said given the geopolitical realities in the region, Turkish armed forces were in need to purchase the best defense system.

Former air force officials described the US argument that the purchase will compromise the configuration of its fifth-generation F-35 aircraft, does not hold the ground. He reminded that as NATO allies, Turkey and the US are already committed to the Communications Compatibility and Security Agreement (COMCASA), which secures the US military equipment. It also facilitates inter-operability between militaries and sale of high-end technology. India also signed this agreement last September after the conclusion of a meeting between the foreign and defense ministers of both countries in New Delhi.

The former air force official, however, said there was a marked difference between Turkey and India. Even as the US was pushing both to relinquish the deal, Kak said at the end New Delhi may succeed to secure an American waiver. “My own reading is that the US approach towards Turkey will be far harder than towards India, because of various geopolitical and regional factors,” he said.

“We have been told at senior most levels that India will be exempted. India will not have to pay the price in way of economic sanctions, if it goes ahead with purchasing the Russian missile system. But there is no clarity still. My own reading is that India is closely watching America’s approach towards Turkey. But I feel they [Americans] will be generous towards India,” said Kak.

He also disclosed that like Turkey, the US has been offering alternatives to India as well. “They [Americans] have been also offering us not only the F-21 aircraft, which is an upgrade of F-16, but have assured to set up their production line in India itself. So, India can become exporters of these jets,” he said.

The setting up of production line is an attractive proposition, given the fact that there are 4000 F-16s and F-21s in the world. But when deciding about the French Rafale aircraft, the IAF had already rejected the American F-16 deal. In April 2015, India purchased 36 French Rafale fighter jets, rejected American and other offers.

On whether the American approach will affect Pakistan as well, which is another major non-NATO ally, Haq said the military relationship between the two countries has lost its momentum.

“Fortunately, or unfortunately, the status of non-NATO military ally has not given any benefit to Pakistan. The US Pakistan military relationship has gradually lost its momentum. There are hardly any military transfers to Pakistan; even military training arrangements have been at a standstill. Consequently, the US ability to do anything about Pakistan’s defense procurement from Russia is minimal,” he said.

How can Pakistan halt Indian shelling from across LoC?