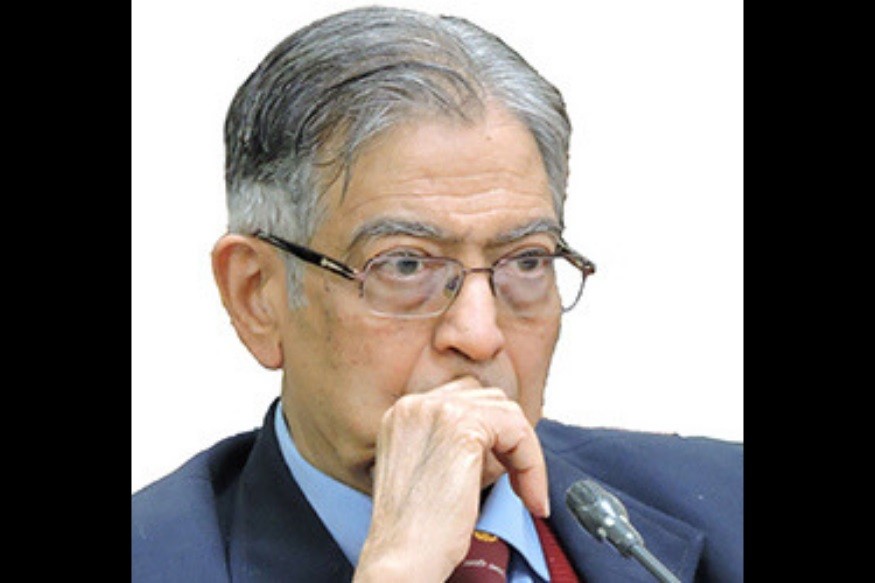 Satish Chandra, a former Indian High Commissioner to Pakistan has penned an article where he has recommended to the Indian government to openly side with Afghanistan on the legality of the Durand Line. The title suggests the Indian government officially does not contest the validity of the Durand Line which demarcates the international border between Pakistan and Afghanistan. The learned scholar goes on to admit that barring Afghanistan no other nation disputes the legitimacy of the current Pakistan – Afghanistan border.

The scholar has based the invalidity of the Durand Line as the international border on two counts. First, he argues that “it was never intended to constitute an international border but merely to mark the limits of spheres of influence of Amir Abdur Rahman Khan (The Afghan King) and British India.”

Treaties on the Durand Line

Satish seems blissfully unaware of the subsequent treaties, accords and agreements signed by the respective Afghan Kings and governments of Afghanistan and Great Britain, the then rulers of the Indian subcontinent that clearly ratified the Durand Line as the international border between Afghanistan and British India; and subsequently between Afghanistan and Pakistan. More likely, Satish has deliberately cherry picked the evidence to support his point of view.

“it was never intended to constitute an international border but merely to mark the limits of spheres of influence of Amir Abdur Rahman Khan (The Afghan King) and British India.”

Ahmed Shayeq has very accurately expressed in his paper Pak-Afghan Relations: the Durand Line Issue that the Durand Line agreement was signed by King Abdur Rahman and the British India in 1893 and initially was restricted to the lifetime of the Afghan king. In1905 King Habibullah, the son of Abdur Rahman Khan signed another treaty known as Dane-Habibullah agreement where Afghanistan’s continued commitment to the Durand Line was reaffirmed.

Following the 1919 Anglo-Afghan war a peace agreement was signed between Great Britain and Afghanistan on 8 August 1919, (Rawalpindi Agreement) where the validity of the Durand Line was protected through article 5 of the treaty, which stated: “the Afghan Government accepts the Indo-Afghan frontier accepted by the late Emir Habibullah Khan.”

On 22 November 1921, another agreement titled “establishment of friendly commercial relations between Afghanistan and Great Britain”, also called the Kabul Agreement, was concluded by the two. The Kabul Agreement of 1921 superseded the Rawalpindi Agreement of 1919 and recognized the Durand Line as an international border of Afghanistan. Thus, for the first time, recognition of the Durand Line by the two states as an international border between Afghanistan and British India was set free of any personal undertaking by the kings, and both states agreed to it as a permanent border between them.

Satish Chandra’s first argument that the Durand Line was never intended to constitute an international border is not supported by history. His second, advocating that the Indian government should openly side with the Afghanistan’s version of the Durand Line controversy is based on his contention that Pakistan has consistently failed to observe the assurance of non-interference “in the territories lying beyond this line on the side of Afghanistan”. The second tries to remain oblivious to Indian involvement in Afghanistan.

Pakistan did directly and openly intervene across the Durand line during the Soviet occupation of Afghanistan. Working in league with the USA who provided modern arms and weaponry to the Afghan Mujahideen and Saudi Arabia’s substantial financial support, Pakistan played the crucial part of coordinating the entire war strategy and serving as a conduit. The Soviet forces were eventually expelled out of Afghanistan. India during this entire period was a silent partner of the Soviet aggressor.

During the 1990s Pakistan’s principal effort in Afghanistan was to help end the murderous civil war there. Pakistan’s concern about instability in neighboring Afghanistan is understandable as it directly impinges on its national security. Some of the covert and overt support Pakistan provided to various combatants inside Afghanistan was with hindsight, unwise, but the motives were to bring peace to the war-torn nation. What justification does India have to brazenly interfere in Afghanistan when it does not even have common borders with the country; perhaps Satish can better explain. He has in a way laid bare the Indian design in Afghanistan which is solely built on the edifice of using it as a platform to malign, hurt and cause harm to Pakistan, in a mad display of the zero-sum mentality.

Satish Chandra had served as the Indian High Commissioner to Pakistan from 1992 to 1995. A scion of a leading Indian business magnate Sir Sitaram he has been described as India’s leading scholars of the Moghul period and one of India’s most influential historians. His book, Medieval India, has been widely used as a textbook in schools and colleges around India. From a former diplomat and a scholar of repute, one would have expected a far more balanced view on world diplomacy.

While Pakistan can still survive and manage a recalcitrant and antagonistic Afghanistan, the latter has far more to lose if Pakistan is continued to be treated as an adversary.

Ambassadors and High Commissioners to foreign countries are expected to promote harmony and bring the nations closer; Satish Chandra, unfortunately, has behaved differently: his recommendation to his government to support the Afghan viewpoint on the Durand Line is purely intended to malign Pakistan. The Durand Line issue has not yet been resolved to the satisfaction of both Pakistan and Afghanistan but for most period of history between the two nations since 1947, it has not progressed beyond a debating point.

And contrary to what Chandra suggests, the Durand Line controversy would draw parallel to the McMahon Line that defines the boundary between British India and Tibet. The final 3 July 1914 accord lacked any textual boundary delimitations or descriptions.  The map lacked any initials or signatures from the Chinese plenipotentiary Ivan Chen; however Chen had signed an earlier, similar draft on 27 April 1914. Disputed by China as Tibet according to them was not a sovereign state and any accord with it would hence be null and void. Even Tibet considers the treaty invalid.

While Pakistan can still survive and manage a recalcitrant and antagonistic Afghanistan, the latter has far more to lose if Pakistan is continued to be treated as an adversary. Its geography as a landlocked nation makes its trade, commerce and access to the seaports dependent on maintaining a good or at the minimum a working relationship with Pakistan. If the dormant issue of the Durand Line is actively pursued by Afghanistan with the support of India as Satish implies, it would end any hope of reconciliation between Pakistan and Afghanistan. That such a recommendation by a reputed scholar and former diplomat is being put forward suggests that the gentleman is no friend of Afghanistan and just wants to use it to promote the nefarious designs of weakening Pakistan, even at the cost of causing severe damage to the so called friend.

As foreign troops exit Afghanistan, Hazaras fear for their lives